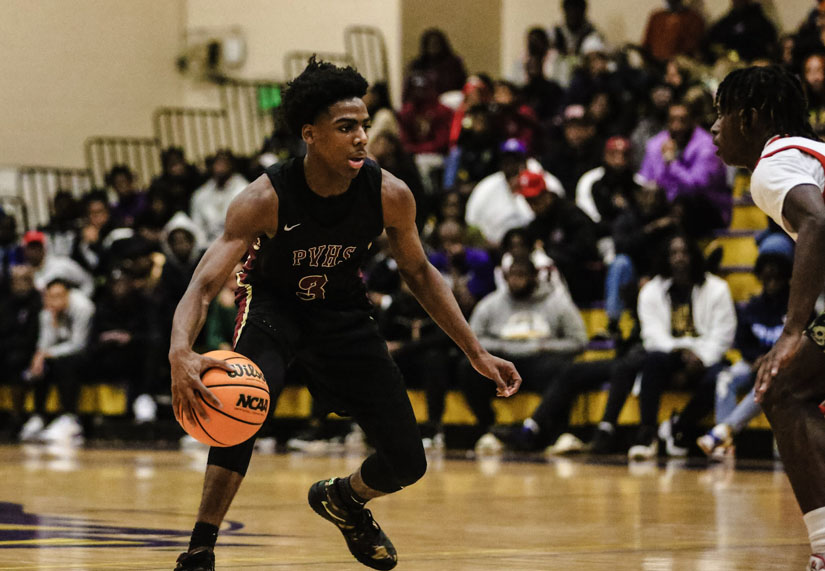 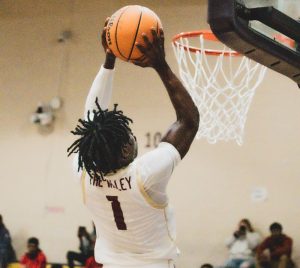 The Indians improved to 7-0 on the season as they look to improve on a 2021-22 campaign in which they reached the Sweet 16 of the Alabama High School Basketball Championships.

Pinson Valley started the tournament in fine fashion, dismantling Blount High School from Mobile in a high-scoring contest, 94-61 on Monday, Nov. 21. The Indians knocked down nine of 26 three-point attempts during the 33-point win.

“We kind of got off to a slow start Monday,” said Pinson Valley Head Coach Darrell Barber. “In the second half, we kind of found our rhythm and were fortunate enough to pull away from them.”

Junior Guard Caleb White and Senior Terry Coner led the Indians on all ends of the floor with solid performances overall.

White scored 28 points and was 10 for 18 from the floor, one for five from three-point range, and nine for 13 from the free throw line. He also chipped in with four rebounds and three steals during the win. Coner had 25 points, eight rebounds, and three steals.

The Indians then faced Midfield, Barber’s old school on Tuesday, Nov. 22. On paper, this game promised to be an exciting, high-scoring affair, however, what fans got was the exact opposite, as the Indians pulled out a 47-37 win over the Patriots.

Midfield’s head coach, Courtney Jones, was an assistant coach for Barber during his tenure as Patriots coach. Both teams play a similar up-tempo style, but the two squads accounted for only 84 total points and each had quarters scoring in single digits — Pinson Valley with nine points in the third period, Midfield with only five in the fourth.

“We knew that was going to be a dog fight,” Barber said. “Ironically, everyone was ready for a shootout because we have similar styles, but it turned out to be a defensive slugfest.”

In the tournament semi-final, Pinson Valley faced the host team, the Fairfield Tigers. The Indians’ offense was back in the zone after struggling against Midfield, defeating Fairfield 72-52. Pinson Valley held a 10-point lead over Fairfield at halftime but was outscored 12-10 in the third, cutting the lead to eight points. However, The Indians’ shooters woke up in a big way in the final period, outscoring the Tigers 26-14.

“They actually played well against us for three quarters, then we pulled away in the fourth quarter and ended up winning by 20,” said Barber.

In the final, Pinson Valley faced Lee High School out of Montgomery. The Generals came into the championship game with a record of 3-1, including Heritage Thanksgiving Tournament wins over Shades Valley (54-37) and Carver (56-45).

From the opening tipoff, Shades Valley dominated in all aspects of the game, holding the Generals to single-digit point totals in the first and second quarters, and holding a commanding 40-14 lead at halftime. The Indians didn’t miss a beat in the second half en route to a 39-point win, 81-42.

“We’ve been playing some good ball, but we have a tough road ahead,” said Barber. “It’s good to get off to a good start.”

After a break for Thanksgiving, Pinson Valley will be at home for the first time to take on Paul W. Bryan High School in a non-region matchup on Thursday, Dec. 1. Tipoff is scheduled for 7:30 p.m.