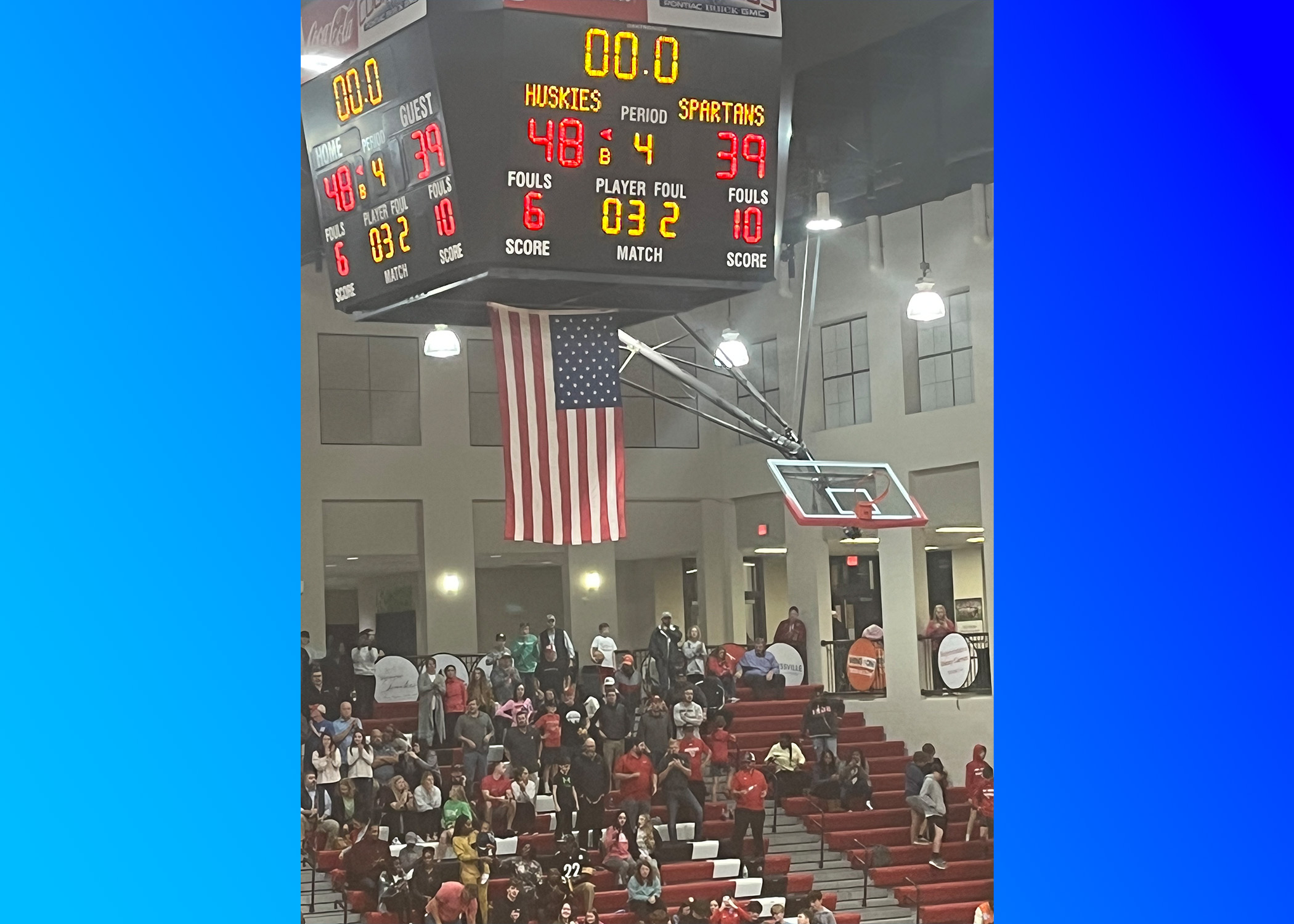 By Zack Steele, For The Tribune

TRUSSVILLE — Hewitt Trussville’s Legion Gaston drew the toughest assignment on the floor Tuesday night. Hold Ty Davis, arguably the best player in the state, in check and give his team a chance to knock off perennial powerhouse Mountain Brook. 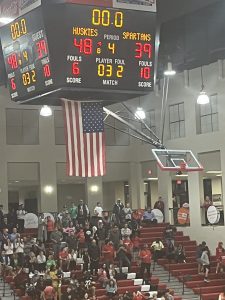 Gaston was up to the challenge, holding Davis to just 12 points. And for good measure, Gaston threw in sixteen points of his own, including four critical three-point baskets.

“Legion Gaston’s defensive effort was amazing,” Hewitt head coach Jeremy Monceaux said. “To hold Ty Davis to 12 points while doing what he did on the offensive end was just a special performance, and it carried our team.”

Hewitt’s entire team had a special performance on the defensive end, holding the Spartans to 39 points.

“We felt good about our defensive plan, and we executed at a pretty high level for 32 minutes,” Monceaux said.

The game was even the entire way, with Hewitt holding a 2-point lead after one quarter. Mountain Brook would lead 23-21 at the half. Hewitt would take the lead back at the end of the third quarter.

Lacking depth against a relentless defense like Mountain Brook, one might have thought Hewitt would wilt in the final stanza, but the Huskies played absolute lockdown defense in the fourth quarter while hitting three crucial three-pointers on the offensive end.

Emeka Anwah hit a big three to put the game out of reach with about two minutes to go. From there, Bryant Bank Arena erupted into celebration.

“I thought our entire team locked in the whole game on both ends,” Monceaux said. “Legion Gaston and Emeka Anwah played almost the entire game and just kept battling. The fans were amazing, Bryant bank Arena was rocking, and that was a great win for our program.”

Hewitt improves to 6-2 and will host Park Crossing of Montgomery Friday night at Bryant Bank Arena.