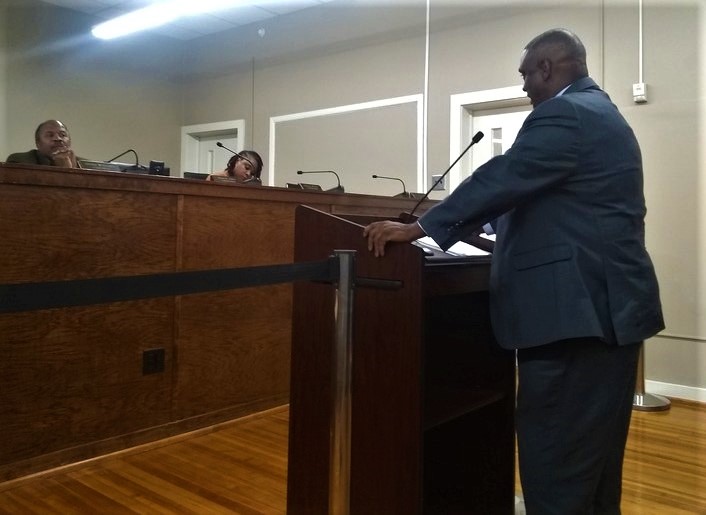 CENTER POINT – Jefferson County Schools Superintendent Dr. Walter Gonsoulin gave a presentation to the Center Point City Council at a meeting on Thursday, Dec. 1, where he noted the highlights of local school performances. 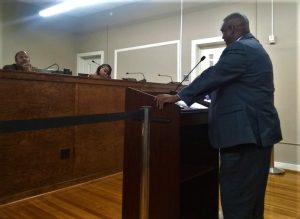 Gonsoulin spoke on the report cards released by the Alabama Department of Education, grading each school based on their students’ performance. Center Point High School received a score of 59, while Erwin Middle School was graded 70, and Erwin Intermediate School and Center Point Elementary were both graded 65.

At Center Point High School, 3 percent scored proficient in English language art and 1 percent in math, with chronic absenteeism being 33 percent. The graduation rate was 85 percent. The college and career or CCR readiness rate was 78 percent. Gonsoulin said that the county is working to close gaps in CCR rates.

“The state has just passed an item that starting next year, everyone graduating from high school would have to have a CCR,” Gonsoulin said. “So we’re going to have to be very, very intentional about making sure that our children are one of those particular things so they can receive their diploma.”

Later Councilman Glenn Williams asked Gonsoulin what could be done to alleviate absenteeism in schools.

“There are certain things the school system is prepared to do,” Gonsoulin said. “We’ll take care of the academics. We will take care of the five times seven, I promise you. We’ll take care of all of that, but we need some help from you and also the parents and the constituents of Center Point to express the need for our children to attend school. And so we would like help with the messaging for that.”

Gonsoulin spoke on other ways to improve student performances, including Signature Academies, a program designed to increase student engagement. Board of Education member Stephanie Floyd later spoke and addressed absenteeism, saying that incentives, such as parties for those with perfect attendance, can be made.

Two spoke during public comments. Jay Owens voiced his concerns about the number of traffic tickets being given out in the city, asking the council to “let up.”

Patricia Jamieson then spoke on waste pickup. She asked the council to consider establishing a program where citizens can pay for waste pickup.

Councilwoman Tiffany Moore thanked Jamieson and said that the city is indeed working on potential management but did not want to specify any further details yet as a concrete plan is not in place yet.

Center Point City Council meets on the first and third Thursdays of every month at City Hall on 2209 Center Point Parkway. Pre-council is held at 6:15 p.m., followed by the meeting at 6:30 p.m. Livestreamed meetings can be seen on the City of Center Point’s Facebook page.