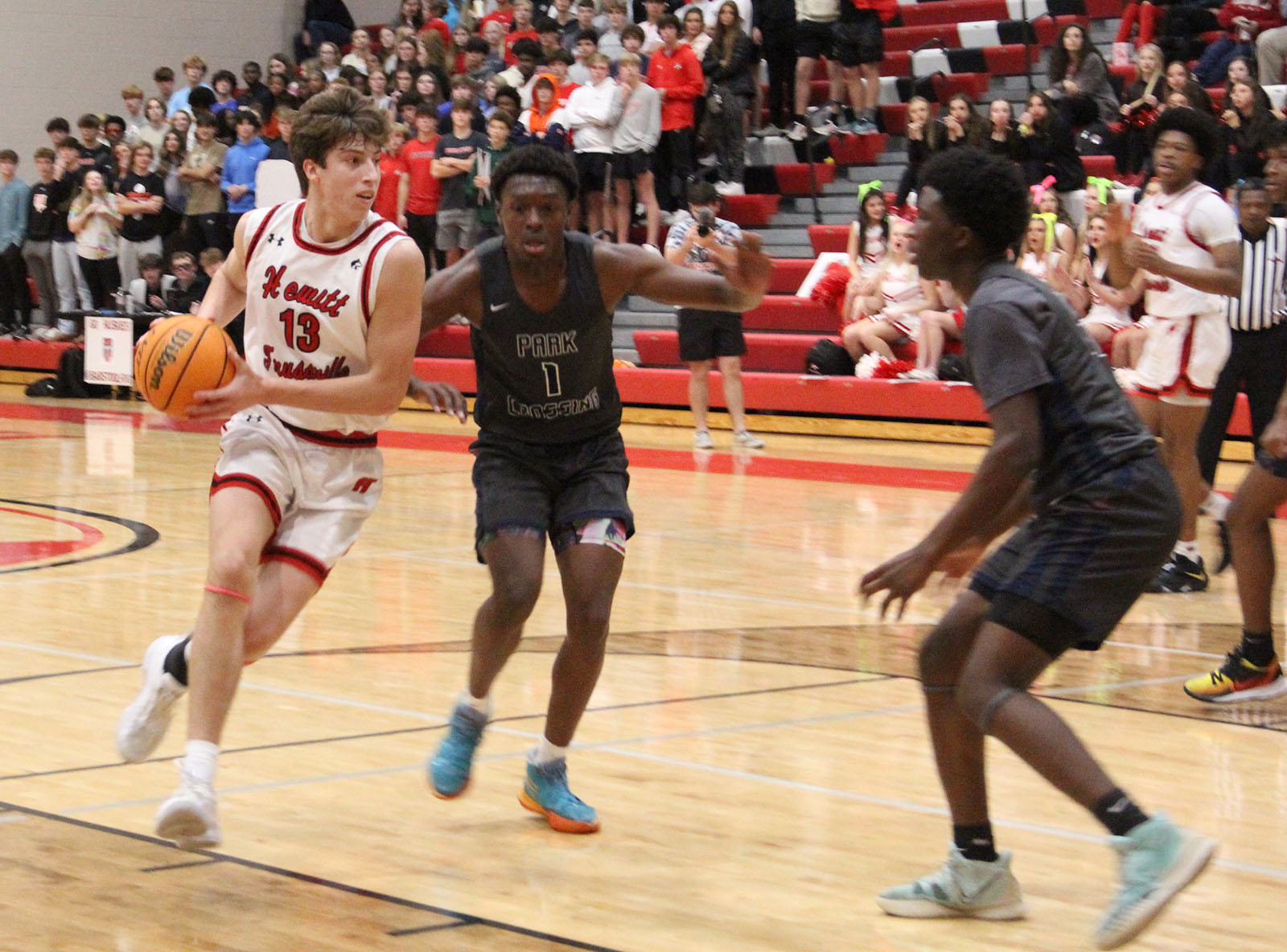 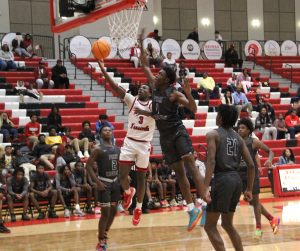 The first three quarters of the game were uncomfortably close as the Thunderbirds managed to keep pace with Hewitt-Trussville, despite a solid defensive effort by the Huskies.

Offensively, however, the Huskies had trouble getting in rhythm, even as they were able to move the ball around and drive the basketball reasonably effectively most of the night.

The Thunderbird’s quick hands combined with some uncharacteristic turnovers and a basket that seemed to have a restraining order against the Husky’s shooters, particularly from behind the three-point line. Hewitt-Trussville only sank five of 11 three-point attempts, including two clutch long-range shots from senior guard Legion Gaston in the fourth quarter.

“We were coming off a little bit of a high from Tuesday’s game. I felt like we were kind of dragging around a little bit,” said Monceaux. “But we have some senior leadership and they dug deep tonight.”

Senior guard Ray Rolley had nine points while senior Gaston had 11 points, including his pair of three-pointers that broke the game open for the Huskies in the fourth quarter.

“Legion Gaston hit some huge shots and Ray Rolley was really strong with the ball,” said Monceaux. “That’s what you’ve got to do, You’re not going to have your fastball working every night. Sometimes you just have to be tougher than the other team, and we were tougher than them tonight.”

Additionally, junior Reid Stodghill had a standout game on both ends of the floor. A lanky center standing at six feet, eight inches tall, Stodghill was a commanding presence in the paint blocking shots and thwarting the Thunderbird’s ability to get an inside game established. Stodghill was also the scoring leader for Hewitt, scoring 18 points, and was an impressive six for nine from the freee thrown line.

“Reid played really solid,” Monceaux said. “One thing we’re trying to work on with Reid is when the other team has a physically imposing guy like they did with some athletes, is stepping up to the challenge,” siad Monceaux. “I thought he was a little shaky early but he settled in and played a huge role in the game. I think Reid had every rebound in the fourth quarter.”

“We knew coming in it was going to be a physical game and we had to dominate the boards and in the posts,” Said Stodghill. “Our guards did a great job handling the ball, so we just had to come in and execute.”

With the win, the Huskies improve to 7-2 and are one win away from matching their win total in 2021-22. In his first year as head basketball coach, Monceaux has breathed new life into a program that has not had a winning season since the 2017-18 campaign.

While it’s still early in the season, it’s clear Monceaux has brought a new level of excitement to Hewitt-Trussville basketball to the fans, student body, and, most importantly, the players.

Hewitt-Trussville hosts the Hillcrest Patriots on Monday, December 5. Tipoff is scheduled for 7 p.m.