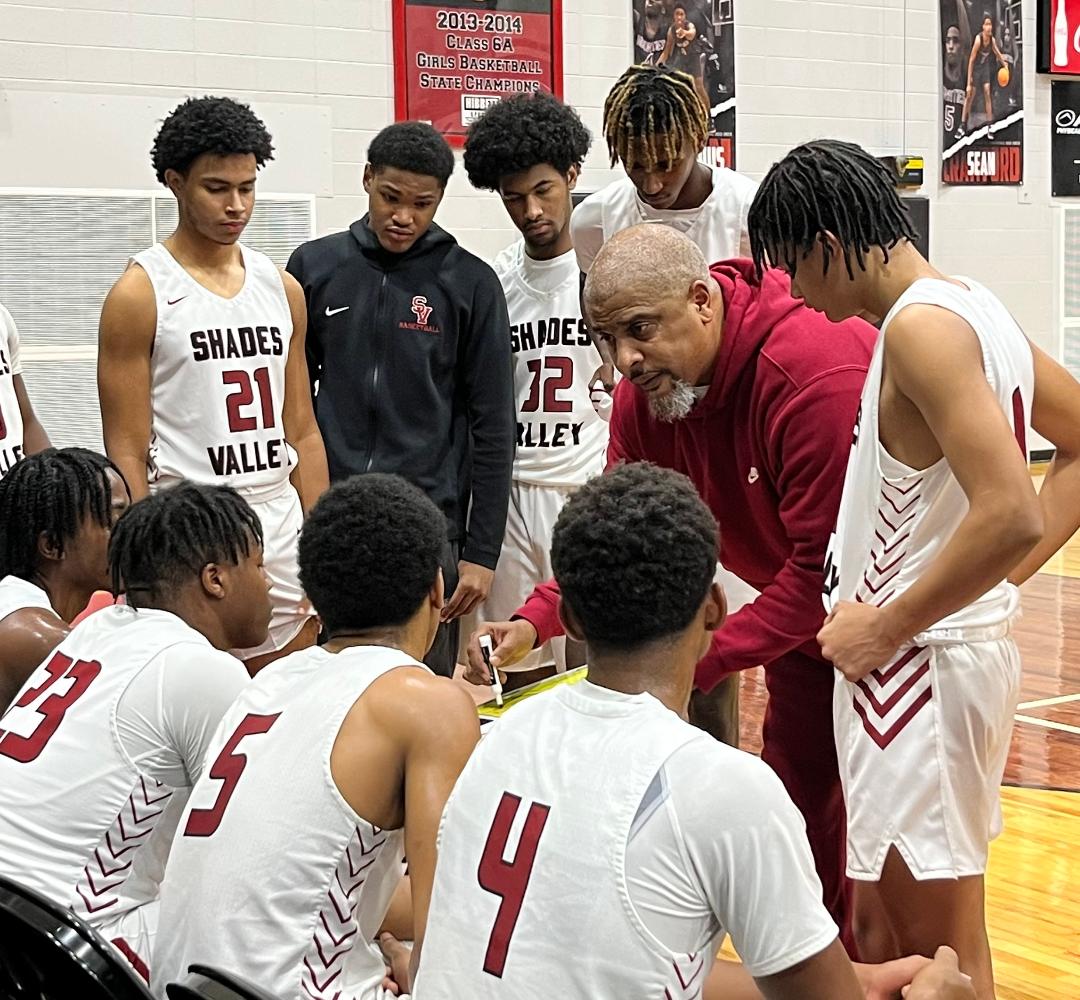 Irondale – Shades Valley (4-4) went into their rematch with Clay-Chalkville (3-5) on a three-game losing streak. From the opening tip, it was apparent this was going to be a different game than the Cougars’ 73-49 win last month. This time, the Mounties came away with a 62-59 win at home.

“The guys have done everything we have asked them to, and we’ve had some tough, rigorous practice to try to end this losing streak,” said Mountie head coach Audwin Howard.

The Mounties got off to a fast start with a thunderous dunk by senior Kendarius Irvin, who finished with 10 points and four rebounds.

“Kendarius stepped up,” Howard said. “He did some really good things offensively and defensively for us tonight.”

Shades Valley led 20-6 at the end of the first period.

Behind a solid defensive effort and the shooting of Jamarcus Jackson, who had 19 points on the night, and Sean Crawford, who added 14 points, the Mounties went to the locker room with a 38-21 lead at the half.

The Cougars, led by Devon McKinnon’s 29 points and Kevin Kirk’s nine points, stormed back in the third quarter and cut the Valley lead to nine, 49-40, as the two teams entered the final period.

Clay-Chalkville continued to cut into the Mountie lead with big baskets and crucial defensive stops. The Cougars tied the game at 54 apiece with 3:28 remaining.

Shades Valley broke the tie with a pair of free throws by Crawford that pushed the Mounties’ lead to 56-54 with 3:03 to play.

A steal by Jeremiah Williams, who had eight points on the night, and an outlet pass to Erin Callens for a layup extended the Mountie lead to four with 2:49 to play.

A Cougar three-pointer was waived off due to an official’s timeout, but Clay was able to pull within a basket to 58-56, on a short McKinnon jumper.

A pair of Callens’ free throws, after a foul by the Cougars on a drive to the basket, extended the Valley lead back to four with 1:49 to play.

A huge three-pointer by the Cougars’ Victor Odiari, who scored eight points, pulled Clay to within one at 60-59, with 61 seconds to go.

Valley’s Crawford drew a foul while driving to the basket. The senior calmly sank two free throws with 25 seconds on the clock to push the Mounties to a 62-59 lead.

The Cougars had one last opportunity to send the game to overtime but missed a three-pointer at the buzzer and the Mounties escaped with a win after a tremendous comeback by Clay-Chalkville.

“We got off to a fast start but went back to our old ways,” Howard said. “I like how the guys fought hard and finished.”