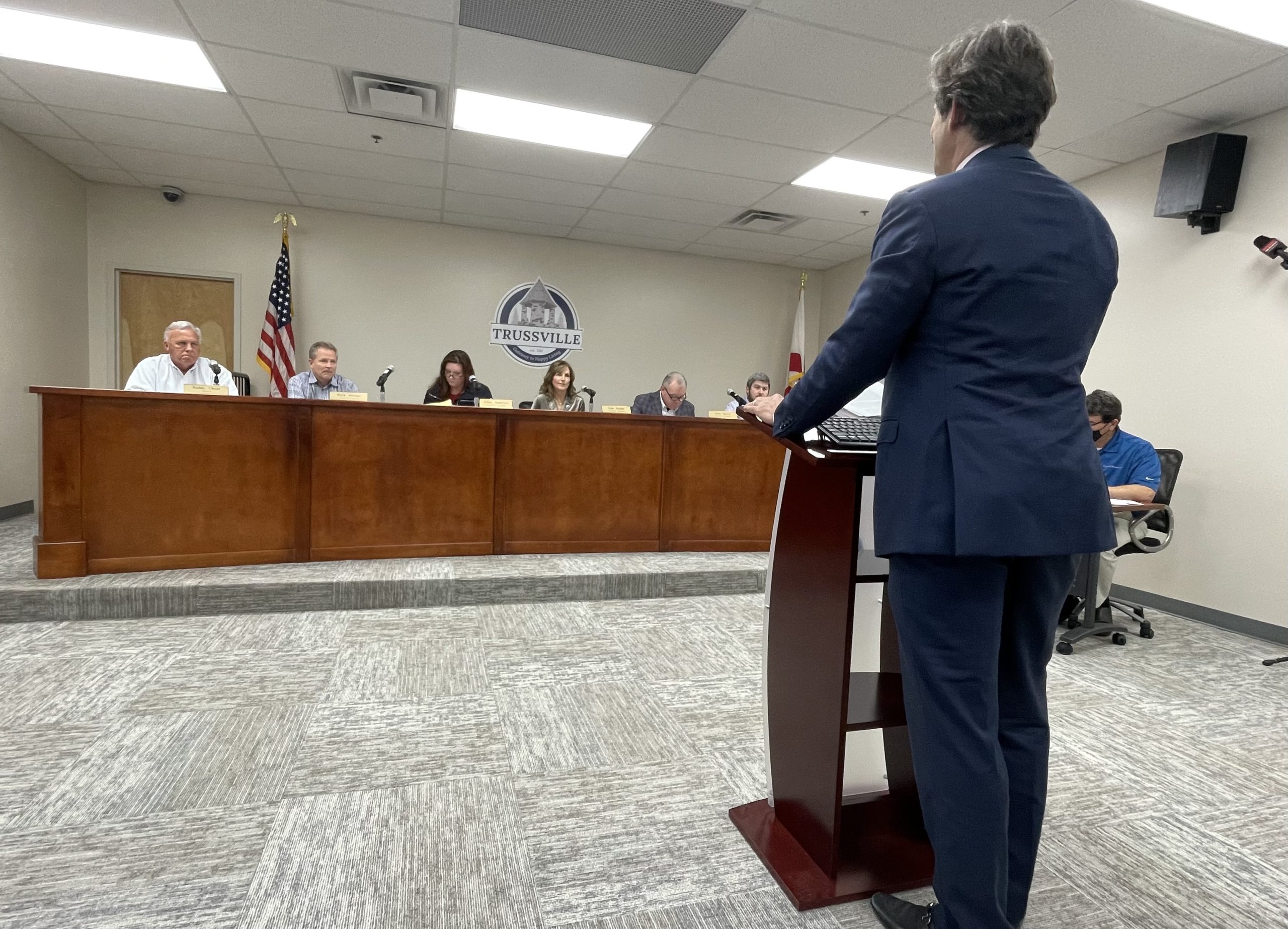 Rob Kanter with Bradley Law Firm addressed the council during the special called meeting on Thursday. (Photo by Hannah Curran) 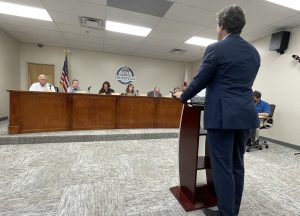 Rob Kanter with Bradley Law Firm addressed the council during the special called meeting on Thursday. (Photo by Hannah Curran)

“The bonds are sold, and all this was tonight is the PBA has signed off on it, and the council just approved it,” Mayor Buddy Choat said.

The PBA, a political subdivision of the State of Alabama, was created by the City pursuant to Chapter 56 of Title 11 of the Code of Alabama 1975, as amended, in order to own and lease certain public buildings to the city.

Rob Kanter with Bradley Law Firm, Chris Williams with Rice Advisory, and Ken Funderburk with Stifel were all present during the meeting to answer any questions from the council.

“The purpose of this financing is to obtain funds for the construction of two projects, a new fire station and an expansion to your Civic Center complex,” Kanter said.

Kanter explained that these bonds are being issued through the PBA.

“Usually, when the city incurs debt, it’s the city of Trussville that promises to pay it back,” Kanter said. “In this case, the PBA are the ones promising to pay back, but the money they pay comes from the city. So really, this is a city obligation, for lack of better terms, money that you, the city, pay to the authority gets pledged to the bonds to pay the bonds.”

Kanter said that the authority is just a paper entity; it doesn’t have employees or staff, and it’s being used solely to issue this debt so that it doesn’t count on the city’s constitutional debt limit.

“It doesn’t count against our constitutional debt limit that each city has,” Choat said. “This allows us to continue to look if we have other needs that we as a city could go the bond market, that does not hurt us as far as what we need. If we need to come up with another short-term bond of $8 to $10 million down the road somewhere. At least this does not count against that.”

This doesn’t count legally as a debt of the city, which frees up the city’s ability and capacity to continue meeting city and citizen needs for roadway improvements and other things that have to be done as Capital D Debts.

The city will be building a project on behalf of the PBA with the proceeds of these bonds. After it’s built, the project will be leased by the PBA to the city, and that lease agreement is another document the city approved tonight. Under that lease agreement, the city agreed to make lease payments equal to maturing installments of debt on the bonds.

The proceeds of which will be used to pay the costs of an addition to the public civic center in the city and for a new fire station in the city, respectively, for lease to the city from the PBA, which such ordinance shall authorize and approve, among other things,

“Through our PBA, we had talked about what the funding will be to pay for a new fire station and the expansion of the civic center,” Choat said. “Those are two items we have always talked about; those two of the three items that we talked about PBA being established for. So two-thirds of what we want to do was approved tonight.”