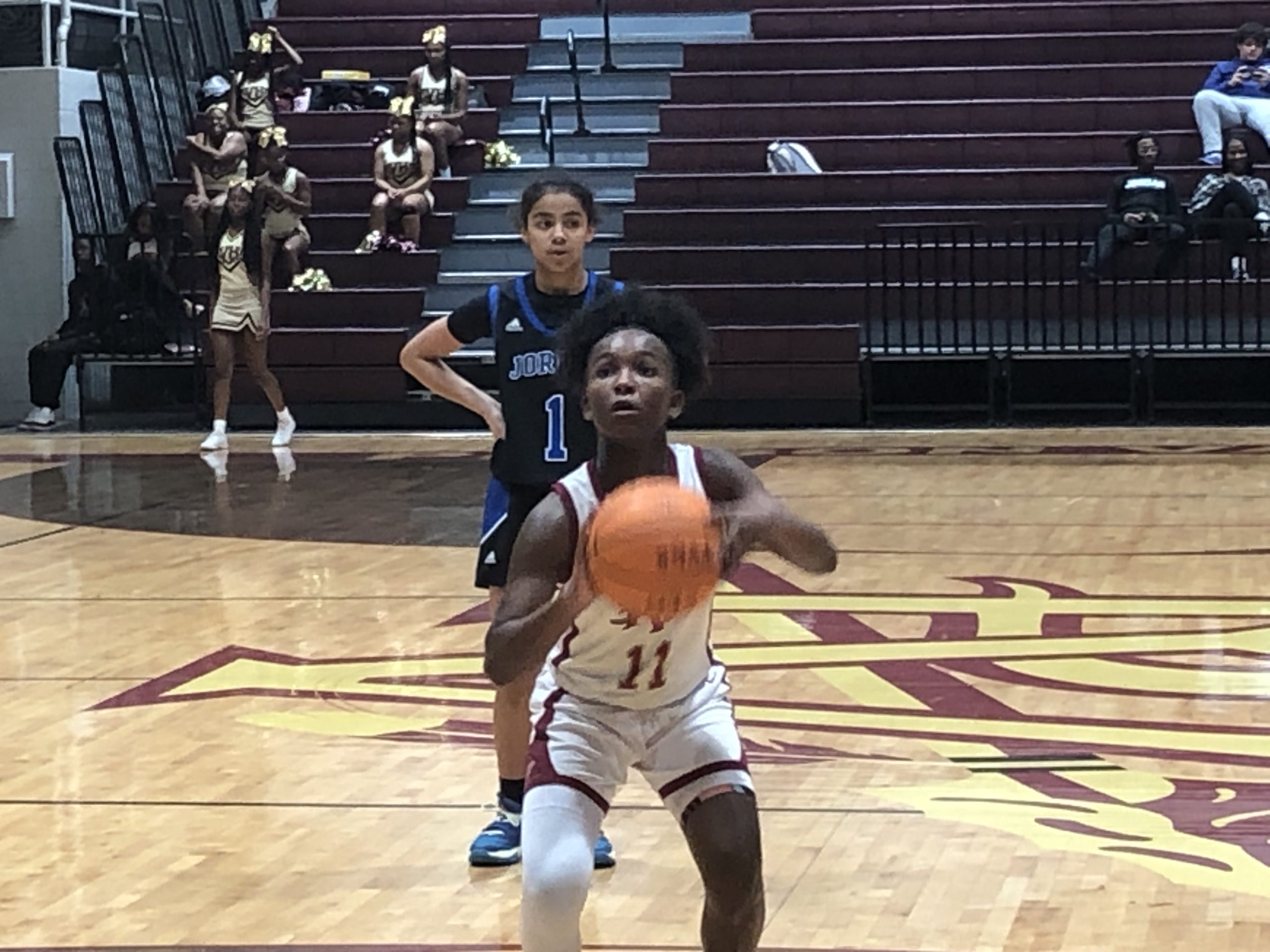 Lady Indians take one on the chin, losing to Mortimer Jordan 71-35

PINSON – The Pinson Valley lady Indians’ difficult season continued on Thursday night as the Mortimer Jordan Blue Devils came to the Reservation and beat the home team by 36 points. 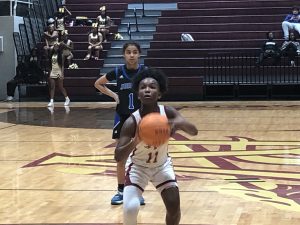 The Devils started out on fire and never looked back. Mortimer Jordan would outscore the Indians in the first quarter 17-8. Pinson would be led by Alissa Hawkins, who had 5 of the 8 points, and Richele Crawford who had the other 3.

Pinson would find a little more success on the offensive side of the ball in the second quarter, but they could not stop Mortimer Jordan’s offense. Crawford would score 5 points to lead her team to an 11-point effort in the second, but the Devils would score 23 on them. At the break, the score would be all Blue Devils, 40-19.

Mortimer Jordan would continue scoring in the third with 18 points. Hawkins would score 8 in the period to lead the Indians but only 2 more points would be added to the total and they would be outscored again by the Devils, this time 18-10. It would be 58-29 heading into the fourth quarter.

As the substitutes trickled in, Mortimer Jordan’s scoring would slow down as they would only put up 13 in the quarter, still outscoring Pinson, who scored 6 themselves. Hawkins would lead scoring again, this time with 4 points in the period. The final would be 71-35.

Pinson was led in scoring by Alissa Hawkins, who had 19 points on the night in a spectacular effort. She would be followed in scoring by Richele Crawford with 10 points.

“Our biggest thing is, we teach them to play hard. They played hard the whole game, despite the score. Weather we are up by 40 or down by 40, we are going to play hard,” said interim head coach Jeff Anderson, who was filling in for Karisma Chapman. “Our record is like 3-14, but if we eliminate the mental mistakes that we are making, we will get better. It will take time. We are real young. We had one Junior who played tonight. The rest are freshmen.”

The lady Indians will travel to rival Clay Chalkville on Tuesday night.