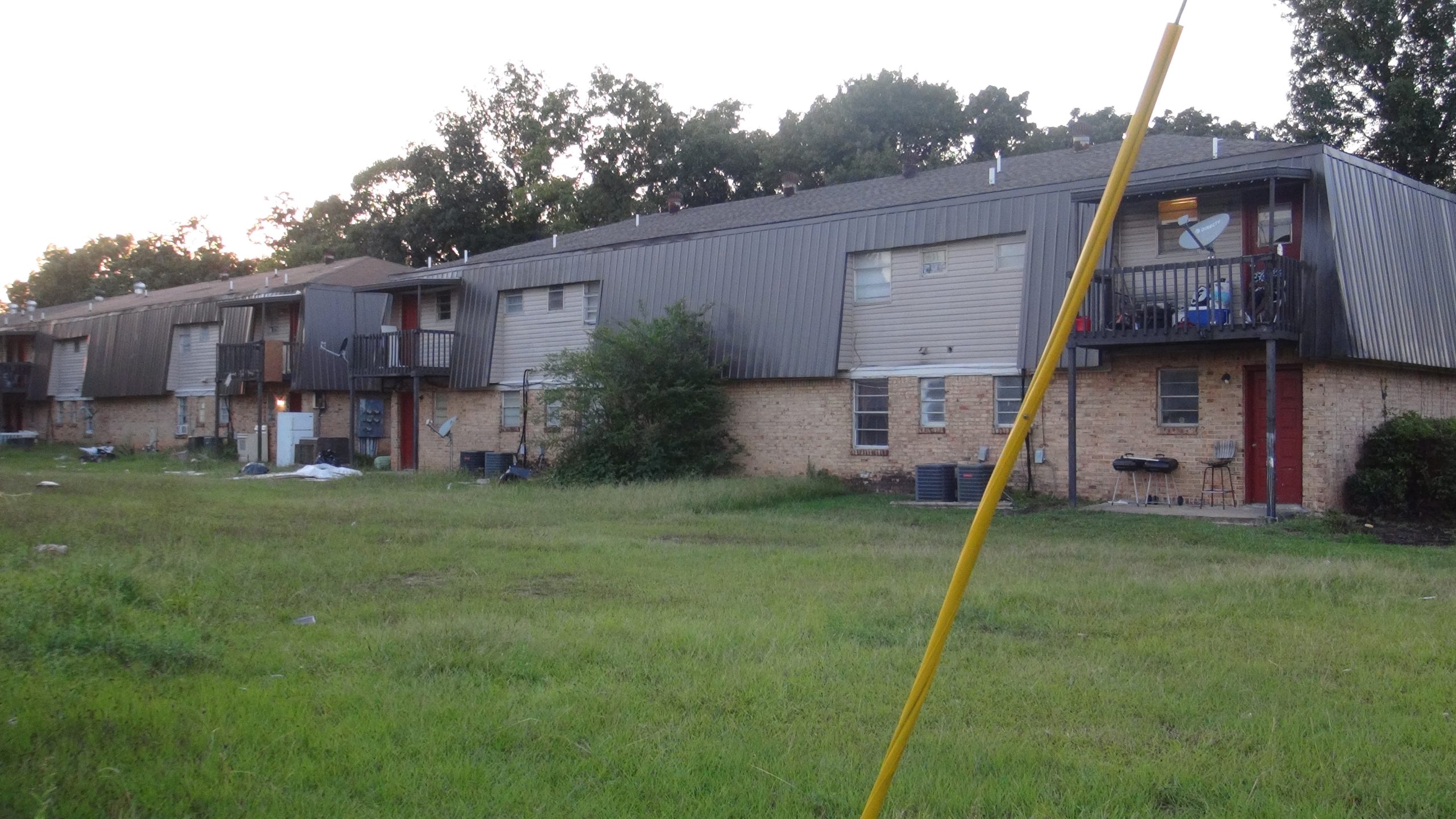 CENTER POINT — Fireworks broke out throughout a heated City Council over the condition of a pair of apartment complexes in City Point Thursday night. 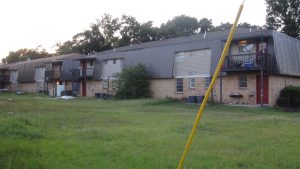 Natasha Turner, who, along with her daughter, lives in a separate apartment in the Upland Apartment complex, spoke to the council about the current conditions in the complex, especially in the ground floor units.

Turner lives on the top floor, while her daughter, who was unable to attend the city council meeting due to her work schedule, lives on the bottom floor, which Turner says shouldn’t be occupied by anyone.

Turner’s account piggybacked on the comments from another resident, Kimberly Berry, during the last city council meeting on January 5, detailing such problems as lack of heat in some units during the record cold snap in December, rat infestations, and lack of trash removal for months at a time.

“In my opinion, and I still live upstairs, those apartments need to be condemned,” Turner said. “The need to be demolished. It’s uninhabitable.”

Turner added that there has been no maintenance or security at the complex since at least December 2022 and that moving out of the apartment building is complicated since she says there is no staff in the office to verify the rent payment history of the current residents.

“They can’t move into another apartment because there’s no one for us to call,” Turner said. “I don’t know what the guy who owns it came over here and told y’all, but I promise you he’s lying.”

Joining the meeting via Zoom from their offices in New Jersey, Capstone Realty & Management founders Sammy Soro and Jerome Menchel defended the steps they’ve taken to improve the buildings since purchasing the properties in mid-2022.

“I’m sure you guys are well aware that the property was in a lot worse condition six months ago,” Soro said. “We came with a plan which was an 18-month plan, and I think any reasonable would agree that to turn around such as heavily distressed property is not something that happens overnight.”

Soro highlighted the work his subcontractors have undertaken since purchasing the Southwind and Upland properties, including repairing dilapidated balconies and porches, cleaning out vacant units, exterior painting, and other improvements. However, Soro said they have also had to deal with squatters and with residents who, he said, haven’t paid their rent in many months.

“The issue that we are running into is there are 25 tenants there; maybe five pay their rent,” Soro said.

He added that the previous owner promised Capstone that the property would be unoccupied by the time Capstone took over as owner.

“The property he’s speaking of is Southwind. He’s not talking about where we live,” Turner said.

She continued telling the council that neither she nor any residents she has interacted with have been presented with leases from Capstone.

Soro volleyed back, claiming that the company did reach out to every tenant on record by email, “begging” them to come into the office to sign a new lease, but no one has done so at this time.

“I could spend my time arguing. The point is we’re not asking anybody to stay there,” Soro said. “The fact is we have begged them to resign the lease and give us their information. We can try to help them with rental assistance.”

At this point, Turner interjected, stating that she is home most of the day and had not had anyone representing Capstone come to her apartment asking her for any information. She also rebutted Soro’s accusation that she doesn’t pay her rent. Turner told the council that she has paid her rent through December but has, so far, refused to pay her rent in January due to upkeep and maintenance issues.

Turner added that her husband, who owns a landscape business, often comes home and cleans up around the property. Later, Soro claimed that has no record of Turner or her daughter being legitimate renters and accused Turner of delivering targeting Capstone.

“I don’t know if she has something against us because her husband used to do maintenance, and maybe we didn’t hire him, but I would rather not get into that,” Soro said.

At this point, Council President D.M. Collins broke in, admonishing Soro for attempting to brush off the living conditions of the Upland apartment complex by focusing on the credibility of Turner and other outspoken residents.

“I advise you not to defend the conditions that they are living in; I don’t think that would be in your best interest,” Collins said. “I feel like that’s what I’m hearing, and that’s not okay.”

Center Point Mayor Bobby Scott said that while Soro and the Capstone team have been responsive in the past, including spending close to $700 fixing some of the issues brought up at the last council meeting, he believes the issues raised Thursday night could have been handled better.

“I think it was a misstep to accuse all tenants of that complex of being bad,” Scott said. “However, they have been very responsive up to this point, but I can understand why they would be on the defensive.”