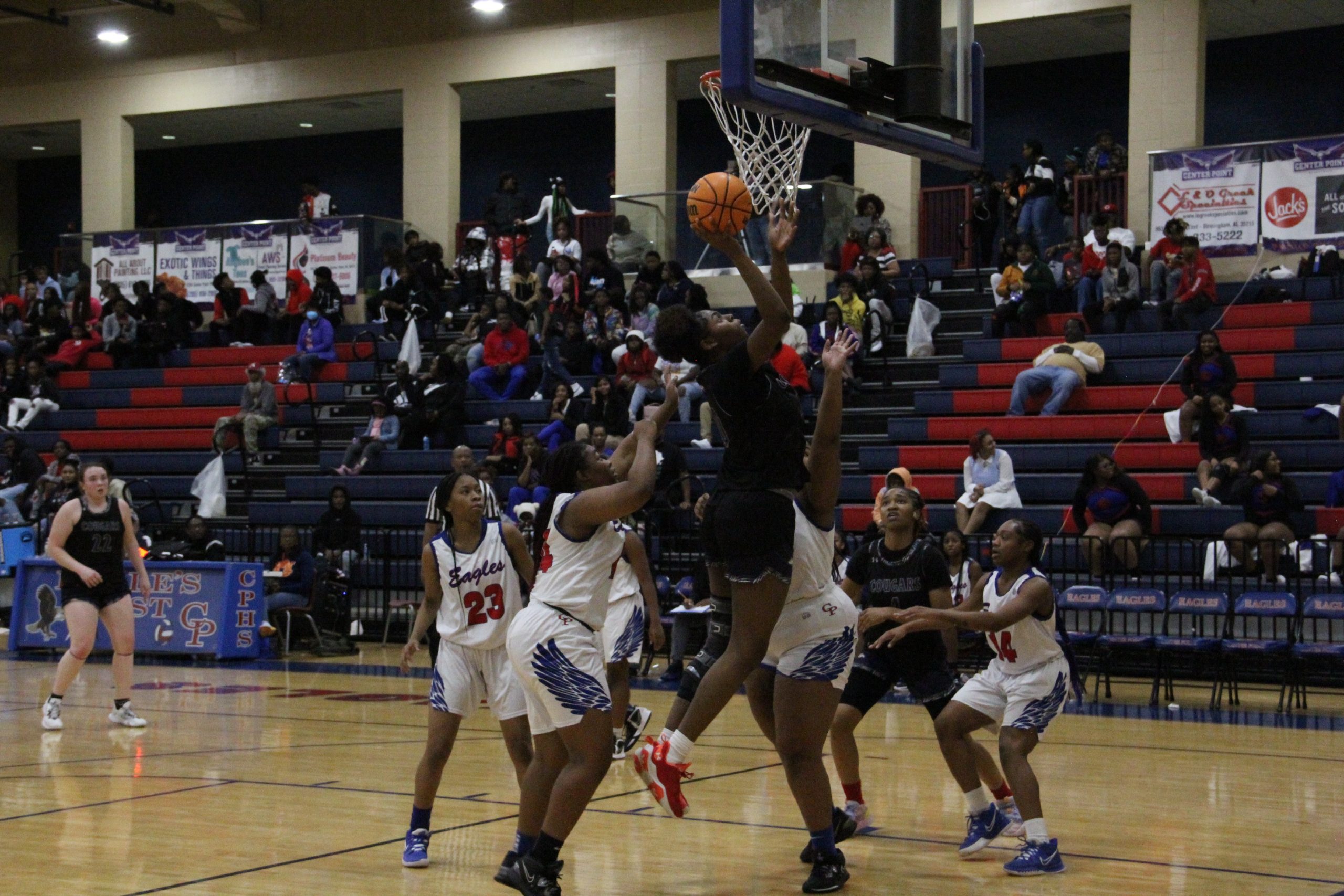 By Loyd McIntosh, For the Tribune

CENTER POINT – The Clay-Chalkville Lady Cougars improved to 17-6, 2-1 in 6A Area 12 play with a 30-point on the road in Center Point Friday night. 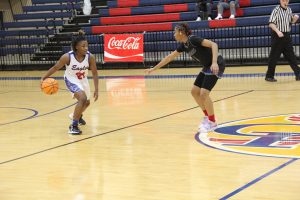 The Lady Cougars came into the contest 1-1 in region play following a hard-fought loss on the road to Mortimer-Jordan a week ago, 66-59.

On this night, the Lady Cougars were in control from the opening tip-off, running the floor for easy points in transition and employing an effective high-pressure, half-court defense that all but sealed off the Lady Eagles’ access to the lane like they were guarding Fort Knox.

Quarter by quarter, the Lady Cougars’ defense held Center Point to six points, seven points, four points, and one point respectively. The flow of the contest – points off turnovers, fighting for rebounds, creative passing in the set offense – are all in character for the 2022-23 Lady Cougars.

“I thought defensively we played pretty well. We’re not a real big pressure team as far as full-court pressing. We’re a half-court team, but we try to do a good job of being aggressive on the ball but still being in the gaps off the ball,” Clay-Chalkville Head Coach Kevin Conner said. “We try to force turnovers, but we don’t press a whole lot. Offensively we are limited a little bit at times, so if we can get more runouts off of turnovers it’s beneficial to us.”

The first quarter started with each team working to establish a rhythm in a low-scoring opening period. The Lady Cougars traded buckets with the Lady Eagles early on before eventually taking over, leading 14-6 at the end of the first period.

In the second quarter, the Lady Cougars pulled away, going on a 20-7 run to lead 32-13 at halftime, essentially putting the game out of reach. Clay-Chalville extended their lead to 20 points, 37-17, by the end of the third quarter and allowed the Lady Eagles to drop in a single free throw in the fourth quarter.

“I thought in the first half we looked a little lackadaisical and our level of intensity wasn’t great, but by the middle of the second quarter I thought we picked up the tempo,” he added. “We have to clean some stuff up, but for the most part I thought it was a solid win.”

The Lady Eagles fell to 4-14 overall, 1-2 in area action, but we also without the services of their normal starting point, junior guard Brijourne Williams, who was out due to a concussion she sustained earlier in the week at Helena. Sophomore Gabbie Hopson was drafted into action as point guard, performing admirably despite her lack of experience running the Lady Eagles offense.

“I asked her to step up and be our ball handler tonight and I thought she did a good job. I’m proud of her,” said Center Point Head Coach Tamara Gills.

Gills said Williams is expected to be back in the lineup by the time the Lady Eagles travel to Gardendale on Friday, January 27. She said this was a good experience for Hopson who may be called upon to share time at point guard with Williams moving forward.

“I hope this gives her some confidence so when Williams gets back we’ll have two ball handlers who can lead us,” Gills said. “Even though it was a bad loss there were still some good things from what I saw.”