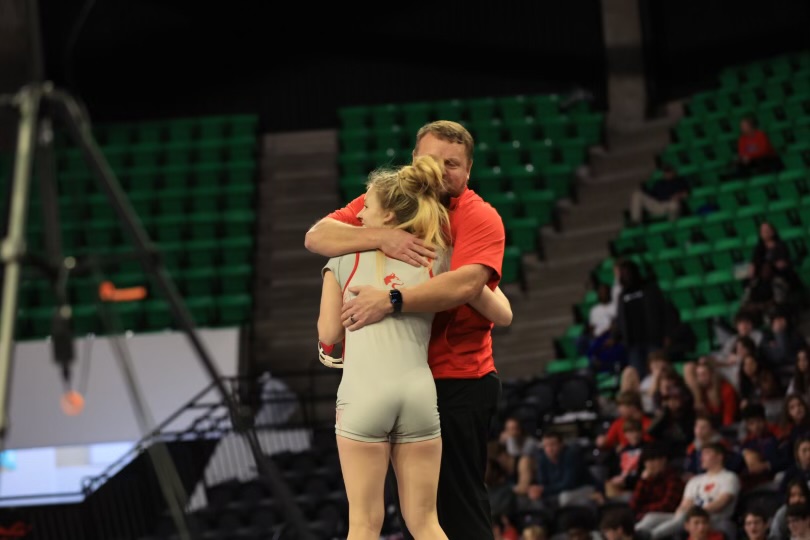 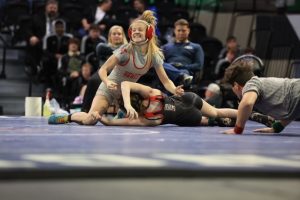 At Hewitt Trussville, Katherine Grigsby is changing the narrative.  “I always wanted to join wrestling since my brother started back in 2017,” said Katherine “Kat” Grigsby.  “I was always itching to go to his practices and get out on the mat.  My dad would always say no because he didn’t want me to wrestle boys.”

Katherine had to make some sacrifices in order to get here though.  “The decision to quit 14 years of gymnastics to join wrestling was really difficult for me, but it was the best decision I could have made.”

Katherine’s father, Kevin Grigsby, along with her mother, Angela, are very proud and thankful.  “Angela and I are so grateful that TCS added female wrestling this year and for the many opportunities afforded to our children here,” said Mr. Grigsby.  “The support of other parents, her teammates and especially our coaching staff with Coach Pike, Coach Robo, and Coach Ryan was overwhelming.  We are thankful that they were able to help her reach this goal.”

That goal?  Becoming Hewitt Trussville’s first-ever female state champion.  On Friday, Katherine competed in the Alabama State Championship for wrestling and came out on top, defeating Weaver’s Ali Anderson in the finals of the 114 lb weight class, capping off a 38-1 season and an undefeated weekend at 6-0.

Coach Chris Pike said, “I am proud of Kat for being a trailblazer for our school in the fastest growing sport in the state of Alabama.  I am hoping her success will translate to more young ladies coming out for wrestling.”

“Kat” admits that she was a bit anxious leading up to the match.  “Going into the day of finals, I was really anxious.  I didn’t want to let me team or my coaches down.  This is what I’ve worked for the whole season so I wanted to put my all into this match and leave it all on the mat,” said Grigsby.  “Before tournaments, I have my headphones in listening to Motley Crue, getting prepped for my match, and then it’s go-time.  Once the whistle blows, I just try to be in the moment.”

Being the first to accomplish this historic feat at a school so rich in wrestling history is a challenge that Katherine Grigsby is ready to embrace.  “I am just thankful I can be another state champion for the Hewitt Trussville Wrestling Team.  Being a role model for all girls hoping to join the team next season and to follow what they want to do is something I am looking forward to.”