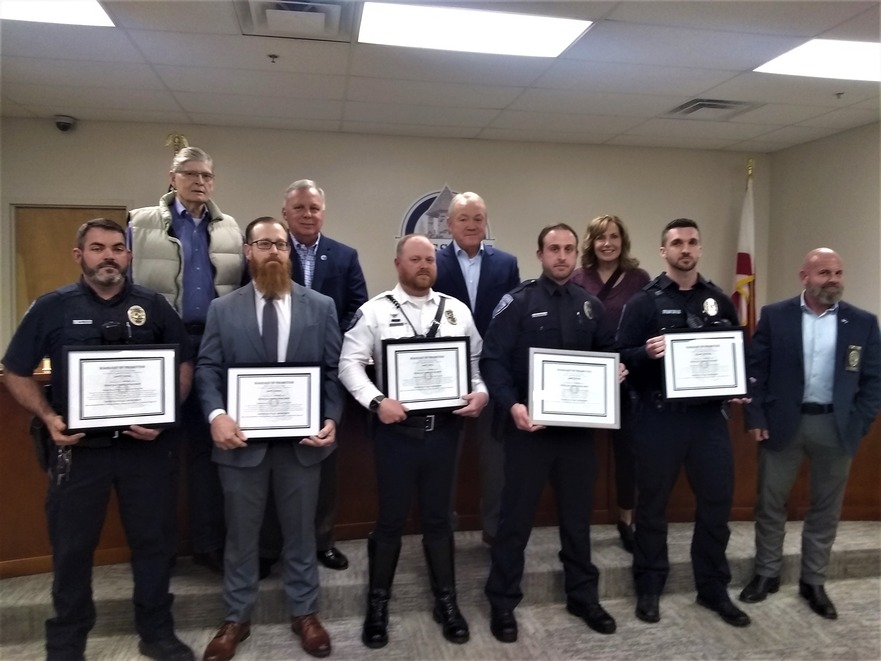 TRUSSVILLE – Five officers from the Trussville Police Department and Hewitt Trussville Middle School’s girls bowling team were recognized at a meeting of the Trussville City Council on Tuesday, Jan. 24. 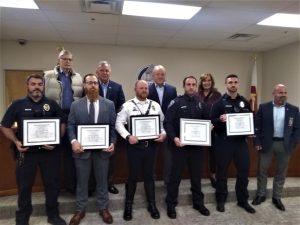 The council recognized the promotion of the officers to the rank of corporal.

“The city’s growing,” Police Chief Eric Rush said. “So that means the police department grows. Within that growth, we noticed the need for additional supervision in our ranks, so these corporal positions will fill that need. The corporal rank is a lead supervisor position, so we really needed that in our specialty positions more than anything.”

“Very, very proud of these guys,” Rush said. “They’re all excellent police officers. They do a great job.” 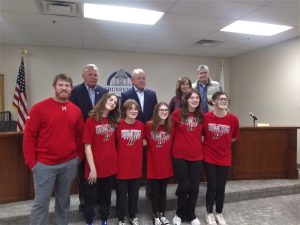 The proclamation, in part, states that “the fantastic five showed excellent team chemistry according to their coach by always encouraging them, encouraging each other and having a lot of fun.”

“I’m super proud of these girls, what they’ve done in two years under the program,” Adamson said. “Looking forward to what they do in the next with our varsity.”

The usual reports from Mayor Buddy Choat and the council were delayed for the next meeting as it was decided to go into executive session to discuss real estate and potential litigation.

The executive session lasted briefly before the council returned and Choat said that they had settled an agreement to close on purchasing the Glendale Farms property.

“We haven’t determined yet,” said Choat on what the property may be used for once it’s purchased. “We have a lot of options. We’ve had a lot of discussion about it, but until we own the property and we can do our due diligence, it’ll probably take us three or four months to overlay and decide what we want to do. We’ve got 230 acres to consider.”

The Trussville City Council meets on the second and fourth Mondays of every month at City Hall on 131 Main Street.