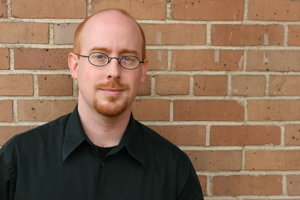 Yesterday’s editorial outlined reasons for hoping the new model for The Birmingham News is successful as they launch into the new age of journalism today.

One of the greatest concerns with the new model is whether or not the state’s largest newspaper would remain committed to state wide investigative journalism. Few media outlets have the resources to effectively take on such endeavors.  It is a legitimate concern. The Birmingham News has been highly decorated for their investigative stories, including breaking the Alabama 2-year college scandal which cost taxpayers millions of dollars.

Today, their mothership, The Alabama Media group, made a statement. But not with a press release or a news conference. The statement was much louder because it was made through their actions. They hired Kyle Whitmire.

Whitmire opened the day with three stories on justice for sale in Alabama, the Harpersville lawsuit, and government’s responsibility in using private companies in the court system
.

Unless you are a reader of alternative media such as Birmingham Weekly or Weld for Birminham, you may not be familiar with Whitmire. Simply put, he is the best investigative journalist in the state who hasn’t won a Pulitzer…yet.  While the news of this hire may not make politicians happy, citizens have reason to be elated.  Whitmire’s belief that government- all government- belongs to the people is routinely reflected in his work.

Media insiders have been aware of the move since Wade Kwon reported the story on the Media of Birmingham website at the end of July.  The story includes the not so happy response of Whitmire’s former partner at Weld, Mark Kelly.  Kwon also provided a list of Birmingham News staffers who would remain and who had been let go.

If you would like to familiarize yourself with more of Whitmire’s work, we recommend reading his unraveling of Larry Langford’s payola scheme or his story which established that Birmingham’s former mayor actually lived in Fairfield.