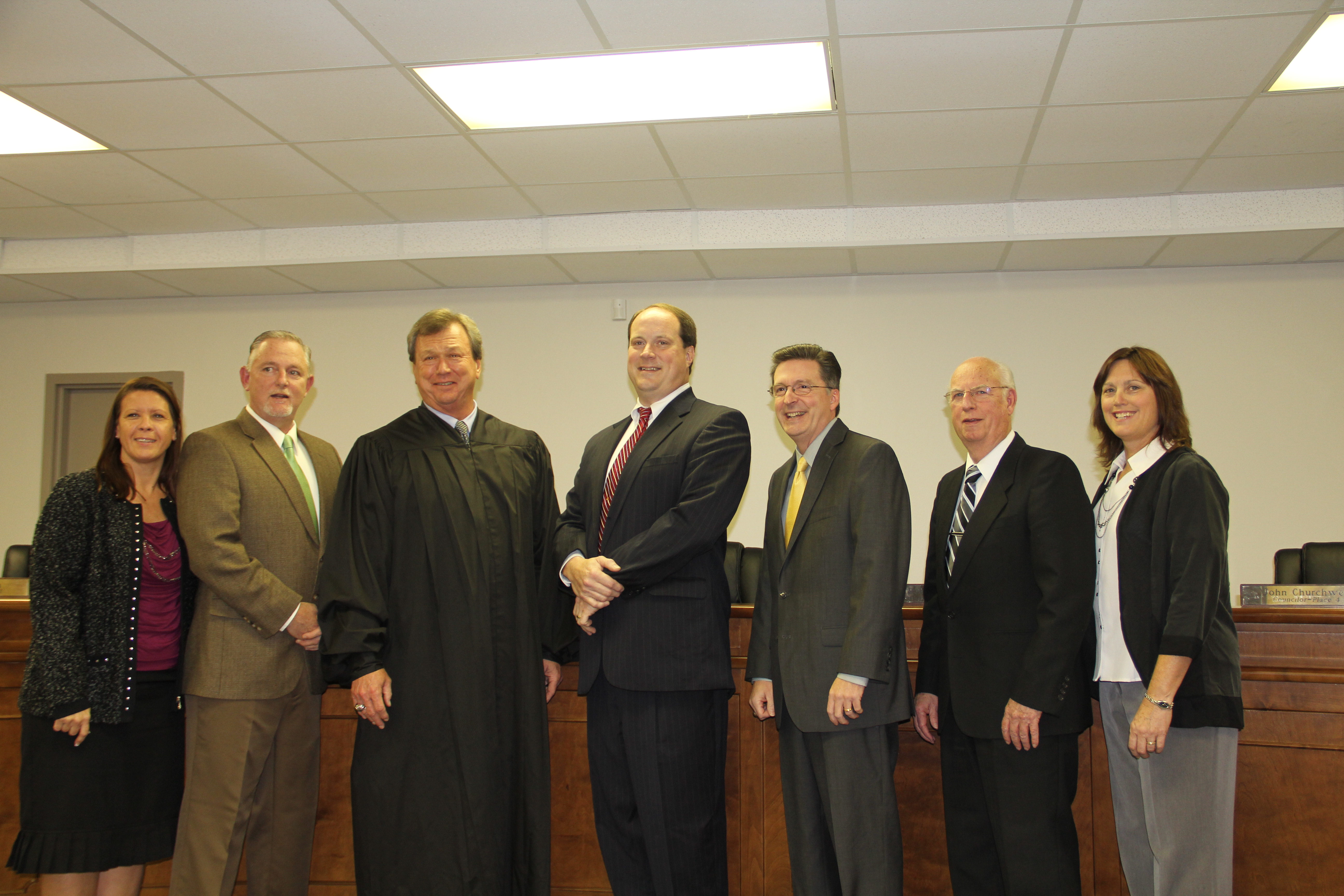 The Pinson City Council was sworn into office by Justice Mike Bolin on Monday. Bolin congratulated the young City of Pinson, established in 2004, on the progress that had been made in a short amount of time.

“I was here for your first election,” Bolin said. “This place is just wonderful. You should all be so proud.” 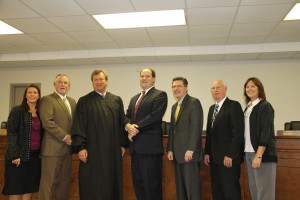 By unanimous decision, Marie Turner will remain in the combined position of city clerk and treasurer. John Churchwell has been named Mayor Pro Tempore, as well as the chairman of Annexation. Shane Black will remain as city attorney.

The council also ratified new rules relating to the deposit and expenditure of city money. The city clerk/treasurer will be given all checkbooks, account statements and other financial documents. Furthermore, the mayor, mayor –pro tempore and the city clerk/treasurer are to be listed as signatories on all accounts. Two signatories are required for any withdrawal of funds from city accounts. This does not include the library’s petty cash fund.

The biggest change to the city’s financial rules is the inclusion of a cap for non-emergency items that come up between regular meetings. Individual items are capped at $1,000, but the total of all items between meetings cannot exceed the $5,000 cap.

“We have been operating under this rule for a while now,” Sanders said. “This just adds the language to our resolution.”

The major change to the procedural ordinance comes from Section 10, which establishes a 48 hour rule.

According to Section 10 of the ordinance, “All motions, resolutions and ordinances (whether or not the same are intended to be of permanent operation) shall be in writing at the time of their introduction and shall have been presented to the members of the council a minimum of 48 hours before the meeting at which they are introduced.”