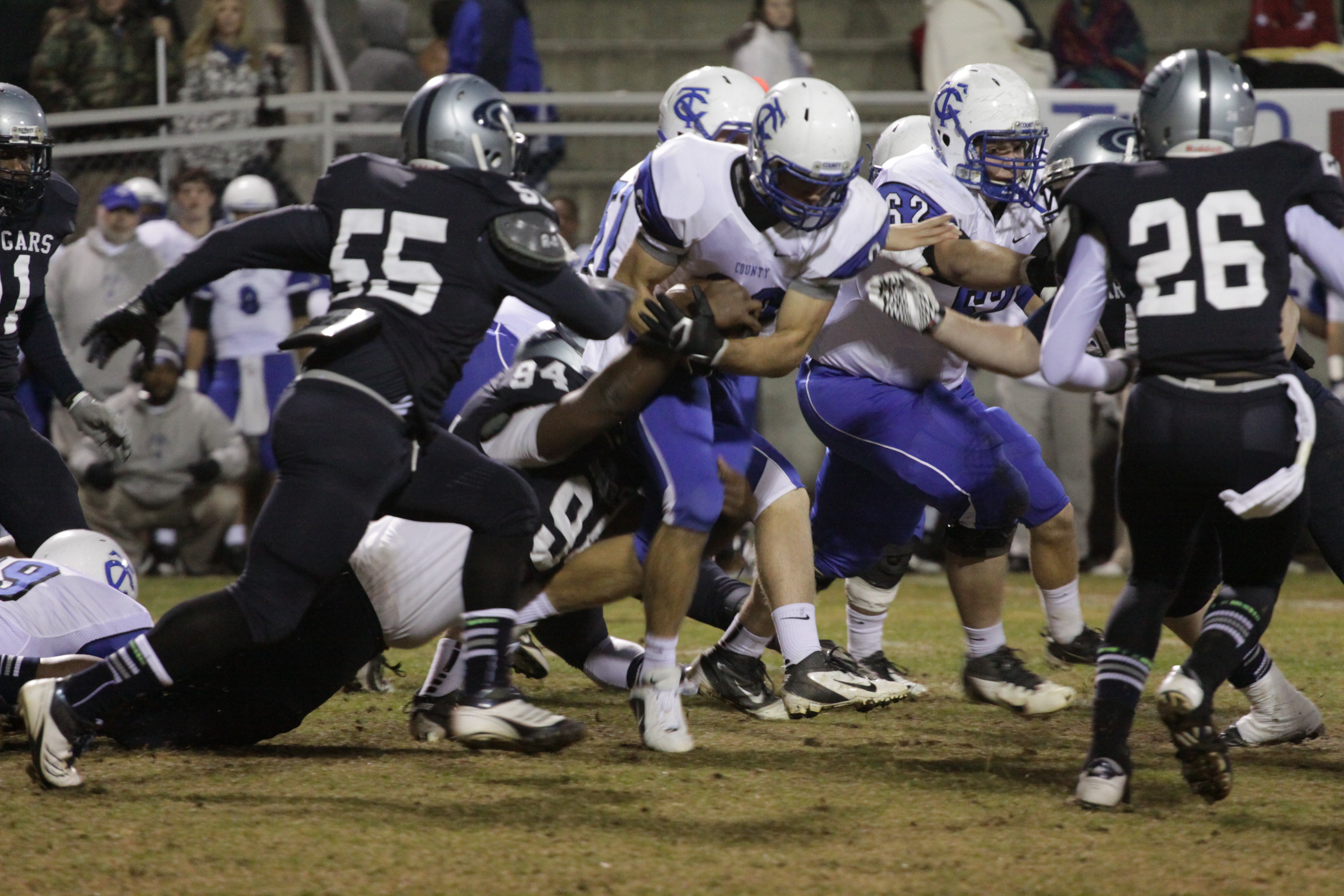 The Clay-Chalkville Cougars hosted the Tuscaloosa County Wildcats in the second round of the playoffs on a cold Friday night. The Cougars went into the locker room at the half down by seven. In the second half, they capitalized with a 52-yd. pass from junior quarterback Hayden Moore to junior wide receiver Brian Clark
. It was the first of three touchdowns for Clark. This play seemingly opened up the game for the Cougars. They went on to defeat the Wildcats 47-24.

The game started off well fought. Both teams went back and forth. Blake Bailey missed a 29-yd field goal early. Junior running back Sidney Battle put the Cougars on the board first with an 8-yd run. But the kicking game was not there for either team. Bad kickoffs and punts gave both teams great starting field position. The Wildcats scored late in the first to tie the game. Robert Greene came on and made a 21-yd field goal. A few minutes later, the Wildcats made a 25-yd field goal.

A fumble on the ensuing kickoff put Clay on its heels. Tuscaloosa County had a 26 yard field and scored to take the lead for the first time in the game. They took the lead into halftime as the Cougars were unable to move the ball on their next possession.

“We talked at halftime about we just need to get points,” said Head Coach Jerry Hood. “Because they’re really good. And then we have shown the ability when we get rolling to be pretty explosive. So it just kept going.”

The Cougars still struggled to start the third quarter. Robert Greene made a 30-yd field goal to bring his team within four points. The Wildcats got the ball back and were unable to convert. The Cougars got the ball near midfield. On fourth down and eight, the Wildcats jumped off-sides. The Cougars went for it on fourth and three. Moore hit Clark for a 52-yd touchdown and the Cougars scored to take the lead.

“Our passing game just clicked,” said Moore. “Our offensive line gave me a great pocket. They did a tremendous job giving me time to throw the ball.”

The Cougars began to roll with a 33-yd pass from Moore to Clark at the end of the third quarter. The Wildcats came back and scored on good field position and made it a two point game.

“We came in knowing Tuscaloosa was a great team,” said Moore. “We came out really high intensity.”

The Cougars got the ball back and drove down the field in the fourth quarter. They recovered their own fumble in the red zone and Moore turned it into a 15-yd touchdown pass to Brian Clark. The Wildcats were unable to convert on fourth down and the Cougars got great field position again. Moore threw a touchdown pass for 32-yd to DeAndre Woods.

“We just played well tonight,” said Hood. “I’m proud of the kids. It was a tremendous challenge. They could have easily been going on.”

The Clay-Chalkville Cougars head to Mountain Brook next week for the Quarterfinals. The Spartans were 8-1 in the regular season and finished second in their region.

“They are so difficult to play,” said Hood. 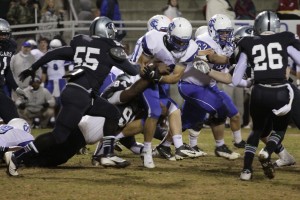