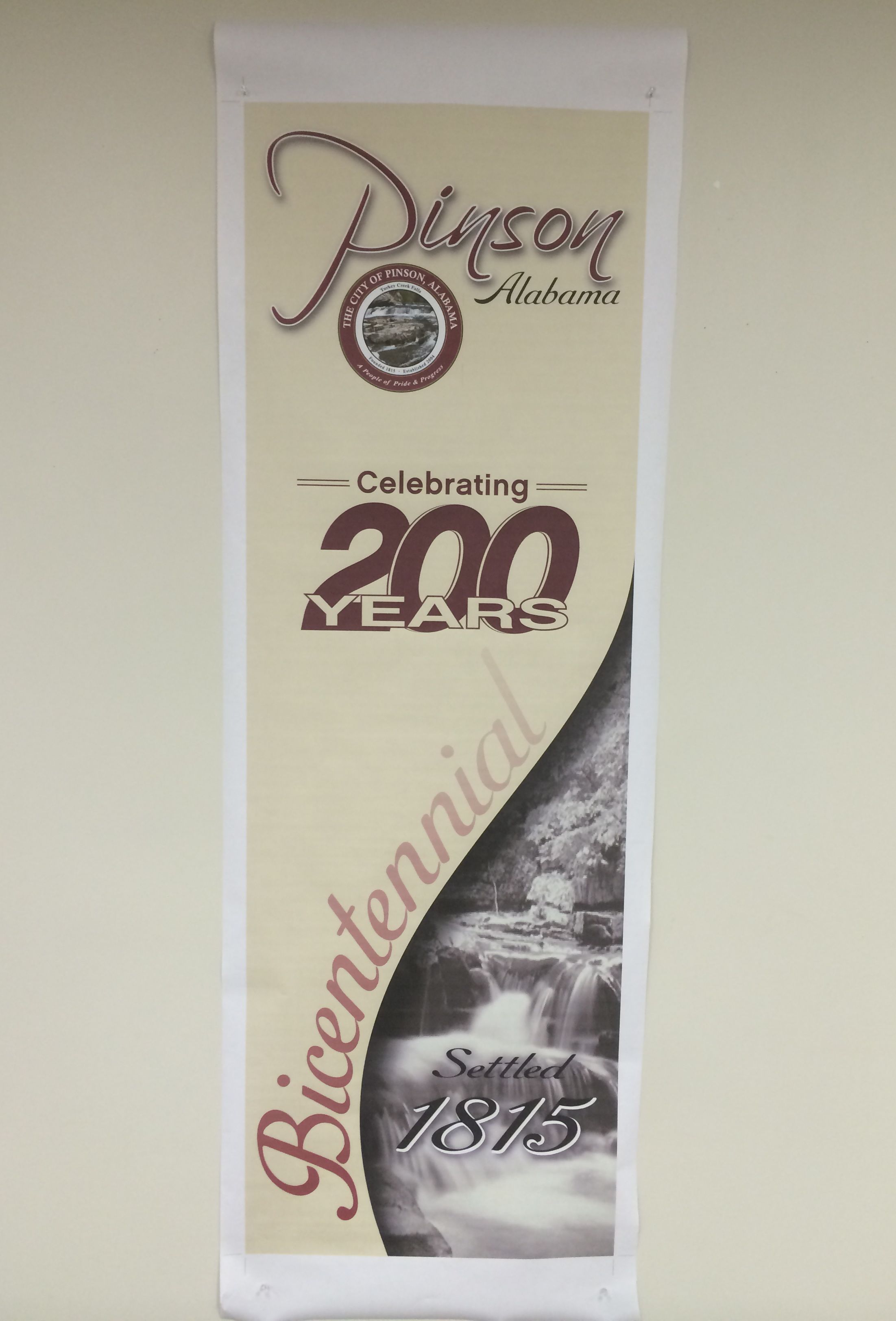 The banners will likely cost around $8,500. The $8,500 approved for the banners includes the cost of mounting hardware that will permanently attached to the poles. The city’s plan is to re-use the hardware in the future after 2015 by installing various types of banners as a way of fostering an improved sense of community. The banners themselves are less than half the overall cost.

The artist of the banners is Danny Churchwell, a Pinson resident who has been a graphic artist for years.

The banners will be placed all over the city, from schools to key roadways to the new city park area. 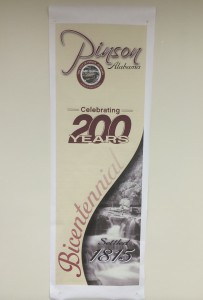 A prototype of the vertical banner hangs in Pinson City Hall.
photo by Gary Lloyd

Pinson City Councilman Joe Cochran wanted the large number of banners so that the whole city can be covered.

“We have a very expansive community,” Cochran said.

Pinson’s bicentennial celebration will be April 11. That Saturday is being set aside for a special day of festivities at the Old Rock School Center. However, the city is not just having a single day of commemoration but rather is planning a yearlong series of events.

In other news, the city council voted to allow Pinson Valley High School soccer teams to play at the field behind the Rock School Center. Mayor Hoyt Sanders said games could “potentially” be played there this spring, so long as they’re during the day, since the field has no lighting.

The city council also approved modifying a counter that’s too tall in the children’s area of the Pinson Public Library. The $1,500 project includes lowering the counter so people can reach up to it and staff can see the children.