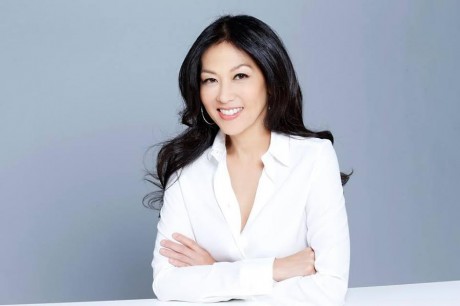 Reign of the “Tiger Moms”

Amy Chua caused a stir in 2011 with her memoir, Battle Hymn of the Tiger Mother. Critics described it as an account of everything from “traditional Chinese child-rearing,” to child abuse. Two thirds of The Wallstreet Journal readers indicated in a poll that the “Demanding Eastern” parenting model was better than the “Permissive Western” model.

The Triple Package: How Three Unlikely Traits Explain the Rise and Fall of Cultural Groups in America, Chua’s most recent book published in 2014 with her husband Jeb Rubenfeld, attempts to determine why some groups (Chinese, Jewish, Indian, Iranian, Lebanese, Nigerians, Cuban exiles and Mormons) are more successful in the U.S. compared to other ethnic groups based on three different traits that Chua and Rubenfeld assert are essential for securing future success: superiority complex, insecurity, impulse control. If Tiger Mother met harsh criticism, The Triple Package saw another onslaught of polarized reviews: at best, “a comprehensive, lucid sociological study;” at worse, “full-blown racist.”

“That certain groups do much better in America than others — as measured by income, occupational status, test scores, and so on — is difficult to talk about,” Chua and Rubenfeld wrote in the introduction to Triple Package. “In large part this is because the topic feels racially charged. The irony is that the facts actually debunk racial stereotypes. There are black and Hispanic subgroups in the United States far outperforming many white and Asian subgroups. Moreover, there’s a demonstrable arc to group success — in immigrant groups, it typically dissipates by the third generation — puncturing the notion of innate group differences and undermining the whole concept of ‘model minorities.’”

The Birmingham International Center (BIC) will be honoring Chua with a Woman of Consequence Award during BIC’s International Woman’s Day Award Dinner. Chua will also be the keynote speaker for the event, lecturing on “Parenting….The Best of East and West.”

Louise Chow, professor in the Department of Biochemistry and Molecular Genetics at the University of Alabama at Birmingham and senior scientist at the UAB Comprehensive Cancer Center, will also receive the Woman of Consequence Award during the dinner. Chow, who was born in China, was elected a foreign associate of the National Academy of Sciences for excellence in original scientific research, which is one of the highest honors given to a scientist or engineer in the United States.

The Birmingham International Center International Woman’s Day Awards Dinner will be held May 5 at The Club in Birmingham from 6–9 p.m. For more information and to order tickets, visit bic-al.org.

Jane Eyre — Samford University. 800 Lakeshore Dr. The Michael J. and Mary Anne Freeman Theatre and Dance Series presents the musical adaptation of Charlotte Bronte’s haunting Victorian Gothic novel about a young governess and her brooding romance. Composer Paul Gordon provides the music and lyrics and the story is by John Caird, who is remembered for the English translation of  the musicals Les Miserables and Children of Eden. Through May 3. Thursday–Saturday, 7:30 p.m. and Sunday, 2:30 p.m. $12. For more information, visit samford.edu.

Bus Stop — The Wherehouse. 3086 Decatur Highway, Gardendale. The Wherehouse players present William Inge’s Bus Stop. Set in 1954 Kansas, passengers of a Topeka-bound bus must take refuge from a blizzard in a diner. Tensions rise and romance blooms in Inge’s classic comedy. Through May 3. Thursday–Saturday, 7 p.m. and Sunday, 2.30 p.m. $10. For more information, call (205) 631-2221.

Kimberly Akimbo — Theatre Downtown. 2410 Fifth Ave. S. Kimberly Akimbo, by David Lindsay-Abaire, playwright of Wonder of the World and Rabbit Hole, is the story of a lonely teen who suffers from a disease that causes her to age prematurely. Trapped in the frail physical body of an elderly woman, Kimberly struggles through high school. Things are complicated when she meets a young man and her parents experience financial difficulties. $17. 8 p.m. For more information, call (205) 565-8838.