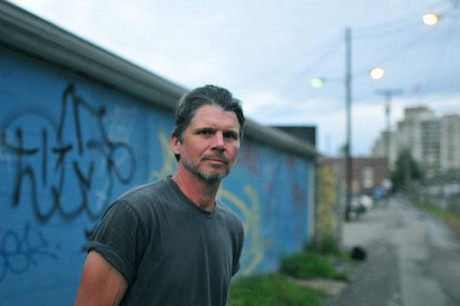 There’s a movement in country music — led by Sturgill Simpson, Chris Stapleton, Ryan Bingham and Hayes Carll — that offers a plainspoken, workmanlike quality and has a timeless sound.

Though Chris Knight was on the front end of this movement, he is also a late-bloomer of sorts. The Kentucky-based singer/songwriter didn’t land his first record deal until he was well into his thirties, but he’s made up for lost time in releasing a string of highly-acclaimed albums. Along the way, Knight has written or co-written songs recorded by Randy Travis, John Anderson and Ty Herndon along others.

On Wednesday, July 8, Knight will return to Birmingham to perform at WorkPlay with Adam Hood opening the 8 p.m. show. Recently, we caught up with Knight by phone from his Kentucky home.

Weld: Chris, thanks for your time today. What has this year held for you to this point?

Chris Knight: I’ve done probably 50 shows so far. I do 80 to 100 shows a year. Every now and then I’ll do more, but that’s usually the way it works out and it’s enough. I can’t live my life on the road, you know.

Weld: You still call Kentucky home. Was there ever a temptation to move to Nashville?

CK: When I started going to Nashville, it was maybe a good idea to go ahead and move down there. If I’d been 20 or 25 years old, I wouldn’t have had a problem with going down there, but I was a little bit older than that. I wasn’t going to move and nobody encouraged me to move. They liked the perspective I was writing from.

I heard a comment that they didn’t want me to go to Nashville and start writing commercial stuff. They liked the small town, rural perspective I was writing from and they were afraid I might change.

Weld: Though you’ve had your songs recorded by other artists, you seem to stay true to yourself in your writing.

CK: It’s not like you want to be a flash in the pan — you’ve got to have a career and build on what you’re doing. It’s like getting up everyday and going to work. You can’t be riding around in a bus if you can’t afford one. You’ve got to do what you and maybe you’ll hit it big. If you don’t and you keep working at it and you’re good, you’re still going to have a career. I can go out on the road and put an album out every few years and make a pretty good living. I can also be home, so it’s worked out well for me.

Weld: Your latest release, Little Victories, came out in 2012. On the album, you collaborated with John Prine, Lee Ann Womack and Buddy Miller. Were the songs on the album mostly older or newer compositions?

CK: It’s probably half and half. A lot of those songs I wrote within two years of going into the studio and some of them, like “The Lonesome Way,” I had written five or six years earlier with Gary Nicholson. There was a lot of writing going on beforehand and I probably recorded 13 to 15 songs and we cut it down to 11 or 12 for the record.

Weld: How would you describe your writing process?

CK: When I was a staff writer, I’d make a point to get out and do some co-writing and I was always writing at home. I’m not writing as much as I was. There’s always a low level of anxiety about where my next song’s going to come from and when my next album’s going to come out.

Chris Knight will perform at WorkPlay on Wednesday, July 8. Adam Hood will open. The show begins at 8 p.m. Tickets to the show are $12 in advance and $15 the day of the show. For more information, visit workplay.com.