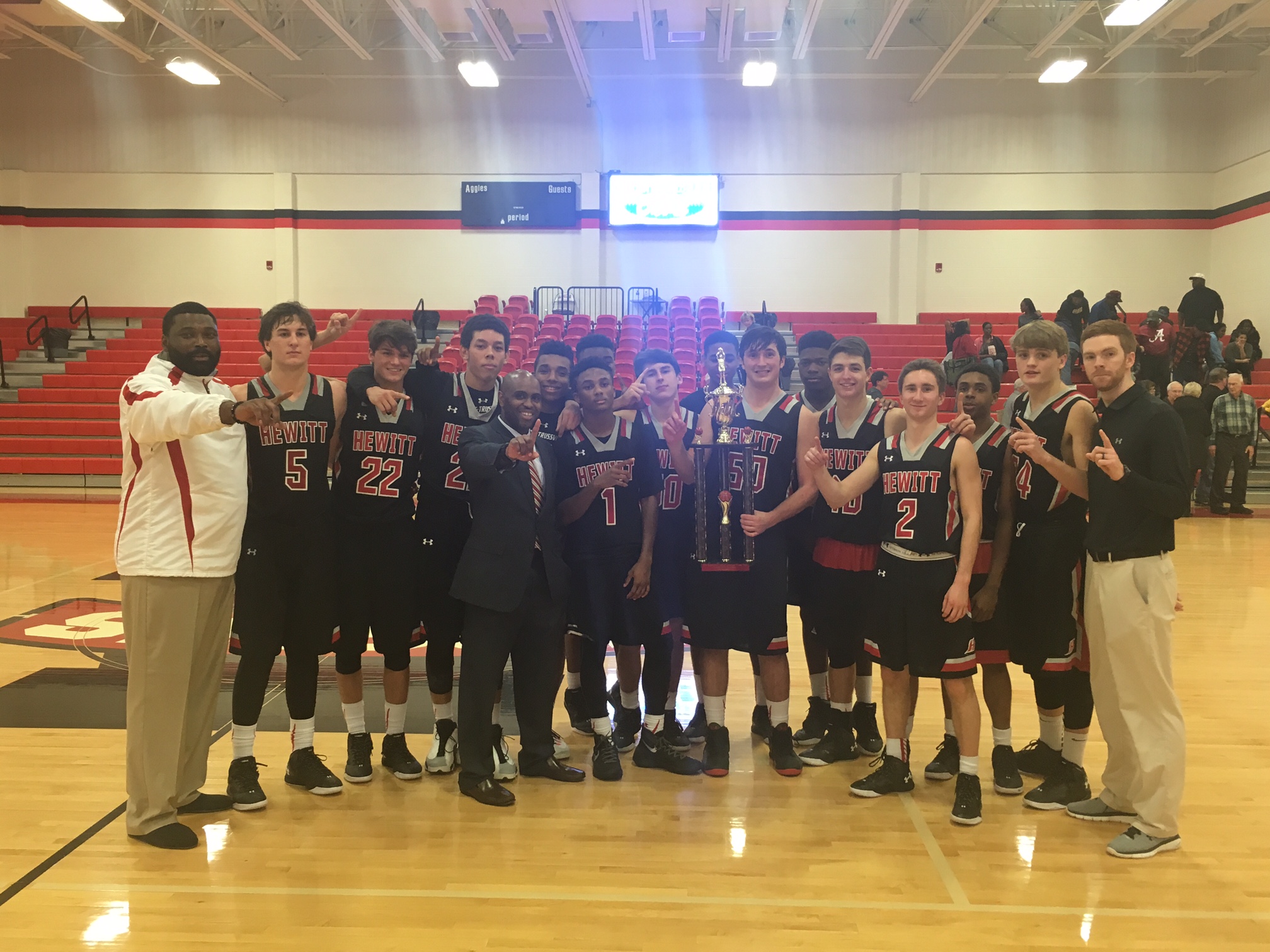 The Hewitt-Trussville basketball team after winning the Albertville Shootout on Wednesday. submitted photo

ALBERTVILLE – Hewitt-Trussville finished the climb on Wednesday night in the Albertville Shootout championship game. The Huskies stole some holiday hardware with a, 62-55, win over Cherokee County. 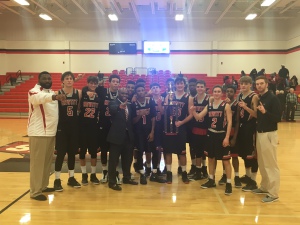 The Hewitt-Trussville basketball team after winning the Albertville Shootout on Wednesday. submitted photo

The contest stayed close throughout with Hewitt-Trussville clinging to a two-point lead heading to the fourth quarter, which they won by a count of 18-13.

Again, the Huskies’ offense ran through Damon Harper. The sophomore went for 26 points in the tournament finals after dropping 30 on Albertville in the semifinals on Tuesday. Harper delivered at the biggest moment, connecting on a 3-pointer before stroking seven free-throws in the final frame.

Harrison Stanley, who finished with eight points, also delivered from the fourth-quarter charity stripe, going 4-for-4 over the final eight minutes.

Hewitt-Trussville reached the title game after downing tournament host Albertville, 49-38, in the semifinals on Tuesday night.