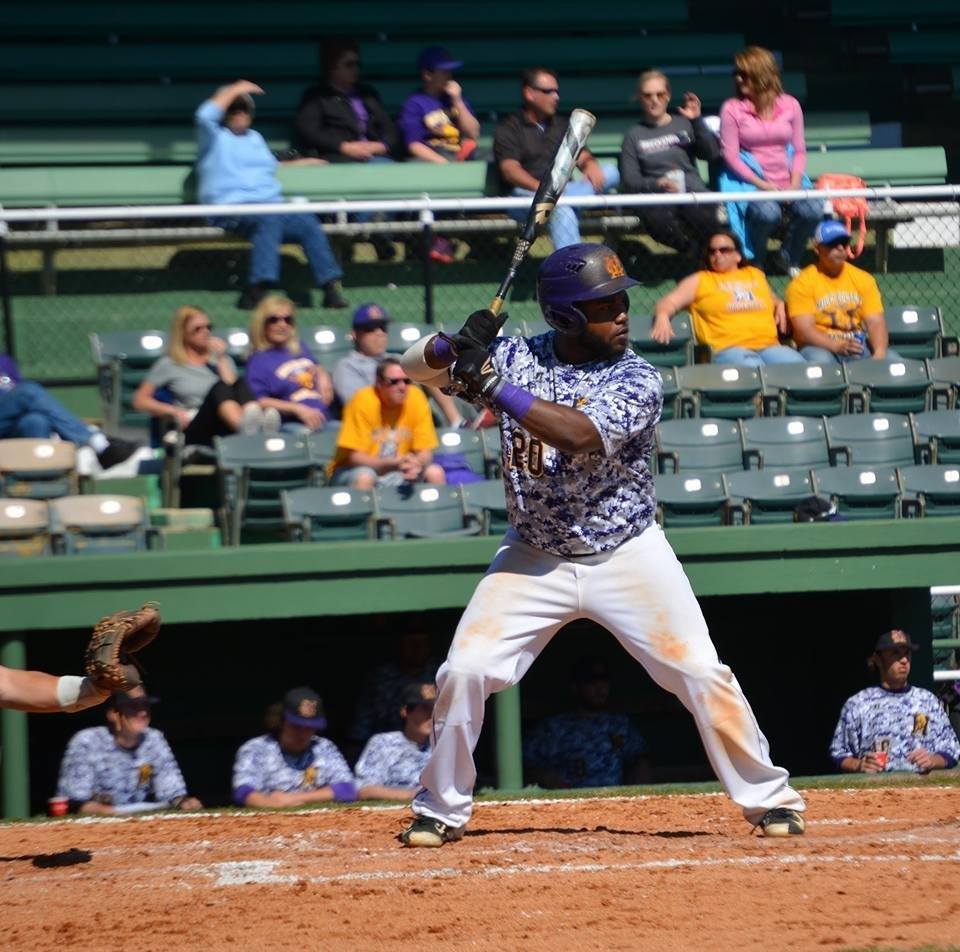 Brown has a batting average of .469 at Miles College. (Credit: JJ’s Photography)

Posted By: Online Editoron: May 02, 2016In: Features, Sports
Print Email

By Bethany Adams, The Trussville Tribune

TRUSSVILLE — Mention Jimmy “Boom Boom” Brown around Trussville, and chances are you will see someone smile. A former baseball and football player at Hewitt-Trussville High School, Jimmy Brown Jr. made a reputation for himself in his home town as a skilled athlete, a selfless leader and an overall “nice guy.” Now, that reputation has followed him to the baseball field at Miles College. 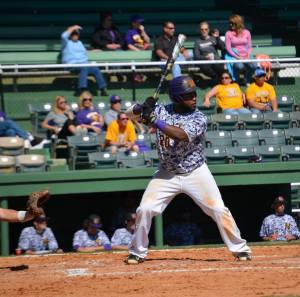 Brown has a batting average of .469 at Miles College. (Credit: JJ’s Photography)

Brown is currently in his senior year at Miles, where he is majoring in biology and playing with the Golden Bears. As one of the top hitters on the team, he earned himself a spot on the 2016 Southern Intercollegiate Athletic Conference Baseball First Team. Last weekend, his team played at the 2016 SIAC Baseball Championship, where he was named to the All-Tournament Team.

Brown credits his recent accomplishments to three things: God, his parents and the will to be better.

“I just wanted to be great,” he said. “The fear of failing is what’s really pushing me right now.”

With a batting average of .469, Brown is showing no signs of failure, and no one is cheering him on more than his parents.

“His mother Donna and I are extremely excited for Jimmy,” said Brown’s father, Jimmy Brown Sr. “This is actually his 20th year in the game and he has had a phenomenal year at Miles.”

Of those 20 years, Brown spent four at HTHS, where he played under Jason Estabrook. While the former Hewitt baseball coach remembers Brown as a “remarkable athlete on the playing field,” his strongest memories are of Brown’s smile, selflessness and desire to put the good of the team before his own accomplishments.

“In his own way he reminded me, among all the pressures of competition and winning, that it was only a game,” said Estabrook. “I believe I learned more from Jimmy than he did from me. To this day, I still can see that smile.”

Brown believes that his time at Hewitt taught him leadership skills that have helped him during his experience at Miles. And while he misses the more casual camaraderie of playing with his high school friends, he admits that the level of competition in college sports has stretched him as both a player and a person.

“I just learned how to control emotions and how to be a leader amongst my peers,” he said.

Between the classroom and the ball field, Brown finds time to stay involved with the NAACP and attend services at Church of the Highlands. After he graduates, he plans to pursue a Pediatric Dentistry degree at the University of Colorado. He is currently in contact with a number of scouts, trying to decide whether or not he will take his game to the next level.

“It’s definitely something that I hope to do,” he said.

For current athletes at HTHS who are considering a future in sports, Brown has a straightforward piece of advice: “Do not accept mediocrity,” he says. “Just keep pushing and keep striving for the best.”

Whether or not Brown’s own future includes playing professionally, he will still have the support of his biggest fans.

“Regardless, we are proud parents,” said his father. “He is an outstanding young man and we are confident he will excel in whatever God has for him.”

That opinion is clearly reflected throughout the community that Brown left behind. With his family supporting him and a town full of people cheering him on, this young athlete is following his dreams and making Jimmy “Boom Boom” Brown a name to remember.