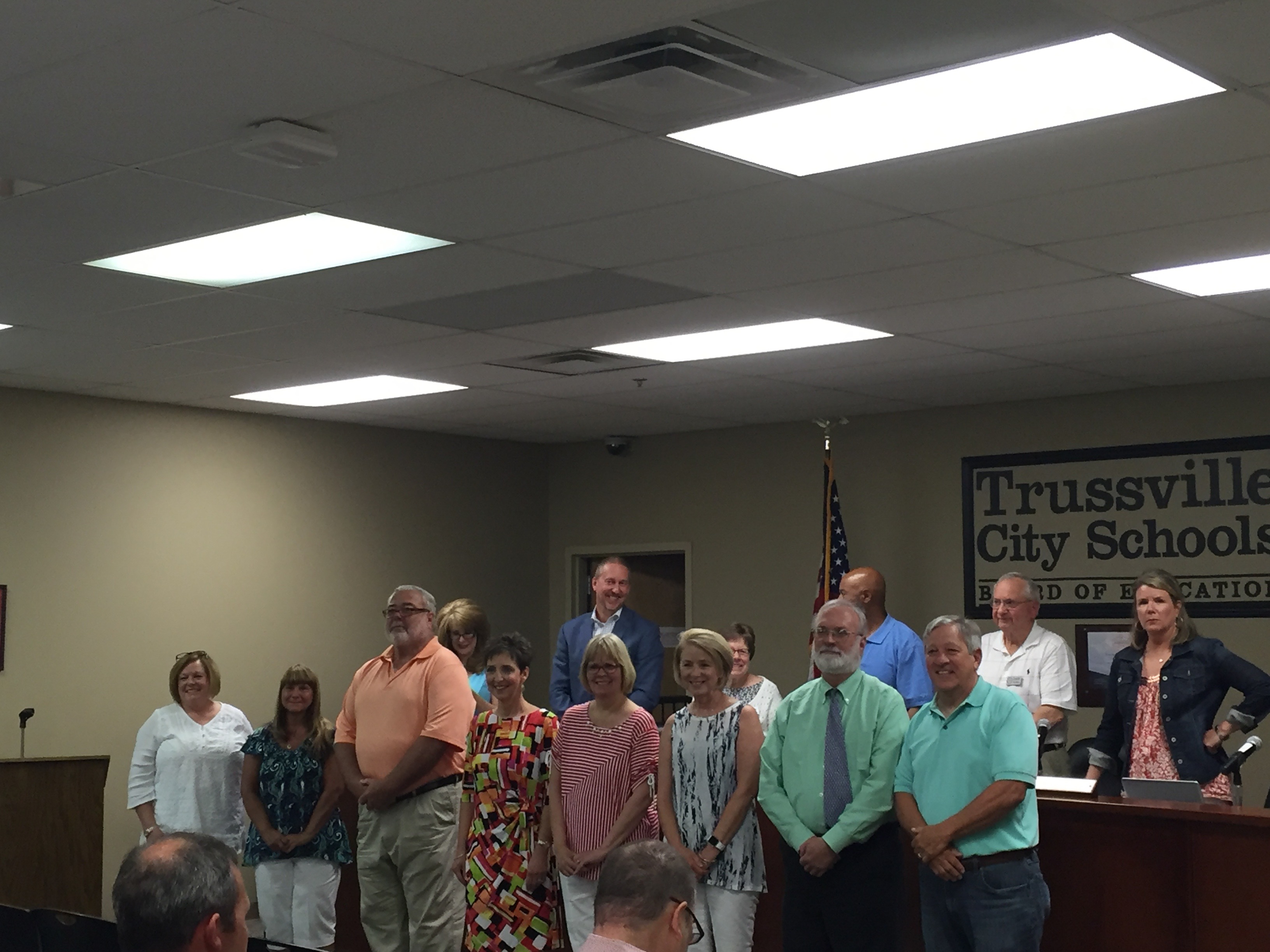 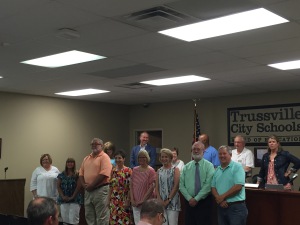 The meeting opened with prayer and the Pledge of Allegiance as always, and then City Councilman Alan Taylor updated the board on school construction, saying at this time, construction is still going well and everything is projected to be finished on time. Taylor also said that contrary to some concerns about the roads in front of Cahaba and Magnolia Elementary schools, both roads are scheduled for improvements to be finished prior to the new school year starting. The final update was about bridge construction in front of the middle school, which was supposed to be finished before last football season.

“Now the concern is will that be completed prior to school opening, and there’s a chance that won’t happen,” Taylor said. “We’re pushing ALDOT as it’s an ALDOT job, and they have 180 working days to complete, which is standard for every project.”

Before the agenda was approved and all motions unanimously passed, retirees were recognized by the board.

All board members wished the retirees well as they enter the next chapter of their lives, whatever that may entail,

“I’m probably the most experienced retired person in the bunch, and I want to wish them the best. No matter how dedicated you are to your job, not working is always more fun than working,” laughed Board Member Bill Roberts. “You’ll have a lot of opportunities to give back over the next few years, and I know this group, and I know they’ll do that.”

Board members Kathy Brown and Stan Garrett thanked the retirees for the positive impact they had on their own children’s lives.

“Your position has been posted, and might have been filled, but no one can ever take your place,” said Superintendent Pattie Neill.

The next Trussville City Schools Board of Education meeting will be July 14 at 9 a.m., with the work session preceding at 8 a.m. the same morning.