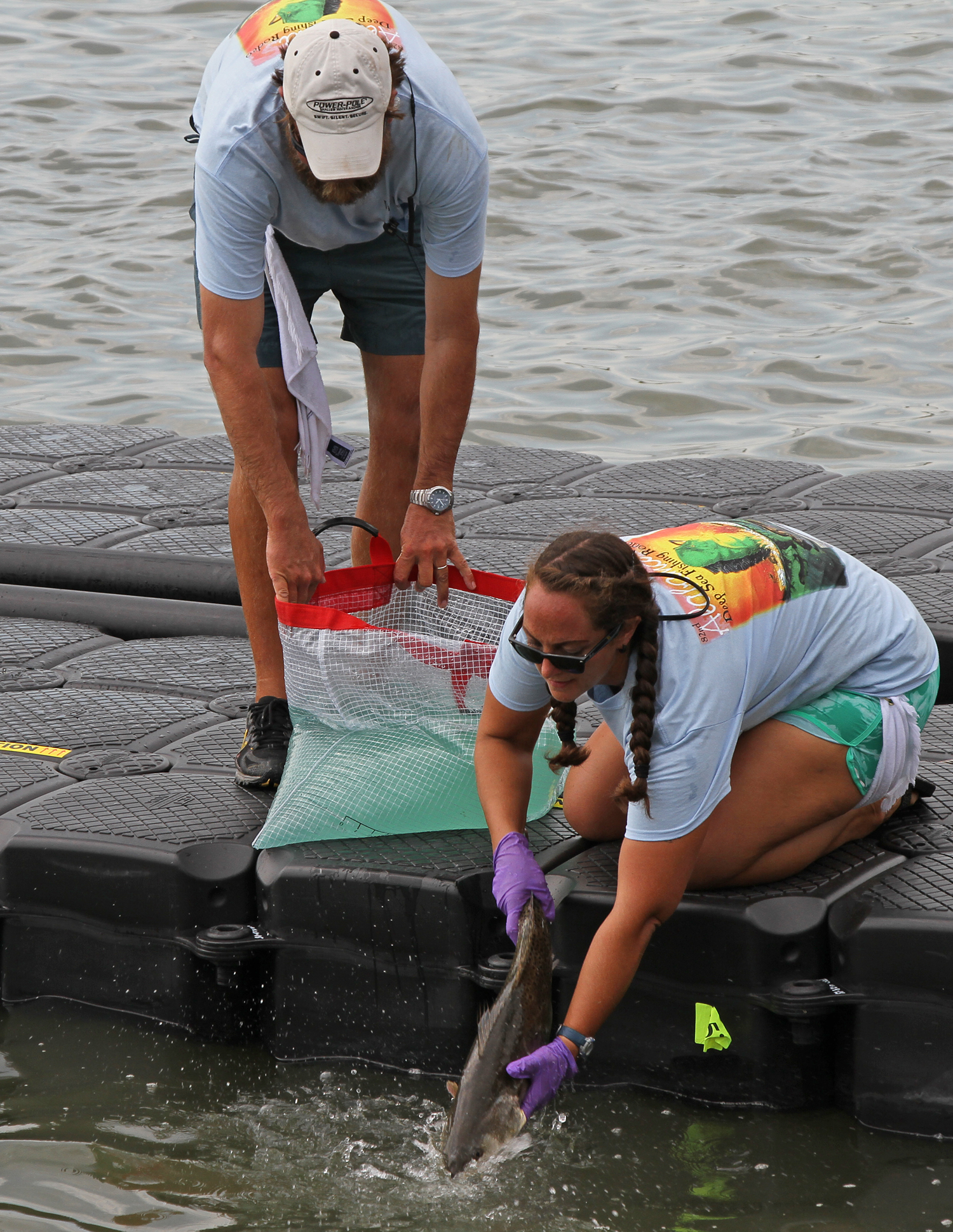 The live weigh-in category has been expanded to include redfish for this year’s event, scheduled July 15-17 at Dauphin Island.

After the success of a live weigh-in category at last year’s Alabama Deep Sea Fishing Rodeo (ADSFR), rodeo officials will expand the category and lift restrictions for the 83rd rodeo, scheduled July 15-17 at the rodeo site on Dauphin Island.

Last year’s live weigh-in category was limited to the speckled trout jackpot entrants. Anglers in the jackpot who brought live speckled trout to the weigh-in site had their fish weighed and then carefully released.

“Last year’s live weigh-in was such a success, we decided we would open it up to everybody, instead of just the jackpot participants,” said Capt. Richard Rutland, 83rd Rodeo President. “And the prize money is a lot better for the live weigh-in category thanks to Springhill Medical Center. First place gets $2,000, while second place gets $750 and $250 for third. The live weigh-in for redfish will be a mirror image of speckled trout with the same prize money.”

The rodeo is also tweaking the Guy Harvey Ocean Foundation Catch and Release Shark Category. In an effort to promote the conservation of sharks, the rodeo went to catch and release last year. Sharks that were caught and released with video evidence were awarded points according to species. Mako sharks are worth six points, while bull sharks, hammerheads (great or scalloped) and tiger sharks are worth four points each. Blacktip and spinner sharks are worth one point each. Because of the number of entries last year, the rodeo has instituted a cumulative combined entry of 10 per day for blacktips and spinners.

“We’re going to have a daily prize for sharks as well,” Rutland said. “We hope that will encourage the shark fishermen to bring in their videos each day instead of waiting to show us all their videos on Sunday. Last year, it clogged up the weigh station. We were watching videos for three hours on the last day, which just about shut down the weigh station.”

Continuing its conservation theme, the rodeo will have a special category for lionfish, an invasive species that is normally harvested by the diving community. The proliferation of lionfish on the artificial structures in Alabama waters and the Gulf of Mexico has fisheries scientists concerned the species could affect the populations of native fish species. Because most lionfish are taken by divers, the rodeo lionfish category is spear-only. 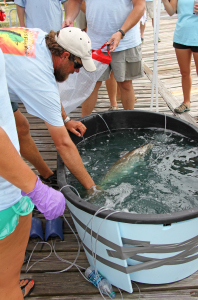 As usual, the rodeo will have the Raymarine Big Game Jackpot for offshore anglers who target yellowfin tuna, dolphin fish, wahoo and swordfish. A Cash Prize Division adds blue marlin to the big game species. A minimum size limit of 110 inches is in effect for blue marlin. Any blue marlin brought to the dock that is less than 110 inches will result in disqualification for all fish weighed in by that boat.

The Pronto Pawn King Mackerel Jackpot will pay the top 10 finishers, while the Yamaha Speckled Trout Jackpot will do the same. There is also a non-motorized speckled trout division for those who prefer to fish from kayaks or other non-motorized platforms.

Red snapper is again on the rodeo category list thanks to the season in Alabama state waters out to 9 miles. Triggerfish, however, isn’t on the list because that species’ season is closed until July 31.

To set the stage for the big rodeo, the 58th Annual Roy Martin Young Anglers Tournament, sponsored by Exxon-Mobil, will be held Saturday, July 9. The tournament begins at 5 a.m., and the weigh station will be open from 9 a.m. until 5 p.m. The Roy Martin event is open to all anglers 15 years old and younger. The young anglers will be competing in 31 fish categories. Proceeds from the Roy Martin Young Angler’s Tournament will go toward the annual Children’s Christmas Shopping Tour sponsored by the Mobile Jaycees.

The rodeo weigh station draws a big crowd each year and provides a significant boost to the Dauphin Island economy. To provide additional incentive for visitors to head to the island, the rodeo and the Dauphin Island Music Festival have combined efforts and will bring entertainment to the rodeo site throughout the event.

Louisiana native and rising country music entertainer Dylan Scott will headline the music on Friday, July 15, while acts Winston Ramble, Mulligan Brothers and Delta Smoke will take the stage during the rodeo.

Be aware, Rutland said, that the rodeo will not allow coolers or outside food on the rodeo site this year.

The ADSFR, the largest fishing tournament in the nation with more than 3,000 participants each year, has donated more than 0,000 towards marine research and scholarships to the University of South Alabama’s Department of Marine Sciences in the past 10 years.

As usual, the rodeo will give away a 22-foot Contender boat with a 250-horsepower Yamaha outboard in a random drawing from all rodeo participants who weigh in a legal fish or submit a legal entry in the catch and release divisions during the event.

Rodeo festivities kick off on July 14 with live music and the Crown Royal Liar’s Contest.

Visit www.adsfr.com for ticket locations, rodeo rules and other details.