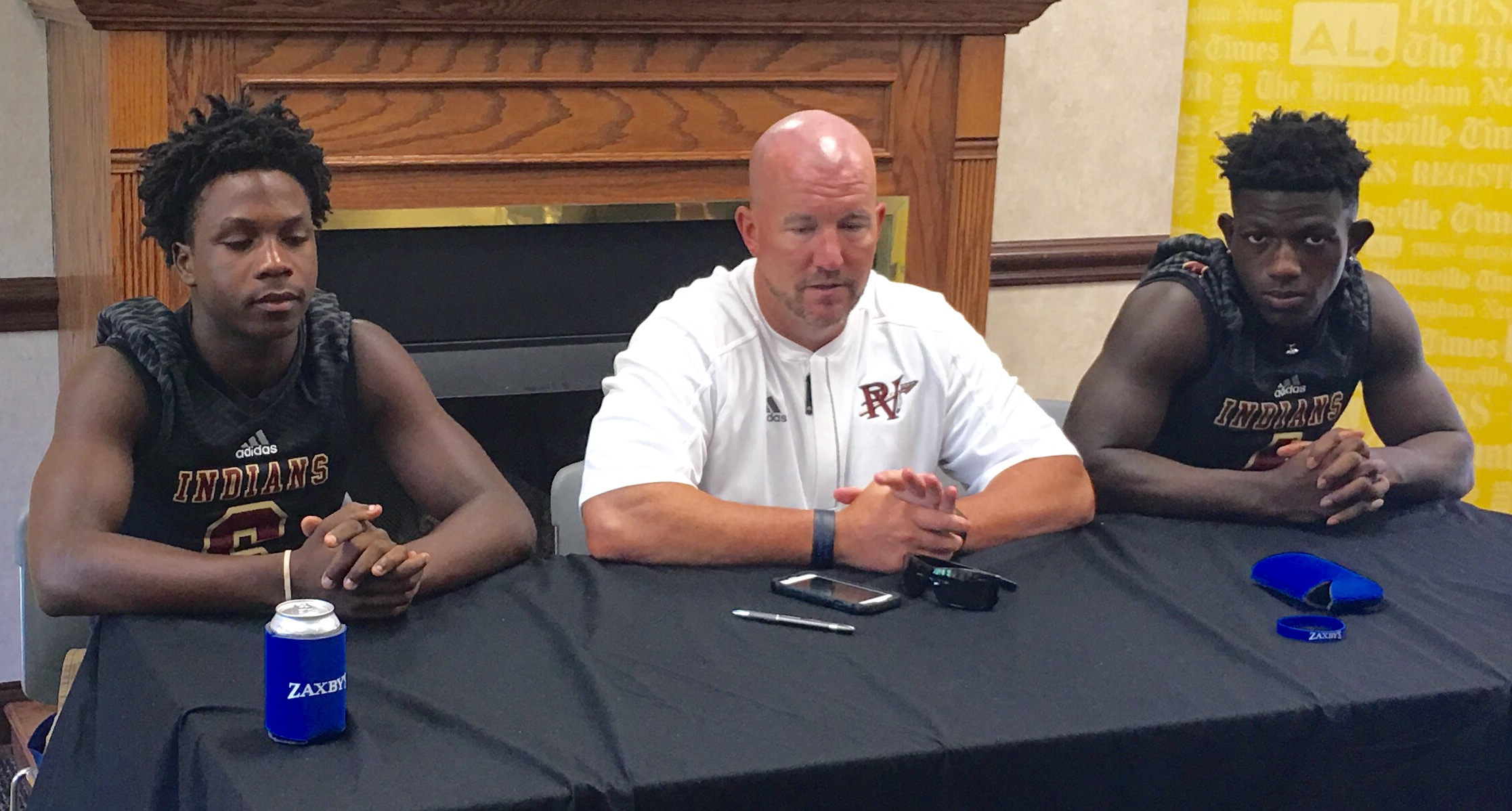 Indians schedule tough to be tough

GARDENDALE – Pinson Valley athletic director Matt Glover ponders if he should fire the guy who made out the Indians’ 2016 football schedule. Of course, that would mean firing head football coach Matt Glover.

But seriously, Glover likes to challenge his football team and his staff. He and Clay-Chalkville coach Jerry Hood had agreed before the new regions were set that the Indians and Cougars would continue their series, even though Pinson Valley has yet to beat the Cougars.

“I’d a lot rather play a tough team,” Glover said. “Our guys, like, in 7on7, when we’d play a team we think we’re better than, we end up playing really, really bad. We’d play a team as good as us, we played good. I think competition makes you better.”

That should make the improving Indians really good by week 6.

Pinson Valley (7-4 in 2015) opens at home Aug. 19 against McAdory, then travels to Ramsay, Class 6A, Region 6 foe Minor, host Clay-Chalkville and travels to Walker. The Indians close by hosting Pleasant Grove.

“I think playing teams like that is going to make us better, see where we’re at off the get-go,” Glover said. “Our region’s pretty tough. Playing a team like McAdory gets us ready for that.”

The Indians coach, entering his eighth season at Pinson Valley, has taken the Indians to the playoffs six of his seven years there and had winning seasons four of the past five years. At 42-37, he owns the only winning record for a PVHS football coach in the school’s history. 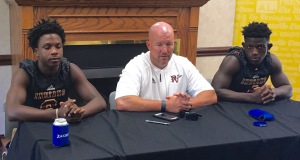 At Tuesday’s High School Football Media Days appearance, Glover said team leadership has improved. He only has 12 seniors, but he’s counting on them to prod the younger players to “showing the young kids how things should be done. That’s huge. That keeps coaches from having to worry about that. That’s what makes great football teams.”

Glover brought two of those seniors with him, defensive back C.J. Rudolph and running back/ receiver Torrey Hendrix. Rudolph will head up an experienced secondary and Hendrix will “get the ball about 20 to 25 times” a game in some manner, Glover said.

Quarterback Jackie Matthews is going to be a three-year starter, and LiAllen Dailey will slide inside to tight end. They’ll be offensive keys.

Glover thinks the defense will be good because he’s got some players who have played before at key spots.

But the buzz around Pinson Valley maybe the year-by-year progression into a solid program. Glover said it’s the off-the-field culture that has made the difference.

“We’ve got kids that are doing the right things,” Glover said. “My first couple of years, my email was blowing up with complaints from teachers. Now, it’s not happening. I think maturity is the big change we’ve got, off-the-field change. They know we as coaches don’t play; you don’t do right, you’re not going to be a part of us. And that carries over. Little things win games. We’re trying to do things right off the field to make great things happen on the field.”

The opener Aug. 19 at home against McAdory will see the Yellow Jackets angry to avenge their 24-21 overtime loss at home to Pinson Valley last season.