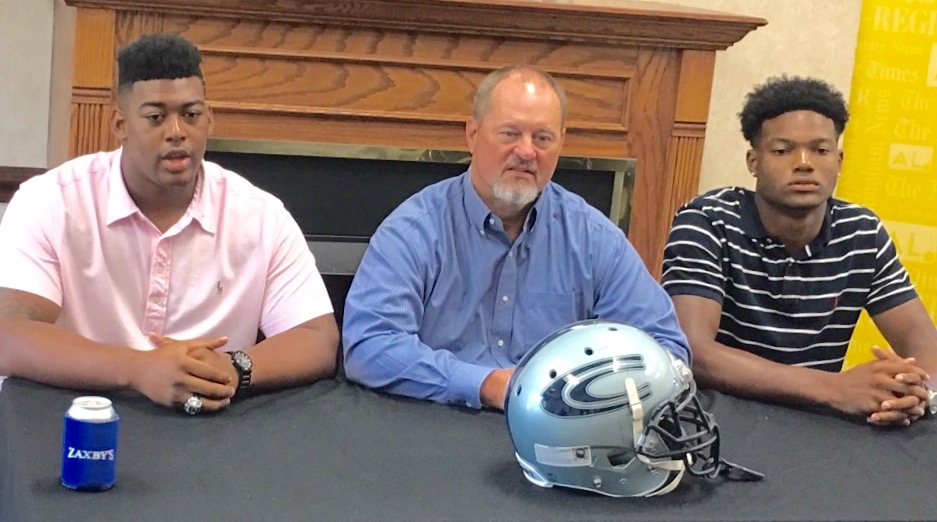 GARDENDALE – As much fun as it was having a team loaded with known quantities the past two seasons, Clay-Chalkville football coach Jerry Hood sounds pretty excited to be coaching a team that looks to be fun in a different way.

“I know we’ve gotten very much better from the day we started spring football practice,” Hood said. “I did not expect us to play as well as we did in the spring game (a domination of Gadsden City). The growth in that few days of practice was astounding.

“That’s what’s going to make it so fun for us as coaches. Our coaches are going to experience for the first time in a good whole the joys of taking young kids from Point A to wherever we get them to. Because when we boil it all down, the fun in coaching is seeing your kids improve. That’s what’s been the most fun so far this spring and summer.” 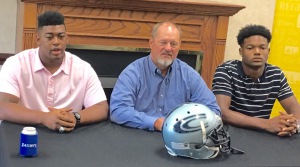 Hood’s Cougars have won 29 of their past 30 games, with one 6A championship trophy and one 6A runner-up trophy to show for it. It’s tough even for the most silver-and-blue optimist to predict a run like that in 2016.

Hood has just a mini-helmetful of starters back from last season, but one of them is clearly a big-time player in five-star wide receiver Nico Collins.

Collins, who said the three finalists for his collegiate abilities are Michigan, Alabama and Georgia, is a nice piece to build around on offense.

The big receiver said there’s no added pressure on him, however.

“It’s time to ball out on Friday nights,” Collins said. “They don’t know we have other receivers on the other side just as good as me.”

Collins had 60 catches for 1,103 yards and 16 touchdowns with Ty Pigrome, now at Maryland, chunking him the ball. He’ll have a sophomore throwing to him this season in Willie Miller, who Collins said will be a good one.

Hood said he won’t mind if opponents double-team Collins. He said they’ll go to him anyway at times, because of his long 6-foot-5 frame and solid 205 pounds. “He’s hard to get around. He’s strong enough to have somebody hanging on him and still make the catch.”

Other times they’ll take advantage of some improving counterparts – wide receivers Rodrick McCloud and Terill Cole among them.

On defense, returning starter Keilend Clayton will help anchor a big defensive front. Junior Jamarlin Sewell is back as a starter in the secondary, though he’s coming off an injury that sidelined him most of the spring and summer.

“It will be important to keep everybody healthy,” said Clayton, who holds offers from Mercer, Georgia State, Gardner-Webb and Eastern Illinois. “We’re going to be young on defense. We have two returning starters on defense. So that means our young guys need to be ready to step up into their roles as starters. I think we’re going to be real good on defense because we do have a lot of talent.”

“We’ll be sneaky good,” Hood said. The defensive line will be “stout” and go eight-deep. Linebackers are fast and the secondary is young but fast and improved immensely during the 7on7 efforts. He said the defense really seemed to finally grasp their concepts in the most recent 7on7 in Tuscaloosa.

And truth is, while some Cougars fans might have yawned while Clay-Chalkville piled up points like a pinball machine, those big leads gave Hood a chance to play younger players.

So the guys who tee it up Aug. 19 vs. Florence will have some idea of what it’s been like to play under Friday night lights.

No doubt, Hood is looking forward to watching these cubbies grow into full-grown Cougars. And is he loose? He sneaked into the media room while Oak Mountain coach Cris Bell was holding forth, identifying himself as a media member from “oldfootballcoaches.com.” He asked Bell about his shot at becoming the winningest coach in Oak Mountain history, what the celebration plans were. Hood has the record, going 28-26 from 2004-08. Bell is 26-17 since taking over in 2012.