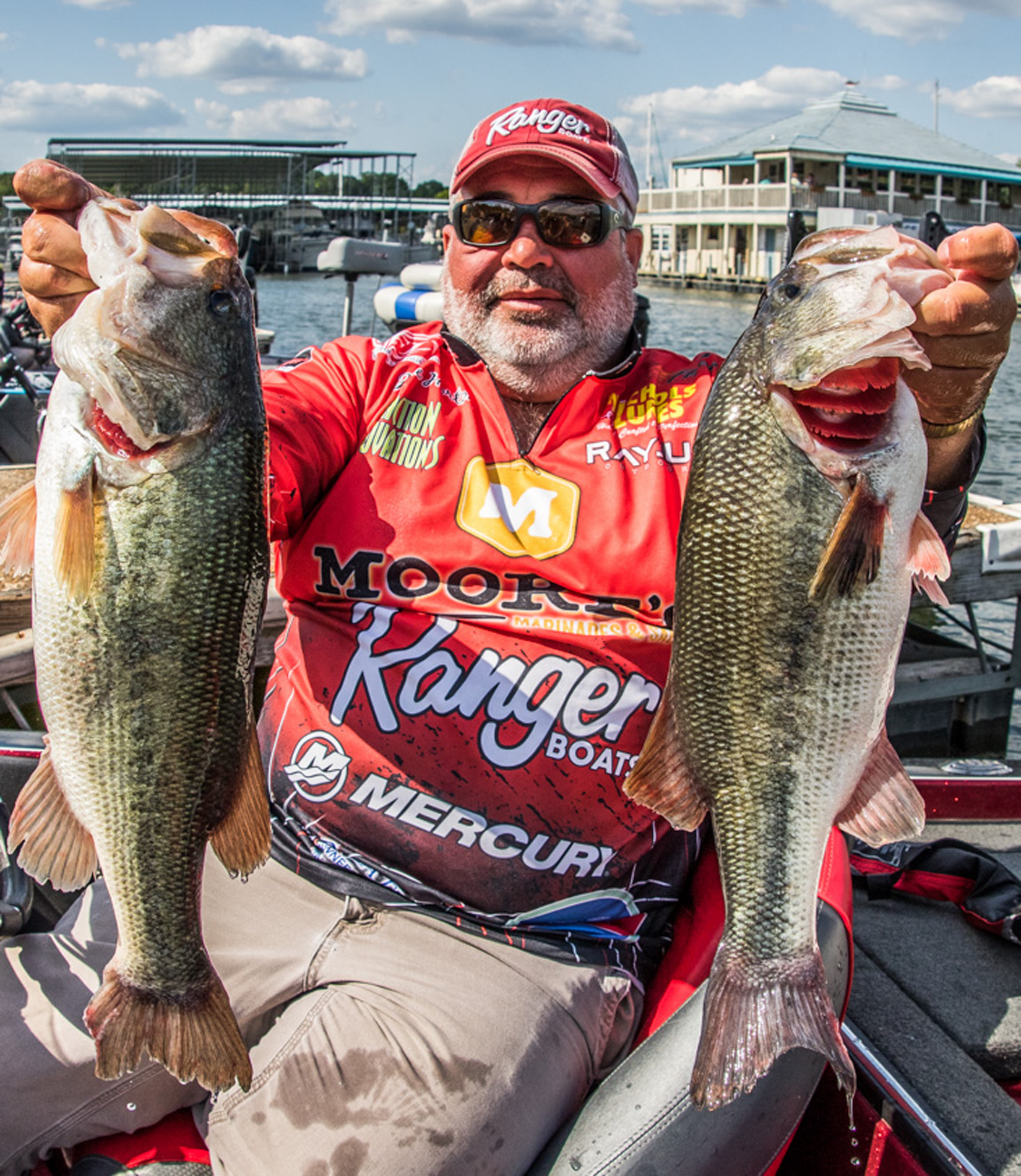 Jamie Horton of Centreville will be among the 50 anglers who will compete for the $300,000 top prize in the Forrest Wood Cup Aug. 4-7 on Wheeler Lake. Daily weigh-ins will be at 5 p.m. at the Von Braun Center in Huntsville. (photos courtesy of FLW)

Alabama bass fishing will once again take center stage when the top anglers from the Walmart FLW Tour converge on Huntsville and Wheeler Lake for the Forrest Wood Cup Aug. 4-7.

The 50 anglers will compete for the $300,000 top prize during the four-day event that will push the competitors’ fish-catching skills to the limit.

Anglers will take off each morning at 7 a.m. at Ditto Landing, located on Wheeler Lake adjacent to the U.S. 231 Bridge on the south side of Huntsville.

One angler in the field is especially pumped about the showcase event being held in his home state of Alabama.

Jamie Horton of Centreville will be one of three Alabama anglers in the event named after Ranger Boats and FLW Tour founder Forrest L. Wood. Scott Canterbury of Springville and Jay Kendrick of Grant also qualified for the Cup.

Horton, a Project Manager at Burkes Mechanical in Brant, Ala., will have a big following each day at the 5 p.m. weigh-ins at the Von Braun Center in Huntsville.

“It’s going to be great,” Horton said. “My family is going to get to come watch me weigh in each day, something they don’t get to do very often. Ball season is over, so all my nephews and nieces will get to come. Having the family there for the weigh-ins will be the first time all of them have been able to come since the Bassmaster Classic in 2012 in Shreveport. That’s really exciting for me.”

Horton is known as a power fisherman, an angler who uses big baits and fairly heavy line in an attempt to catch larger fish as compared to a finesse fisherman, who uses light baits and light line to catch quantities of fish.

That strategy worked well enough to finish 16th in the FLW Tour points. He had a third-place finish at Lake Hartwell in South Carolina, a fourth-place finish at Pickwick Lake, which is only one lake separated from Wheeler on the Tennessee River, and an 18th-place finish on Lake Okeechobee in Florida.

“I didn’t do quite as well in the other three tournaments, but the two top fives were enough to keep me in 16th place in the points,” Horton said. “There are 50 in the tournament. They took the top 35 from the FLW Tour.”

At Lake Hartwell, Horton was able to take advantage of one of his strengths – catching big fish in shallow water during the early spring. He finished with 62 pounds and 9 ounces.

“The water at Hartwell was just warming up and the fish were just starting to go on bed,” Horton said. “We kind of hit it just right. A few fish went on bed during the practice day. Wednesday was an off day but it was really warm. During the tournament, the fish were coming up every day. I could find new fish on beds all four days of the event. 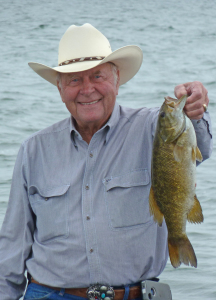 Daily weigh-ins will be at 5 p.m. at the Von Braun Center in Huntsville.

“I caught pretty much all of my fish in that tournament sight-fishing. I caught a lot of them on a Reaction Innovations Pocket Rocket. It was a green pumpkin Pocket Rocket and I had it wacky-rigged (hook stuck through middle of the soft plastic bait).  I was pitching that Pocket Rocket around floating docks until I saw a fish, and then I would throw at them on the bed. They were new fish coming up on beds each day, so it really wasn’t hard to catch any of them. I never spent more than 10 minutes on a fish.”

The Pickwick tournament was held in early May, and Horton had to mix it up to catch 64 pounds and 14 ounces of largemouth and smallmouth bass.

“At Pickwick, I fished the shad spawn in the morning,” he said. “The shad were spawning right off some bluff banks, and I was just throwing a nickel half-ounce spinnerbait to catch those fish. I was able to do that until about 10 o’clock each morning, and I was able to catch at least one five-pounder or two four-pounders in the limit. Then I’d go out deep and throw a Strike King 10XD (deep-diving crankbait) and I was pretty much able to catch a five-pounder every day cranking. I weighed in three smallmouths during the tournament. I wasn’t fishing for smallmouth. I was just cranking out deep and just ran across the smallmouths. Two of those smallmouths were four-pounders. Those are really good smallmouths.”

In February at Lake Okeechobee, Horton was shallow-water fishing, using a swimming jig with a Reaction Innovation trailer to catch 32 pounds and 10 ounces.

“I was just slow-rolling that jig through the grass,” he said. “The fish were scattered in the Kissimmee grass. I caught between 30 and 40 fish a day. I was just having trouble getting a big bite. I did manage to finally catch a five-pounder that put me into the top 20.”

Horton insists he has no idea how the Forrest Wood Cup is going to be won on Wheeler Lake in scorching heat in the middle of the summer.

Horton expects anglers will be scrambling to try a variety of baits and techniques early until they can home in on the river and weather conditions. He also thinks the 7 a.m. blast-off each day will have an effect on some anglers.

“That’s going to hinder people who are used to getting early bites right after daylight,” he said. “It’s also possible that somebody goes shallow and catches 14 pounds every day. I don’t know if they would win, but they’d have a really good tournament. Wheeler kind of fishes a little different than the other lakes on the Tennessee River. It doesn’t have quite as much deep structure. Fish tend to be a little shallower on that body of water.

“In other words, I really don’t know. I wish I did. It’s going to be hard to tell until we get out there.”

“The area around Decatur Flats, that 3-mile stretch of river, I think there will be some fish caught in that area,” Horton said. “It’s just an area that’s always produced fish. I don’t think it’s an area where the tournament can be won. I think its going to be won by somebody who will mix it up between shallow and deep water. They’ll have to be really good at making decisions on the fly.”