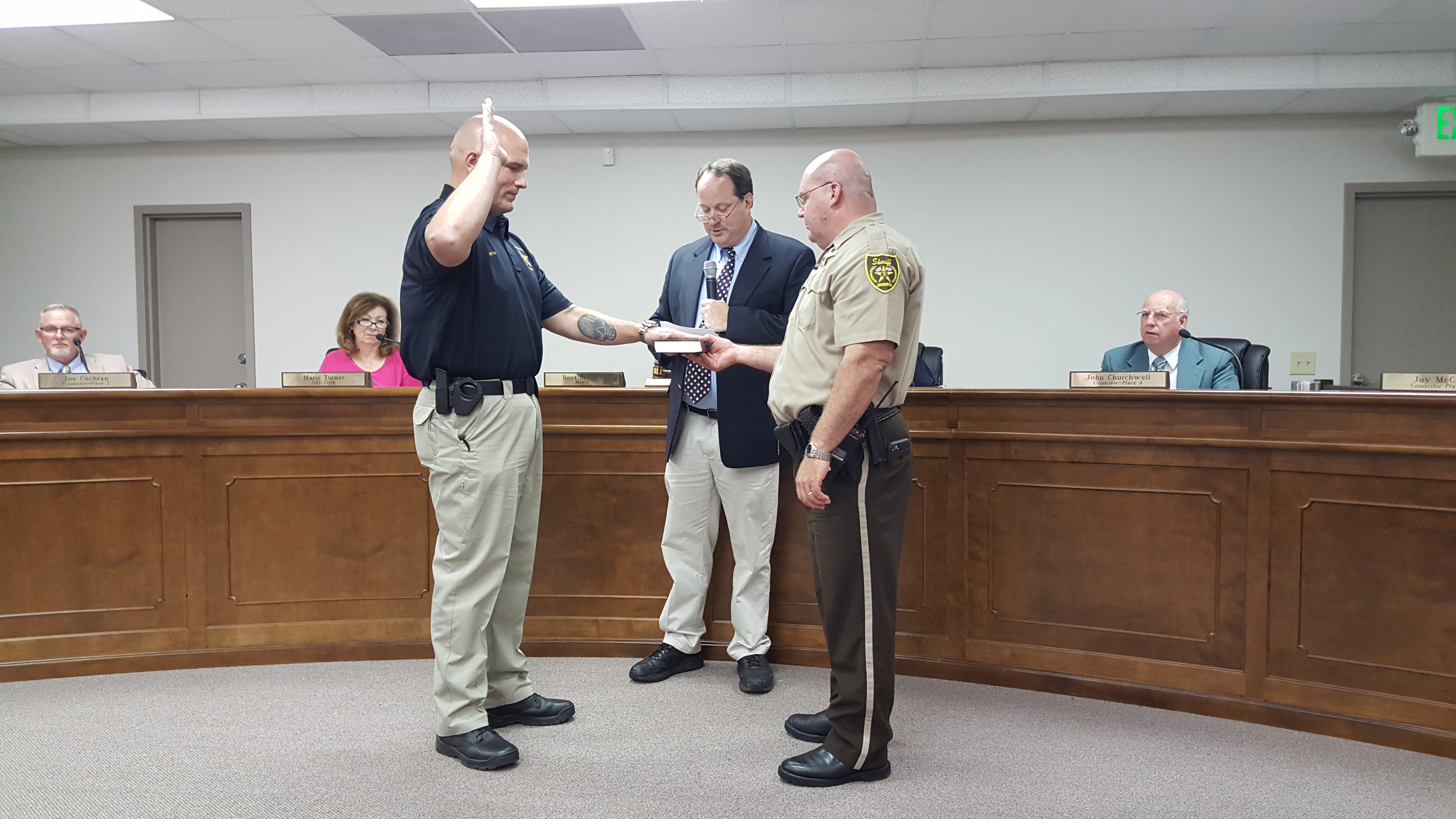 PINSON — Pinson city council had several big announcements last Thursday, and each marked a bit of a milestone.

The City of Pinson has been contracting deputies to patrol and enforce city ordinances almost since the beginning. Now one of the first of those deputies, and a long-time deputy are moving on to other duties. 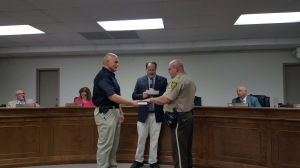 Deputies Jeff Hall and John Leon are leaving as City of Pinson contract deputies to become School Resource Officers. Neither will be going far, though, as Hall will be working at Pinson Valley High School and Leon will be working at Clay Middle, Mayor Hoyt Sanders said.

The mayor and council gave thanks to the two deputies for all that they had done and the way the represented Pinson.

Deputies Keith Smith and Daryl Sutton will be stepping into the positions vacated by the officers. Both are experienced municipal officers with years of experience.

For several years city officials have been courting businesses to move onto the property that once belonged to Big 10 Tires. People passing that building might have noticed it is no longer there. Sanders announced Thursday that the property is destined to be the future site of O’Reilly’s auto parts.

According to the mayor this is the first of several businesses that may be moving into Pinson in the near future, but he did not give details on what the others might be.