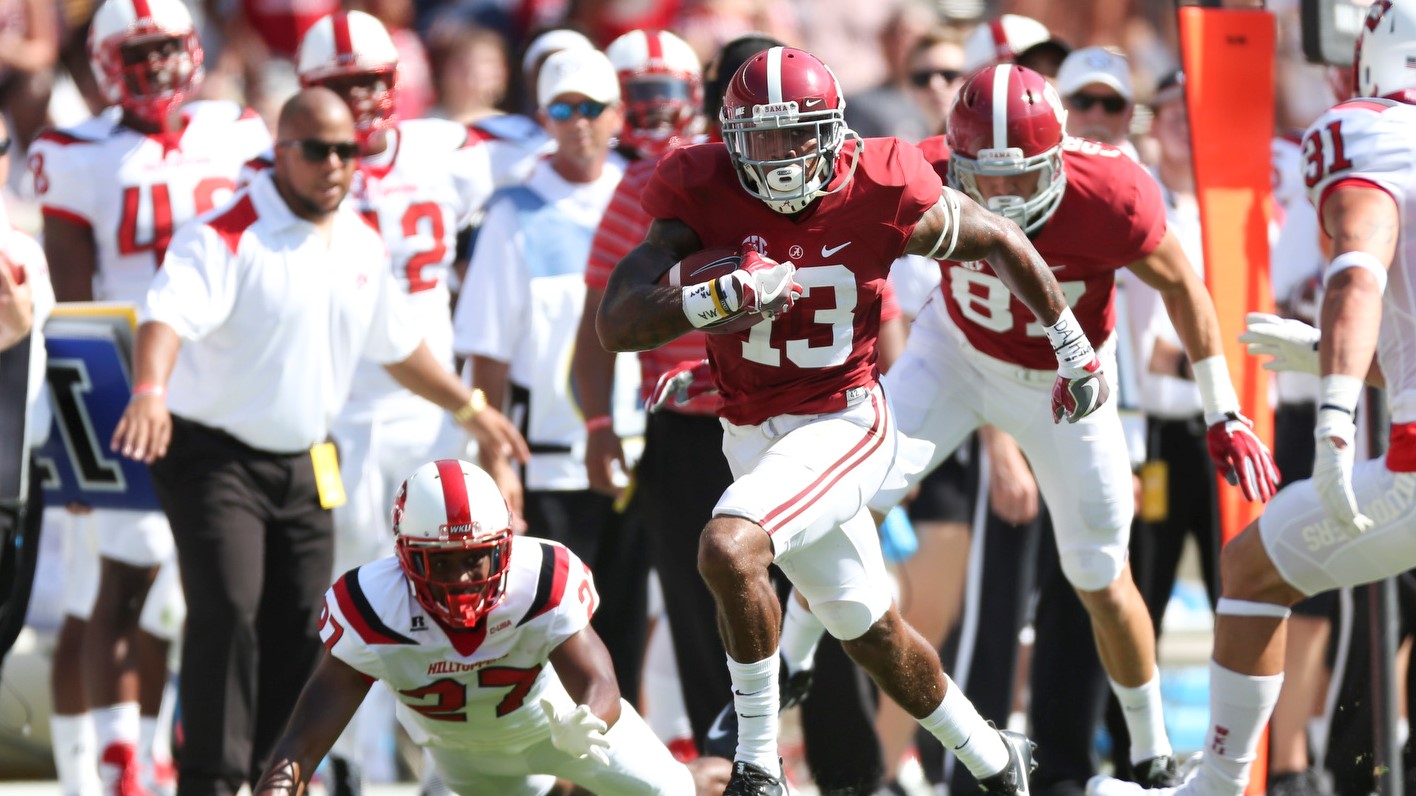 ArDarius Stewart had 5 catches for the Crimson Tide on Saturday. Photo via RollTide.com 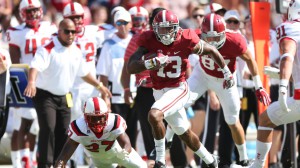 ArDarius Stewart had 5 catches for the Crimson Tide on Saturday.
Photo via RollTide.com

In his first career start at quarterback for the Crimson Tide, Hurts completed 23 of 36 attempts for two touchdowns while passing for 287 yards without an interception. In addition to breaking the old starting debut passing yards mark of 285 set by Brodie Croyle vs. Arkansas on September 28, 2002, Hurts’ performance surpassed the previous Crimson Tide freshman mark of 167 yards set by Vince Sutton at Tennessee on October 20, 1984. Hurts connected on three passes of 40 yards or longer while leading a methodical Alabama attack that benefited from another outstanding performance by the Crimson Tide defense, which posted an interception return for a touchdown for the second consecutive week on a 55-yard return of a pickoff by safety Eddie Jackson in the second quarter.

Defensively, Alabama was stingy as ever, allowing a touchdown for the first time this season with only 46 seconds remaining after WKU recovered a Tide fumble at the Alabama 26-yard line. The Tide was dominant at the line of scrimmage again, holding the Hilltoppers to 23 yards rushing on 22 attempts, an average of 1.0 yards per rush. Linebacker Reuben Foster recorded a team-best six total tackles, including five solos. Additionally, cornerback Minkah Fitzpatrick had five tackles and broke up a pass. As a unit, the Tide defense had four quarterback sacks, five tackles for losses, intercepted two passes, broke up five more passes, forced two fumbles, and was credited with six quarterback hurries.