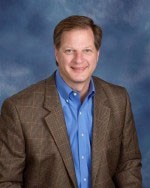 It was referred to as the “Battle at Bristol.” A few Saturday’s ago, 156,990 people gathered to watch Tennessee and West Virginia square off at what is normally Bristol Motor Speedway. The attendance shattered the previous record of 115,109 from September 7, 2013’s game between Michigan and Notre Dame. Those are amazing numbers!

It is intriguing to think that so people gather to sit with people they do not know, cheer for players that they have never met and often cheer for a school that they did not attend. And let’s not throw Americans completely under the bus! North Korea has a soccer stadium that will seat 150,000 while India can seat 120,000 in their largest stadium. If that is not interesting, Australia can pack in 100,018 spectators to watch cricket…whatever that is! It must be something in

our nature. Something within us loves the competition, the connection with others and the excitement that is scheduled to take place.

We can easily conclude that this radical behavior is something that we have developed in our self-indulging lives. However, a quick glance at history may indicate something else. Archeologists have revealed that as early as the 5th century BC, the Olympic stadium could seat 50,000 people. How far and long would people travel in Biblical times in order to gather that many people together?

All this is intriguing. The time given, money spent and passion demonstrated for the momentary impact of a team event has probably been the subject of many academic studies.  In the middle of it all, do we take time to ask how much does this really matter? I mean does the outcome of these events REALLY make a difference in our lives? Do we remember who won a year from now, 10 years from now, and does it matter? For those playing in the game, the outcome does have significance.

After an incredible list of men and women who were true heroes of their generation found in Hebrews 11, we find this passage: “Therefore, since we are surrounded by such a great cloud of witnesses, let us throw off everything that hinders and the sin that so easily entangles, and let us run with perseverance the race marked out for us.” Hebrews 12:1 (NIV)

That passage gives us a glimpse of a large stadium. In the stands are millions that have played the game of life before us. They have completed their race and were champions! Note that this is a race, a game, we can all participate in, for a team that we can all be a member of through a relationship with Christ and for a cause that will really matter…like forever!