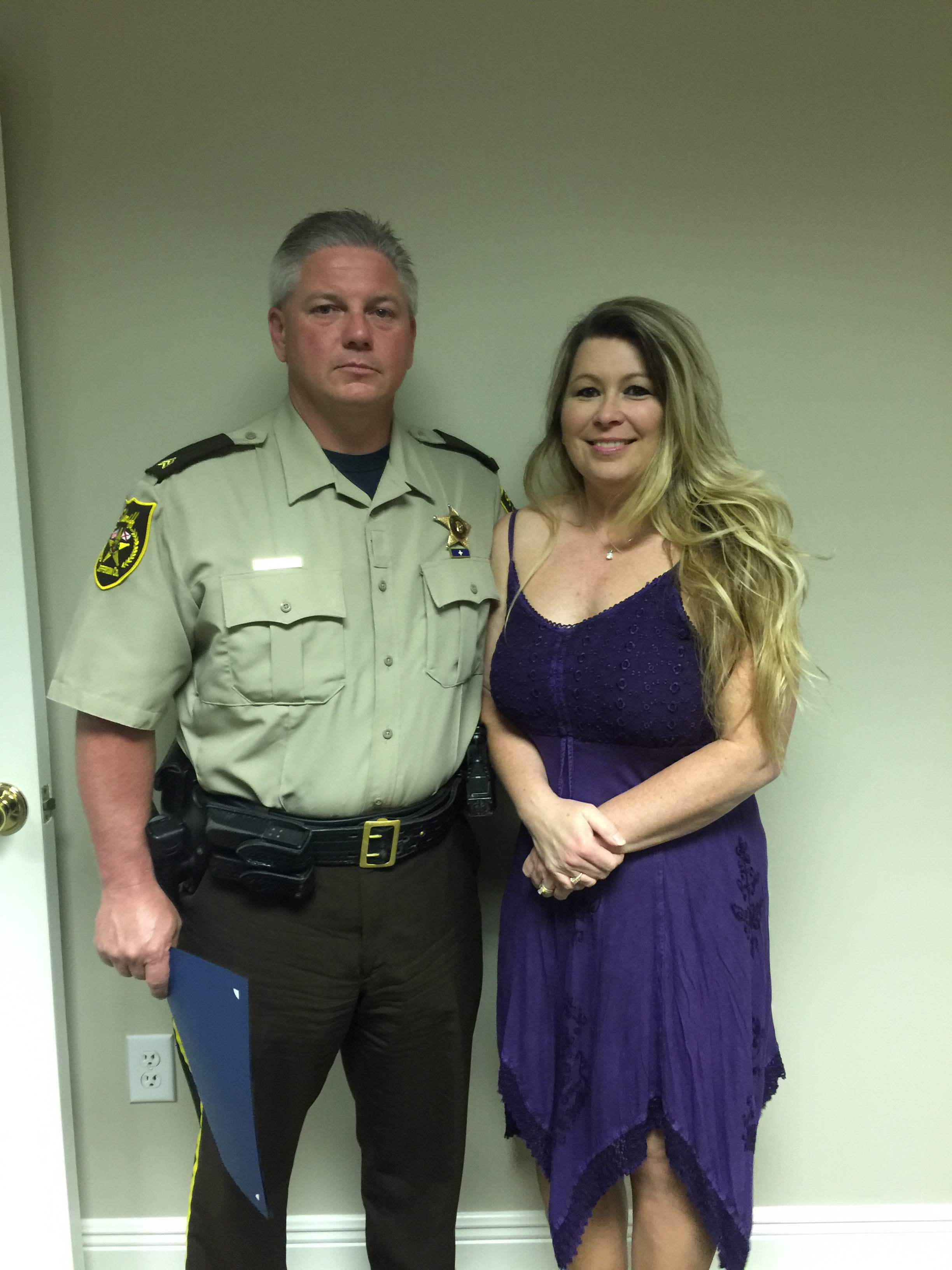 CLAY– During Monday night’s City Council meeting, the council presented a proclamation recognizing Terry Scott, who has served as a deputy for the Jefferson County Sheriff’s Office for five years and was recently promoted to the rank of Sergeant.

“It’s been a pleasure working with Terry,” Mayor Charles Webster said. “He’s been a great guy to have out here in Clay.”

Sgt. Scott, who was accompanied by his wife Nicole, thanked the council for their support.

“I’ve enjoyed serving the people of Clay,” Scott said. “I’m just proud that I was able to serve with pride and leave them in good hands.

“We just thought it would be something to try to get the teachers feeling like we appreciated them a little more,” Johnson said of the grant program, which awards one teacher at each school monthly.

“These are all great teachers,” Johnson said. “So congratulations to them.”

The council also voted to approve a resolution declaring weeds a public nuisance at seven properties throughout the area.

The next Clay City Council meeting will be held on Monday, October 3 at 6:30 p.m.