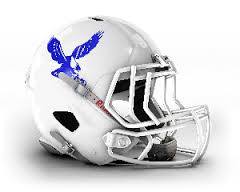 The Vikings held on for the Class 6A, Region 6 win 27-12. The Eagles lost for the 14th straight time over two seasons.

Down 27-0 with one play left in the third, it looked like Center Point was going to roll over and Walker was going to leave with a comfortable victory. Then a Walker punt was blocked and taken to the house by N’Kosi Steele-Dubose.

Still, it seemed like Walker had an easy path to victory. The kickoff was kicked close to the sideline and two Walker players collided, giving Center Point the ball to start the fourth.

A few plays later, Center Point’s offense was in the end zone for the first time on a 15-yard scamper by Isaiah Martin. The score was 27-12 and Center Point had all the momentum. Martin carried the ball 6 times for 38 yards and the touchdown.

Walker got the ball back and went three and out. The snap on the punt was fumbled and it looked like Center Point would have the ball at Walker’s 10, but an illegal touching allowed for a re-kick. This one was punted cleanly and Center Point stalled for the rest of the game.

A late fumbled punt by Kelvin Cole Jr. put the game to rest and Walker ran out the clock to steal the win.

It was a short sign of life from the Eagles (0-7) that could send them into the rest of the season knowing they can score quickly on any team.

Walker came out of the gate firing on all cylinders, scoring on a 2–yard QB run from Michael Crear on their first drive. Crear ran the ball eight times for 80 yards and the one touchdown. Center Point turned the ball over on downs and a long run by Crear set up a 25-yard field goal by Christopher McKellar.

A three-and-out by Center Point turned into another Walker touchdown when Crear found Isiah Cox for 36 yards. Cox finished the game with three catches for 71 yards and the TD.

Walker scored again in the second half with a Kendall Holiday Jr. 5–yard run halfway through the third. Holiday ran the ball 23 times for 74 yards and the TD. It would be Walker’s last points in the game.

Center Point turned the ball over six times, three on interceptions. Two of the interceptions were hauled in by Braxton Harris.

“Our kids got some fight in them,” said Center Point coach Shawn Gregory . “I’m looking forward to those guys picking it up and showing the pride and the character we do have.”

Center Point will look to bring that pride and character to Pinson Valley next week as the Eagles take on the Indians.