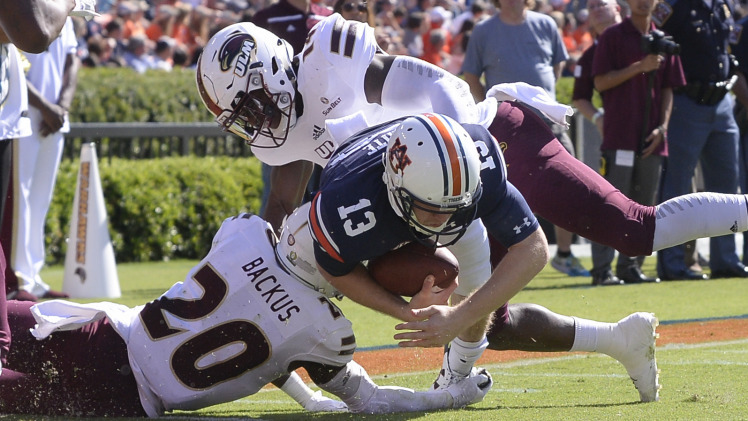 AUBURN, Ala. – Auburn was better in the red zone, out of the red zone and just about every place the Tigers set foot in Jordan-Hare Stadium on Saturday. 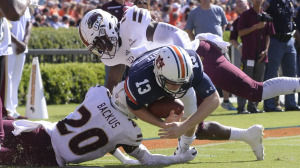 The Tigers, who spent the week saying it needed to score more red-zone touchdowns, certainly scored in the red zone. But Auburn didn’t always even bother with the red zone. White threw 48-yard touchdown passes to both Kyle Davis and Tony Stevens, and a regular-ol’ 36-yarder to Stevens to set up another score. Franklin scored on an 80-yard sprint on his second. A few minutes later, he threw a 39-yard pass to Nate Craig-Myers to make it 56-7 with 1:08 left in the third quarter.

Auburn added on with a safety in the closing seconds.

Johnson had a career-best 127 yards and two touchdowns at the half. He finished with 146 yards, giving way to young back midway through the third quarter.

It was a win, and a confidence boost, as the Tigers, which started the season with five straight home games, turn their attention to their first road game when it plays at Mississippi State next Saturday. Auburn improved to 3-2.

The ULM Saturday was just what Auburn needed to feel better about the offense after beating LSU 18-13 the week before with six field goals. The Tigers scored eight touchdowns against the Warhawks.

And had 618 yards. After three quarters. The Tigers finished with 688 yards.

The Tigers said after beating LSU with six field goals that they needed to be more productive in the red zone. They were from the beginning Saturday, scoring touchdowns on all three red-zone opportunities in the first half.

Johnson finished off ULM in the first half, with Johnson scoring from the 1 and 2 to make it 28-0 with 4:05 left in the first quarter. The Warhawks scored on the last play of the first half to cut Auburn’s margin to 28-7 at the break.

Auburn didn’t care. White threw a 48-yard touchdown pass to Tony Stevens early in the third quarter to make it 35-7. White then threw a 36-yard pass to Stevens to set up a 4-yard touchdown run by freshman Malik Miller, who carried a ULM defender into the end zone for good measure.