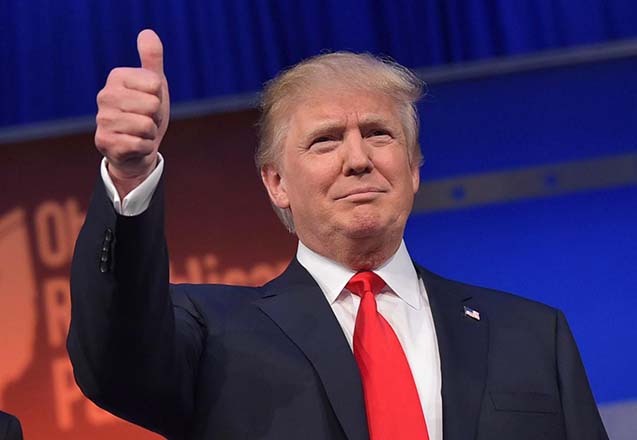 TRUSSVILLE –Donald J. Trump has been elected the 45th president of the United States. In the process, the Republicans retained control of the house and senate, bucking all prognosticators in a sweeping and stunning election.

Just before 2 a.m. local time, president-elect Trump, took the stage and announced that former Secretary of State Hillary Clinton had called him and conceded the election for the presidency.

“Sorry to keep you waiting,” Trump told his supporters. “It’s a complicated business.”

His speech was intended to be unifying as he offered an olive branch to those who had opposed him. Trump thanked Clinton for her service to the country and congratulated her on a hard fought race,

Trump began the night with pollsters not giving him so much as an outside chance at winning the White House. However, as the votes rolled in across the nation, Trump won state after state in what many are calling more of a movement than an election.

Clinton did not address her supporters on Tuesday evening.