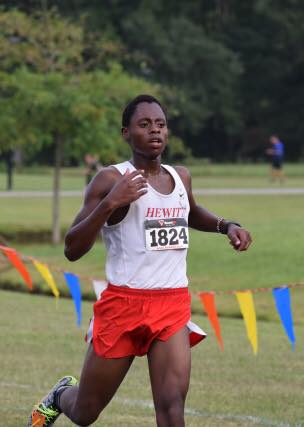 MOULTON – Hewitt-Trussville’s John Ngaruiya came up one-tenth of a second short in his bid to win the Class 7A state title at the AHSAA State Cross Country Championships at Oakville Indian Mounds course on Saturday. 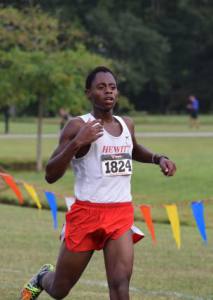 Hoover’s Tommy McDonough took the honors, running the 5K course in 15:39.70 to Ngaruiya’s 15:39.80, nipping the Husky star at the tape. It was a personal record for McDonough, while Ngaruiya was about 4 seconds off his best.

The Hewitt-Trussville girls team did not qualify for state, but eighth-grader Amelia Brady qualified as an individual and raced home in 11th place to earn All-State honors. She ran the 5K course in 18:53.59. Sophomore Sydney Hall also qualified and she came home in a respectable 19:48.27, good for 37th overall.