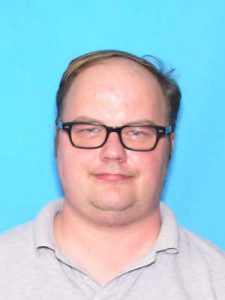 ONEONTA – Joseph Wayne Attaway, 38, has been charged with theft of property in the first degree after Jefferson County detectives discovered he stole nearly $90,000 from his employer over a year-long period.

Attaway began working as an accountant for a Birmingham Logistics company in May of 2014. His responsibilities included overseeing the payment of vendors for the company and managing bank accounts.

In September 2016, Attaway was terminated from his position for failing to return to work after a vacation. A team of accountants was assigned to reconcile the books and take over the duties that had been assigned to Attaway previously. The accounting team found that they were unable to reconcile the accounts and asked for an audit to be conducted.

On September 26, 2016, the Jefferson County Sheriff’s Office was contacted to investigate the case. The case was assigned to the Special Investigators Unit for follow-up, and detectives learned that Attaway had used the stolen money to finance an extravagant lifestyle. He purchased a truck, furniture and airline tickets, and also made rent payments on an apartment in Homewood and bought food, alcohol and gifts from the gentleman’s club. Some of the funds were also used to pay an attorney to represent him in a DUI case. He depleted his checking account, leaving a negative balance.

Detectives obtained an arrest warrant charting Attaway with theft of property in the first degree on November 17, 2016.

Attaway remains at large. He is believed to be in the Oneonta area. Anyone with information should contact the Jefferson County Sheriff’s Office at 3e25-1450 or Crime Stoppers at 254-7777.