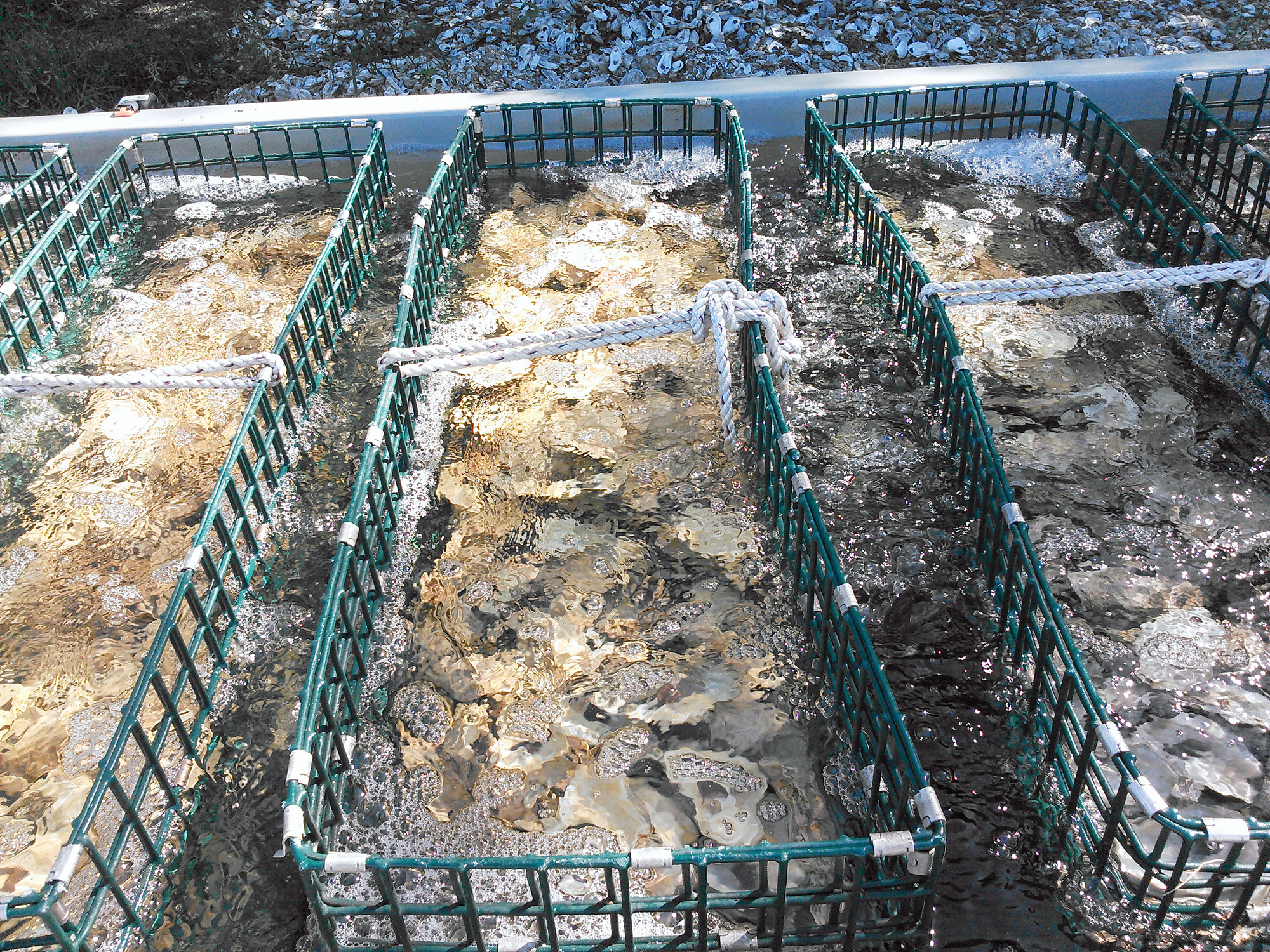 (Marine Resources, David Rainer) The Alabama Marine Resources Division has planted more than 120,000 cubic yards of oyster shell and limestone rock to try to help replenish local oyster reefs and oyster production. One method used to help jump-start oyster production is to release larvae into large tanks with oyster shell in baskets. The larvae, called spat, attach to the shells, which are then placed in coastal waters.

If oyster dressing was on the Thanksgiving menu, the likelihood is the cook had to look for oysters at other than traditional outlets.

Since the oyster season opened on November 1 in Alabama coastal waters, production has been unusually low. Thank goodness, the oyster aquaculture industry in the state has been able to take up some of the shortfall but certainly not all.

The Alabama Marine Resources Division (MRD) is well aware of the low oyster harvest numbers and has been working diligently to find solutions to the problem.

“For the last three years we have planted 120,000 cubic yards of oyster shell and rocks to enhance our reefs,” said Marine Resources Director Chris Blankenship. “That’s more than 1,100 acres of water bottom that we’ve enhanced. That’s big. That’s the most we’ve ever done in a short stretch like that. We’re hoping it will produce oysters, beginning next year.” 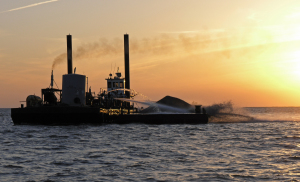 (Marine Resources, David Rainer) The Alabama Marine Resources Division has planted more than 120,000 cubic yards of oyster shell and limestone rock to try to help replenish local oyster reefs and oyster production. One method used to help jump-start oyster production is to release larvae into large tanks with oyster shell in baskets. The larvae, called spat, attach to the shells, which are then placed in coastal waters.

The reef-planting projects, funded by grants from NRDA (Natural Resource Damage Assessment) and the National Fish and Wildlife Foundation, have occurred at Cedar Point, Heron Bay and in the middle of Mobile Bay near Fowl River.

After oysters spawn, larval oysters, called spat, drift with the current until they contact suitable substrate (cultch), usually other oyster shells or limestone rock. They attach to that material and start to grow.

“We got a good spat set on the cultch,” Blankenship said. “As long as those survive, they will be harvestable by next year.

“But we are concerned about the drought and the lack of fresh water coming down the river. The last large-scale drought happened in the late 2000s in the Southeast. The salinity went way up in lower Mobile Bay, and the oyster drill decimated our reefs.”

Oyster drills are small predatory snails that thrive when the salinity increases. The snail finds an oyster and drills a hole with its hard mouthpiece. Once the shell is penetrated, the snail releases an enzyme that starts the digestion process. The drill then consumes the oyster while it is still in its shell. The drills can’t survive in the low-salinity waters when rainfall and river discharge are at normal levels.

“One of the things we’re really encouraged about is a project we have with the Auburn University Shellfish Lab and the remote setting of oysters,” Blankenship said. “What we’ve traditionally done is put the cultch material out and the let the spat set naturally on the material. The remote setting of oysters is that they spawn the oysters at the Auburn Shellfish Lab, and then we use these big tanks that are about 40 feet long and 4 feet deep that have baskets full of shells. We take the oyster larvae and pour them into the tanks. The larvae set on these shells. We feed them in the tanks for two weeks before we take them out and place them on the reefs with the spat already attached.

“We hope this jump-starts the settlement process and the growth process and the survivability of the oysters. If we can do this on a large scale and get the oysters to a certain size before we put them out there, it increases their ability to survive. We’re excited to be doing something different than just planting cultch material. It’s good to have the Auburn Shellfish Lab here on Dauphin Island to partner with and accomplish that.”

Blankenship said the harvest of wild oysters has been minimal this year, but he hopes the good spat set from this year will mean a good harvest for 2017 and beyond.

“Having the off-bottom oyster aquaculture farms has been a large supplement to the wild harvest,” Blankenship said. “We have 10 oyster farms that are operating now. Point aux Pins got it started, and Murder Point is the largest now. They’re on track to produce a couple of million oysters this year.”

Another species of seafood that has caused concern among coastal anglers has been flounder. The harvest numbers for the tasty flatfish have been low in recent years, but it appears the flounder population is trying to rebound.

The annual fall flounder migration to the Gulf of Mexico should be in full swing right now with the recent full moon and the cold front. Jay Gunn and I went out recently and put 10 keepers in the boat and threw back that many that were just below the minimum of 12 inches, an encouraging sign that last year’s spawn was at least decent. 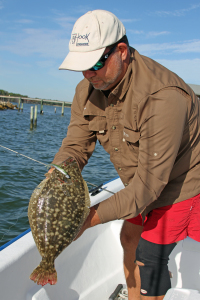 (Marine Resources, David Rainer) Meanwhile, the flounder fishing on the Alabama coast has rebounded a little, but Marine Resources hopes to start a spawning program in 2017 to boost the local population.

Marine Resources is also working on ways to supplement the natural production of flounder through work at the Claude Peteet Mariculture Center.

“We’re trying to get enough brood stock to start spawning flounder at the hatchery,” Blankenship said. “We have a lot of females. Males only get to about 12 inches, so we’ve had a hard time collecting enough of them to start a spawning program.

“That’s one of our goals for 2017 is to get brood stock for the hatchery and start producing flounder.”

Blankenship said Auburn University has applied for a grant from NOAA (National Oceanic and Atmospheric Administration) to study the environmental conditions that affect flounder. MRD would be a partner on the flounder project.

“If Auburn gets the RESTORE grant, the project would look at water temperature and how it affects the small flounder as they’re growing,” he said. “Water temperature makes a difference in what sex they become as they develop.”

The study would evaluate estuarine conditions such as water temperature and salinity and how those factors affect sex-specific growth rates and sex determination. The study would include developing population models and how fishing regulations affect the management decisions. Freshwater river discharges and salinity in certain areas would also be studied. Some of the research would be done at the hatchery.

“If the project is funded, we’re going to do some work with Auburn University in the controlled hatchery environment to see what’s causing the problems with flounder,” Blankenship said.

Anecdotally, Blankenship said the reports from anglers who are catching flounder seem to indicate the worst is over for now.

“Flounder fishing is better, maybe not to what it was in the past,” he said, “but it’s much better than it has been the last several years.