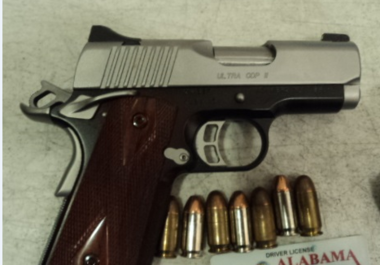 BIRMINGHAM – A loaded gun was found at the Birmingham-Shuttlesworth International Airport TSA checkpoint on Thursday.

The Kimber .45 caliber was found in a carry on bag, according to TSA Regional Spokesman Mark Howell. The Birmingham Police took the bag and removed 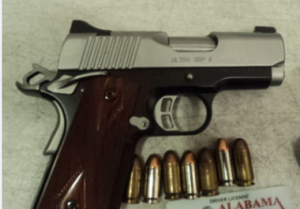 the passenger from the checkpoint area.

According to al.com this is the 40th time in 2016 that a gun has been found and recovered by TSA at a security checkpoint in the Birmingham Airport. This is up from 24 in 2015.

Firearms can be transported in checked baggage if they are reported to the airline, in a proper case and unloaded. Guns are prohibited in all carry-on bags.

Passengers who bring firearms to a checkpoint face civic penalties from TSA and potential criminal charges.