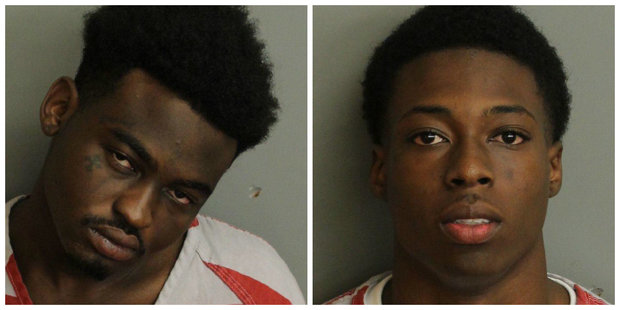 Two have been arrested for separate crimes with the assistance of the new Metro Area Crime Center.

Torsean Darnell Washington, 20, has been charged after holding up a Dollar General on Center Point Road in November. Johndarius Ward, 21, has been

charged after robbing a Family Dollar in Forestdale, which also happened in November.

Washington entered the Dollar General around 10 a.m. on Nov. 6, asking where diapers were located. He got a pack of diapers, going to the checkout counter and pulling a gun. He demanded money from the cashier but she said she couldn’t open the drawer and called for a manager, upon which Washington fled the store empty-handed.

Images were captured via video surveillance footage, which were then distributed to detectives working in the Metro Area Crime Center. Washington was developed as a suspect and deputies were able to identify him as the suspect, issuing a warrant charging him with first-degree robbery on Nov. 14. He was arrested at a home near Center Point on Monday.

Washington also had outstanding warrants for failure to appear on first-degree robbery and possession of an altered firearm. He’s being held without bond in the Jefferson County Jail, according to al.com.

The other holdup occurred on Nov. 30 around 3 p.m. in the 1600 block of Forestdale Boulevard. Multiple law enforcement agencies were investigating similar robberies.

The surveillance images were submitted to the Metro Area Crime Center, leading investigators to develop Ward as a suspect, obtaining a first-degree robbery warrant. Ward was also arrested on Monday and is currently at the Jefferson County Jail on a $50,000 bond.