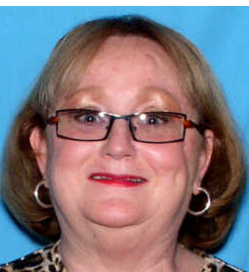 Pruet is accused of theft of property in the first degree. She is described as 5’5” tall and 160 pounds, with blonde hair and blue eyes.

Pruet’s last known address was the 6400 block of Pine Tree Lane in Pinson. Anyone with information on Pruet’s whereabouts should contact Crime Stoppers at 254-7777.