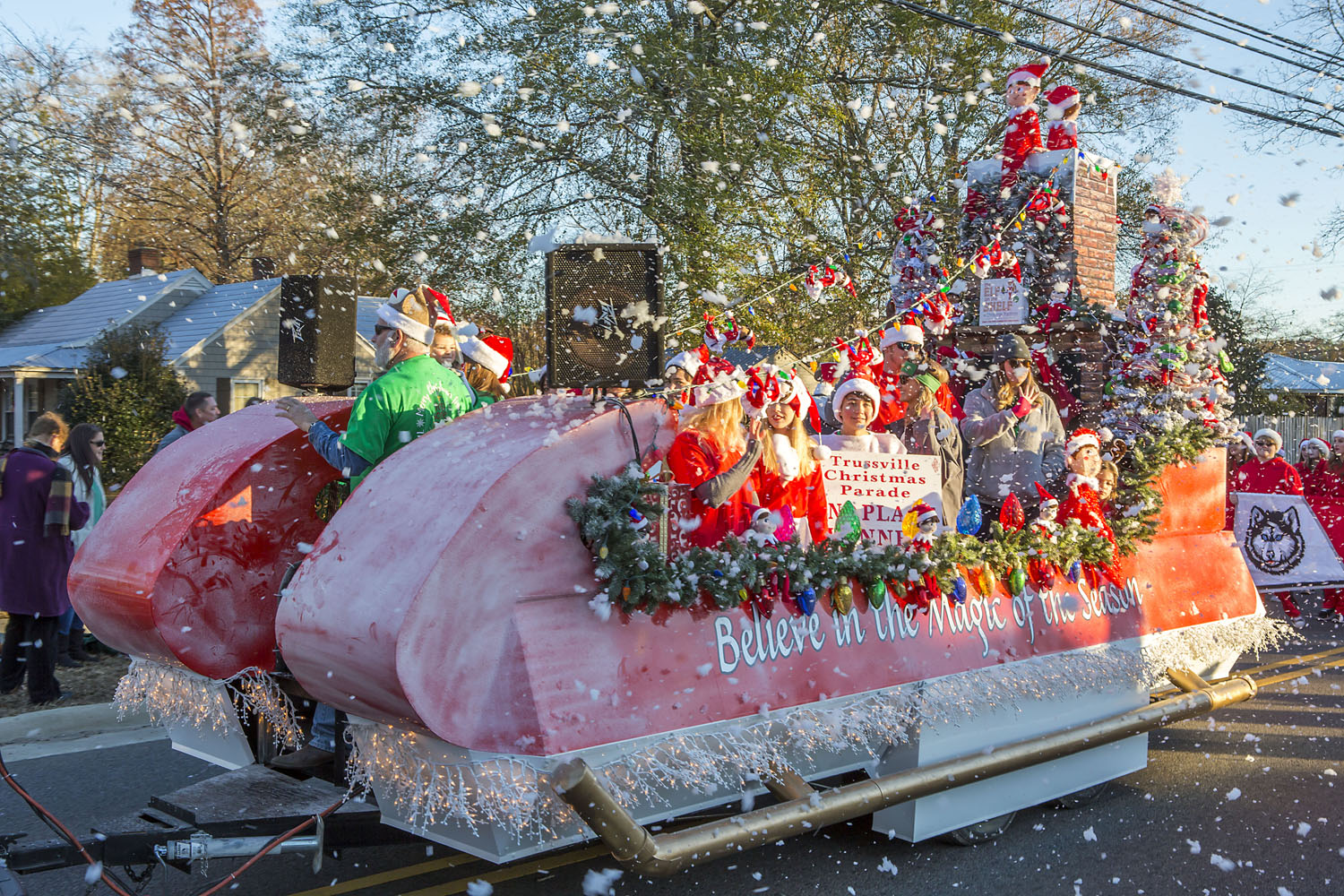 TRUSSVILLE — For some, the Trussville Christmas parade is a spectator sport, but for Trinity Contractors, it’s an opportunity share Christmas cheer with the community.

Each year Trinity spends weeks designing a float with a theme that will appeal to the children watching. This year, the float captures the magic of Elf on the Shelf.

The Elf on the Shelf is a children’s picture book that was written in 2004, and tells the story of how Santa Claus knows who is naughty and who is nice. The book describes elves visiting children between Thanksgiving and Christmas Eve to create mischief and watch over them, after which they return to the North Pole until next Christmas.

“We have elves zip lining down Christmas lights and hiding in stockings,” Aimee Jones with Trinity Contractors said. “It’s kind of a quirky design we came upwith, but we put so much time and effort into designing something unique, we want to make sure it’s special.” 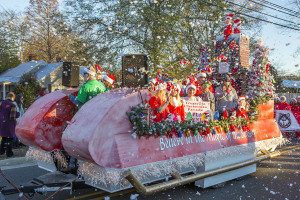 There are trees on the float adorned with elves, as well as a mantelpiece, where stockings are hanging, with elves atop the mantle watching the mayhem unfold.

“We pick something that will appeal to the children,” Jones said. “They’re so excited waving, they’re happy, the whole point of doing it is to make sure it’s for the children. That it’s something they’re going to pick up on, and bring a smile to their faces.”

Jones said during the brainstorming process the Elf on the Shelf idea just stuck, especially because the Trinity float is a lot more elaborate than anything Elf on the Shelf related the kids see in the Macy’s Thanksgiving Day parade.

“The Macy’s parade just does the Elf on the Shelf Balloon,” Jones said. “It was a challenge because nobody has ever done anything like this before.”

Jones said the float is a group effort amongst the entire company employees designing and building the float, and also riding on the float the day of the parade with their children.

“We’re at work with the same people all day every day and it’s enjoyable to get out and do something we all enjoy doing,” Jones said. “So many of us come out that day and share it with our families.”

But more than anything, Jones said it’s about saying ‘thank you’ to their customers and the community.

“The only reason we do this is to give back to our customers some of the happiness that happens during Christmas,” Jones said.