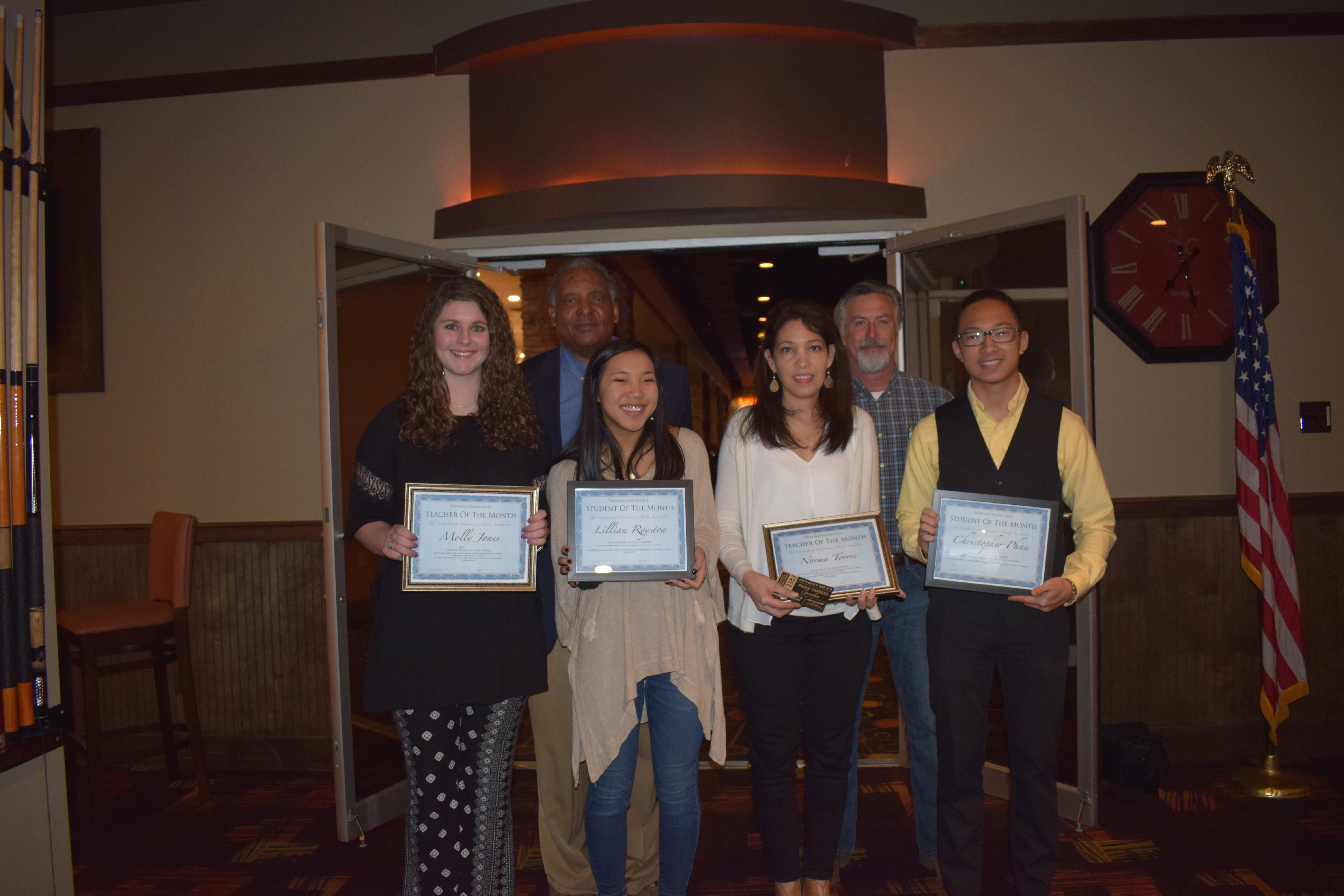 Shown in the photo are Molly Jones, Lillian Royston, Norma Torres, and Christopher Phan. On the back row are Rotarian and SOM Coordinator Ty Williams and Club President Tommy Trimm.

TRUSSVILLE – The Trussville Rotary Daybreak Club has named two students of the month for February. The Don Haisten Student of the Month from Hewitt-Trussville High School is Lillian Royston. Lillian is involved in cheerleading, National Junior Honor Society, Mu Alpha Theta, Spanish Club, Freshman Board, and Serve Team at First Baptist Church Trussville. She is on the A-honor roll and has received the principal’s choice award and the female academic excellence award. 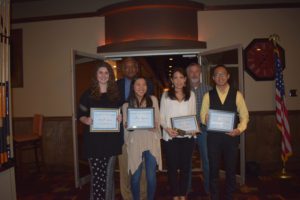 Shown in the photo are Molly Jones, Lillian Royston, Norma Torres, and Christopher Phan. On the back row are Rotarian and SOM Coordinator Ty Williams and Club President Tommy Trimm.

Lilian selected her math teacher, Molly Jones, as her Teacher of the Month. Lilian said of Ms. Jones, ‘She constant encourages me in school and helps me anytime I have questions whether it’s about math or life in general.  She’s approachable and it has been easy to build a good relationship with her.  She always has my back.’

The SOM from Clay-Chalkville High School is Christopher Phan.  Christopher is involved in in the soccer team, tutoring, theater musicals/plays, choir chamber, and foreign language club. He enjoys playing soccer and swimming.

Christopher selected as his Teacher of the Month Norma Torres, his counselor. He said, ‘Ms. Torres has helped with me with future plans about college, my career, and scheduling.’

These programs are sponsored by Jim ‘n Nick’s Bar-B-Q.