JEFFERSON COUNTY –A death investigation from Wednesday has turned into a homicide investigation after a man returned to his Rock Mountain Lakes from an out of town trip to discover a decomposing body in his bedroom. The Jefferson County Sheriff’s office now has a suspect in custody, but questions remain.

The resident told deputies he didn’t recognize the victim. 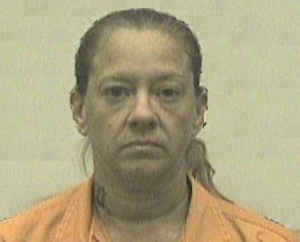 Christy Lynn Cook was reported as missing by the Pickens County Sheriff’s Office. She has now been identified as the homicide victim at a Rock Mountain Lake home.

The victim has been identified as 39-year-old Christy Lynn Cook. Cook had been reported missing to the Pickens County Sheriff’s Office. It was reported that she was last seen on March 7, 2017, as she was leaving for a trip to Tennessee. She never arrived at her destination.

What is known is that sheriff’s detectives investigating and working with the medical examiner have determined that the death of a woman found in a Rock Mountain Lakes home yesterday is a homicide. The victim has not yet been positively identified.

A suspect is in custody. The name of the suspect is being withheld pending formal charges.