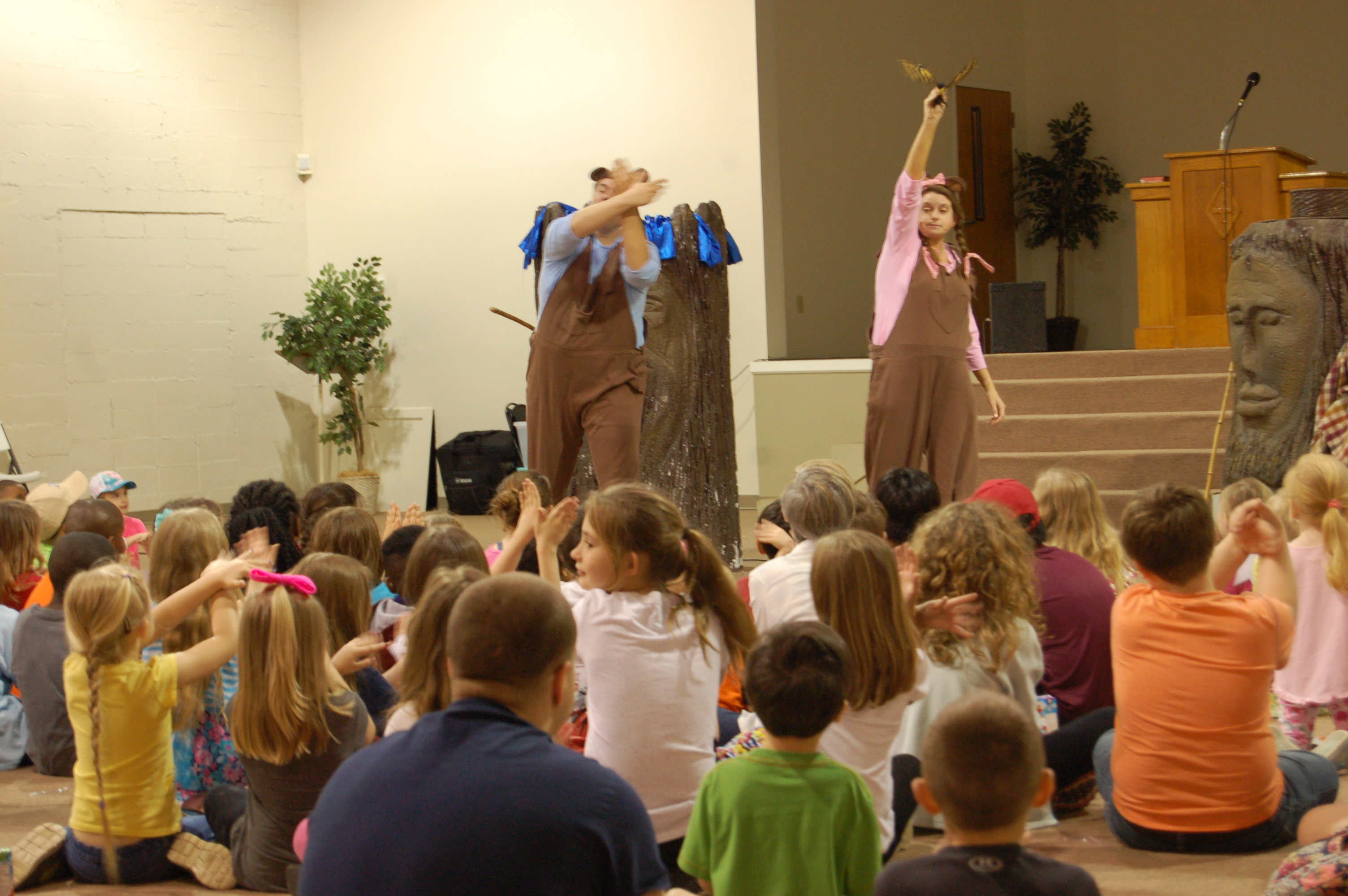 PINSON – Birmingham Children’s Theater (BCT) came to the historic Rock School Center in Pinson to present an interactive play, “Wake Up, Brother Bear” to more than 270 kids and their families in attendance on Friday morning. The event was hosted by the Pinson Public Library. 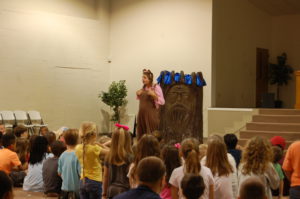 Pinson Public Library Director Allison Scanlan had been inspired by other libraries hosting BCT, so the Pinson Library partnered with the city to bring them to Rock School Center.

The library staff held its first presentation of BCT in October of 2016, performing “The Little Train That Could”.

The response from both children and their parents at last year’s event was so good that they’ve brought BCT back again this year and hope to do it next year, Scanlan said.

“Hopefully in the fall we’ll do another one. We have gotten great feedback from this, so it’s something we definitely want to continue,” she said.

Pinson Mayor Hoyt Sanders and his wife, Cande Sanders, have been active in promoting the occasion for the community. Part of what makes this occasion appealing to Pinson residents and their children in particular, is the convenient location of Rock School Center.

“I thought it’d be a great opportunity for the people of Pinson because it’s a little bit of a haul for the people in our area to get to downtown,” Scanlan said. “[Going to the theater] isn’t expensive but it can be if you have four kids, so it was a good opportunity to get them up here to do a free show.”

Although the event is aimed at young children, Scanlan said that there are adults who either have no children or have grown children that still come to see the performance out of a love for live performances. 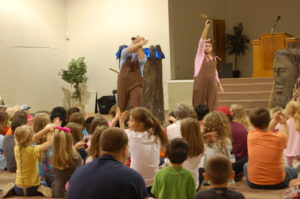 “Wake Up, Brother Bear,” is an interactive play conceived by Imagination Stage in 2009. Since then it has become a staple in performances for young audiences. Children are invited to sit where the actors are performing and take part in the story.

The 30-minute play has Sister Bear and Brother Bear learning about the seasons and how to deal with their feelings, especially if they’re upset about something, such as when Brother Bear can’t catch a fish or Sister Bear doesn’t understand why the leaves change in Fall.

“Every way that you can make your feelings heard you should,” said James Powers, who played Brother Bear at Rock School on what the play teaches children. “Just try it. Everybody communicates differently and we should respect people and try to understand them.”

Hannah Sizemore, who played Sister Bear, said that they story helps teach children about having a voice.

“In this story, Sister Bear is Brother Bear’s interpreter,” she said. “She talks for him and through him. The way I look at it is that it teaches kids that they have a voice and that they always have someone to help them bring their voice out. Sister Bear helps Brother Bear bring his voice out.”

Scanlan said that the event is an opportunity for children in Pinson and the surrounding communities who have never been in an interactive play before.

“I want them to be exposed to something new and something they’ve maybe never experienced before,” Scanlan said. “I want them to be able to see an interactive performance and have fun with it. This also a safe place for families to come, hang out and enjoy themselves.”