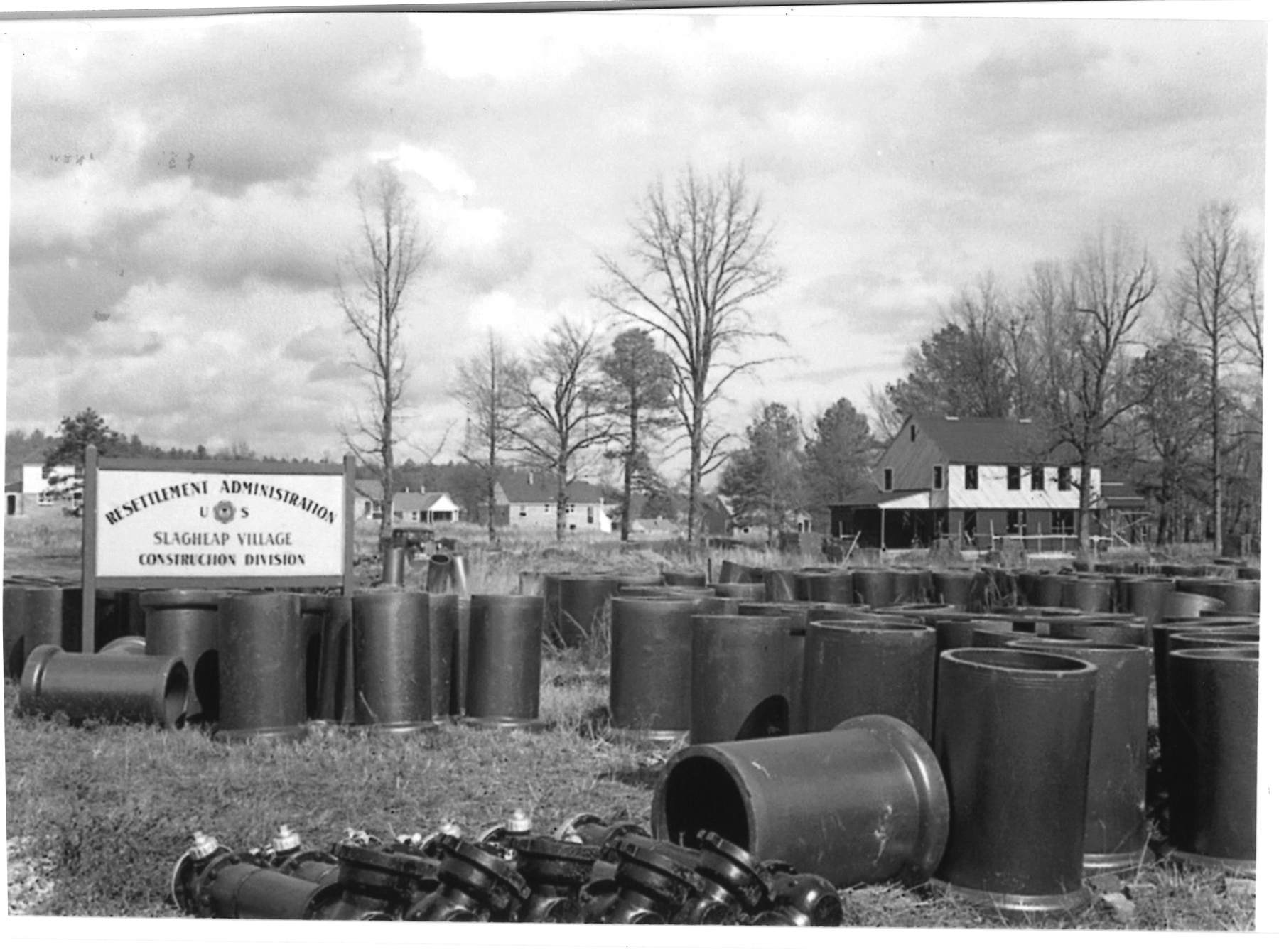 The water lines prior to installation in the Cahaba Project area in the 1930s. (Photo courtesy Trussville Gas & Water)

This is the third in a series that will highlight Trussville’s early history as we approach the 70th anniversary of incorporation.

TRUSSVILLE — Following incorporation, the town of Trussville wanted to govern themselves in all aspects. Cahaba Project homes were slowly sold to individuals, a city government was installed and eventually the town acquired the sewer system from the United States government. 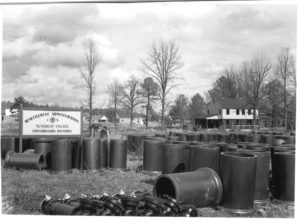 The water lines prior to installation in the Cahaba Project area in the 1930s. (Photo courtesy Trussville Gas & Water)

The United States government owned and operated a sewage treatment plant complete with a pump house, filter plant, reservoir tank and sewage disposal plant. They subsequently sold the facilities and the land to the town at a cost of $50,000.

A list of items included in the sale covered an entire legal-size page and detailed every item being purchased by the town. That list includes things big and small, such as pliers and boxes of nails to barrel pumps and hydraulic jacks.

“The project homes were some of the only ones built at that time with indoor plumbing,” Jane Alexander of the Trussville Historical Society said.

Trussville’s utility system was constructed with WPA funds in 1936 when the initial well and water tank were constructed. By 1938, both the waterworks and sewage disposal plant were established.

The utility had grown to serve over 7,400 gas customers and 4,500 water customers in both Trussville and Center Point in the 1960s. The need for a new, state-of-the-art water filtration plant to be constructed grew from the population boom of the 1980s and 90s. That plant opened in the year 2000.