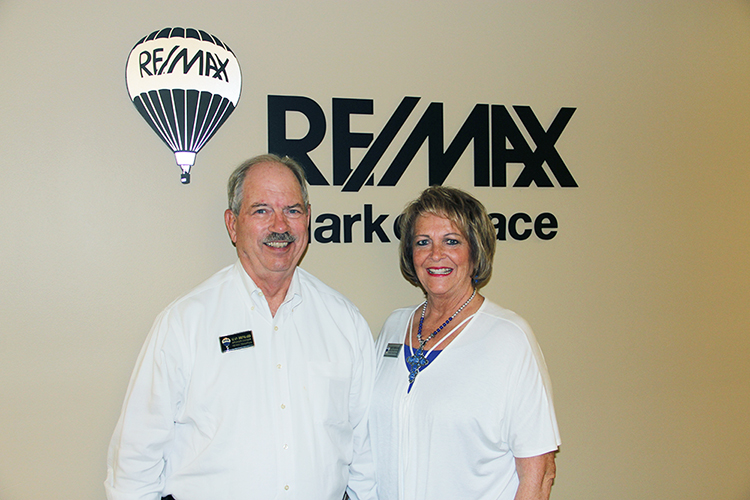 TRUSSVILLE – The best of both worlds. That’s what Alan and Nancy Drinkard have with their Re/Max Marketplace office. Alan really wasn’t that interested in real estate. He was, however, interested in Nancy. The two met when Alan needed an appraisal done, and the rest is history.

Now married for nearly 20 years, the couple have been working together since 2002 when Alan obtained his license. In 2010, they opened their own office off Happy Hollow Road. 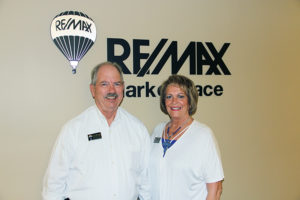 “When we opened the door, it was me her, her son and daughter,” Alan Drinkard said. “We’ve built that into 25 agents.”

Opening the office was something they wanted to do so they could build a team of agents who work the same way they did.

“We wanted to provide good service to the area. Our ideas of doing things are a little bit different, and Re/Max Marketplace gives us the freedom to do some of the things other companies won’t allow,” he said. “Therefore, I can give my agents some leeway in what they do. I’m responsible for the agents, but they are free to do their own marketing how they want.”

Nancy moved to Alabama from upstate New York where she left behind a 500 acre dairy farm. She’s been in real estate now for 24 years. Oddly enough, she also got into the business by accident.

“I had planned to finish my accounting degree after I moved from the farm,” she said. “Then my daughter asked me to go to college with her. By the time I got around to register, the only class that was still available was real estate.”

Instead of waiting to register the next quarter, her daughter talked her into going into taking the real estate class.

“I did it, and then started working for my professor and it snowballed. I loved it,” she said.

When she started looking to buy a home for herself in Alabama, she said she wasn’t able to really afford an expensive home being a single mother of three. Realtors wouldn’t even talk to her because her budget was not six figures.

“I made a vow that when I became a realtor that I would take care of anyone with any budget,” she said. “I take care of people who can only afford a $20,000 house and I also have a $2 million house listed now. I want to help whoever you are; it doesn’t matter what you can afford.”

That’s how she’s run her business, and it’s the reason her referral business is non-stop.

“The best customers are referrals. If you do a good job, they’ll refer you. Treat everybody the same — I don’t care who you are — that’s how it should be,” Nancy Drinkard declared.

Alan, on the other hand has been in Trussville since 1957, and spent 25 years in the Trussville Volunteer Fire Department. His father retired from the department after 48 years of service. In addition, he retired from Alabama Power before getting into real estate with Nancy.

With their office, they have found their sweet spot in this area, but have built the office into 25 agents who specialize in a broad area, including Trussville, Clay, Pinson and much of St. Clair County.

“We have cut our niche in this area. We’re not tied to this immediate area, but we do specialize in it,” he said. “I’ve got 25 agents who are in different areas with different specialties. There are so many different aspects of real estate.

“None of us are just commercial or just residential. We work at a little bit of everything. I tell my agents it’s up to them on what inventory they take, but they know that building relationships with customers is most important.
Those relationships are especially important now because the inventory of homes in this area is slim. Before the Drinkards opened their own office, the housing bubble burst, but the market has changed.

“Back in the mid-2000s, things were going well until the bottom fell out,” Alan Drinkard recalled. “Things got a little stagnant, but things started picking back up. The problem now is the inventory is slim. Many of the builders who were in business got out of it or lost everything. It’s just now beginning to pick back up.

“The market has changed from the standpoint of supply and demand — especially in Trussville. Trussville is a very good market because we have such a large price range in and around the area.”

Alan Drinkard knows how important allowing his agents to work independently can be to their success. Not only the agents, but the customer’s comfort level is something he really stresses.

“Everybody has their own comfort level. We work closely with the lenders, but it’s the buyer’s choice on who they want to use. Our goal is just to help our customer’s get through the system and educate the clients,” he said.

“We’re not salespeople, we’re consultants. Building relationships gains referrals. Without those, you’re wasting your time. Nancy’s business is 99 percent referrals. If you do a good job, customers will remember it.”