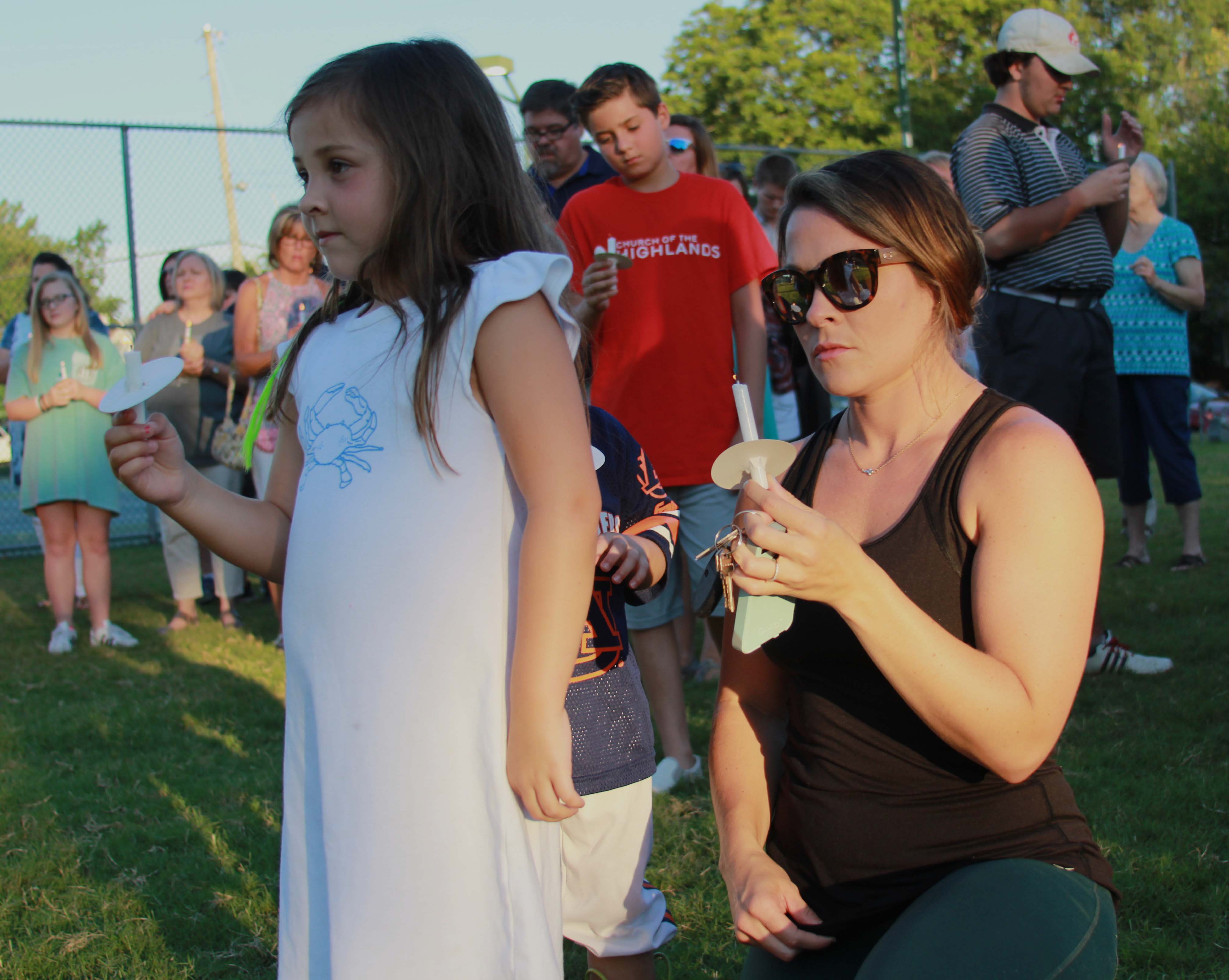 Emily Standridge and her daughter Ava, 6, attend a candlelight vigil for Ava's friend, Maggie Bowles who as critically injured in a wreck Saturday.

VIDEO: Trussville turns out for Maggie 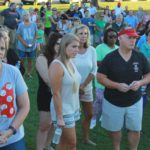 Beads of moisture formed in Lance Pate’s aquamarine eyes late Monday afternoon as he reflected on the local child critically injured in a wreck Saturday afternoon and the outpouring of support for 6-year-old Maggie Bowles and her family.

Pate, 45,the speaker at a candlelight prayer vigil for Maggie held on the mall in front of Cahaba Elementary School Monday, has a child who is a playmate of the injured Trussville girl.

Over the weekend, Pate had to inform his own 6-year-old, Lucy, about her friend’s condition. Maggie remains in an intensive care unit at Children’s Hospital in Birmingham.

“It rips your heart out,” Pate said. “You’re walking through a journey, talking to your children about struggles and pain and hurting. And you just don’t want to do that when they are six.”

Since news of the accident became public, there has been an outpouring of support for Maggie and her parents, Shawn and Kelly Bowles. A Facebook group established to encourage prayers for the child’s healing has garnered more than 9,000 members.

The Bowles family also received support locally on tonight when several hundred concerned citizens came out to the grassy esplanade to pray for the Bowles family.

“It has been really neat to see how the community has come together,” Pate said. “To go from a post that was 500 people to one that is probably 9,000 now … it is a tribute to Trussville,”

Pate added “It has been a huge blessing to know that the community gathers around many families they don’t know.”

Alan Taylor, who helped hand out candles Monday, agreed.  “This community is incredible when things like this happen,” he said.

After candles were lit, Pate, a staff member at First Baptist Church of Trussville, shared news about Maggie’s recovery and led the crowd in singing  “Jesus Loves Me” following a group prayer.

“In the last hour, her dad, nurse and doctor saw a response to touch that they were able to replicate,” Pate read aloud from a recent post made on the Facebook group page.

“All day we’ve just wanted her to react,” Pate said.  “We just want her to stir.”

Despite the glimmer of positive news, Maggie’s situation remains serious.

A family friend who paid tribute to Maggie with her family’s vigil attendance, Emily Standridge, said her daughter, Ava, 6, has been praying for her so softball teammate.

“She loves Maggie. Maggie is a sweet, sweet girl,” Standridge said. “It really hits home when it’s someone your daughter’s age.”

On Saturday afternoon, Maggie was riding with her father along Happy Hollow Road when the family’s vehicle was struck from behind after Shawn slowed down to turn into a driveway.

The collision left Maggie unconscious. The main concern for Maggie’s family and her caregivers is swelling of the brain.

Kelly’s sister, Leigh Stovall on Monday posted to Facebook a video that shows Maggie moving her fingers in reaction to having them cleaned.

She urged members of the Facebook group, which gained an addition 1,000 members immediately after Monday’s vigil, to continue to pray for her niece.

“They need a miracle,” Stacy Campbell, a friend of the Bowles family, said during tonight’s vigil. “I hope they get one.”