BIRMINGHAM – A homicide has occurred at the East Lake neighborhood in Birmingham. On Monday, an unidentified woman was found shot to death in an area popular for drug dealing and other illegal activities, according to a press release by the Birmingham Police Department. 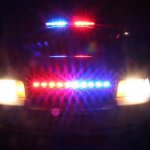 Birmingham police responded to reports of a woman lying at the 8300 block of Fifth Avenue North. According to the report by AL.com, police say that the crime was committed at 8400 block of Sixth Avenue North when the woman was apparently shot before she later collapsed and died.

The woman is estimated to be in her late 30s or early 40s. She did not have any identification on her. Police continue to investigate the case.

“It is unclear as to what led up to the shooting,” The BPD’s press release states. “It appears the victim ran from a dead end street up the hill from this location based on the blood trail that was left behind. It is assumed that due to the extensive running from her attacker the victim [lost] a severe amount of blood. There are very few houses in the area and no one heard any shots being fired.”

EDIT: Updated to add additional information and a quote from the BPD.