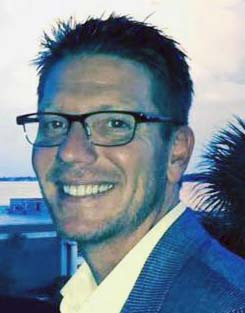 What everyone needs to know about viewing the upcoming eclipse

By Zack Steele
So for the first time since 1979 Americans have the chance to be witness a total solar eclipse, and your friendly neighborhood eye doctor has fielded many questions about what it means and how it can affect your eyes. 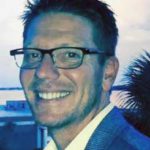 First, in case you’ve been avoiding social media and the news for a month the eclipse is set to take place on Monday. The best viewing area in our part of the world will be somewhere over the western North Carolina and North Georgia mountains. However, we should get a pretty good view from central Alabama if we don’t have our what is almost daily afternoon thunderstorm.
The question I mainly get is how to prevent damage to the eyes and what sort of damage it may cause. I want to be very clear that an eclipse can cause damage to the central part of the retina if precautions are not taken to prevent solar retinopathy, a very real condition.
Solar retinopathy can occur without an eclipse event, if you decide to stare directly into the bright sun.
If you were to try to do this, you would immediately find that your blink reflex would kick in immediately
and you would have a hard time staring.
What makes an eclipse dangerous is that the sun is blocked by the moon, and the majority of the light is blocked out, making it easier to stare. However, harmful rays of light are still emitted from around the edges, and are more concentrated. But since they are emitted in almost a direct ray, they can be much more dangerous. Think of it as a light being emitted through a pinhole, or a magnifying glass directly
into your eyes. Combine this with the fact your pupils will be ever so slightly more dilated due to the fact that there is not as much light outside because of the moon’s shadow effect, and you have a potential dangerous situation.
Solar retinopathy can cause permanent damage to the eye, and the result is usually akin to the symptoms of macular degeneration. Basically what I am saying is this is not to be taken lightly. Madison
City schools have already decided to close early on Monday, with that part of the state expected to have 97 percent of the sun blocked by the moon.
With all this I still think you should go out and enjoy the eclipse. Special glasses are available everywhere online and at most eye doctors’ offices. Welding goggles also will do the trick. If you happen to be stuck outside without these glasses, wearing sunglasses and not looking directly up should prevent serious damage, but to be safe, I would advocate wearing the special glasses available. Check out aoa.org to find reputable places to purchase the paper viewing glasses, which run about for a pair.

Dr. Zack Steele is a graduate of UAB’s School of Optometry. He practices in Trussville and serves on the
Trussville City Council.