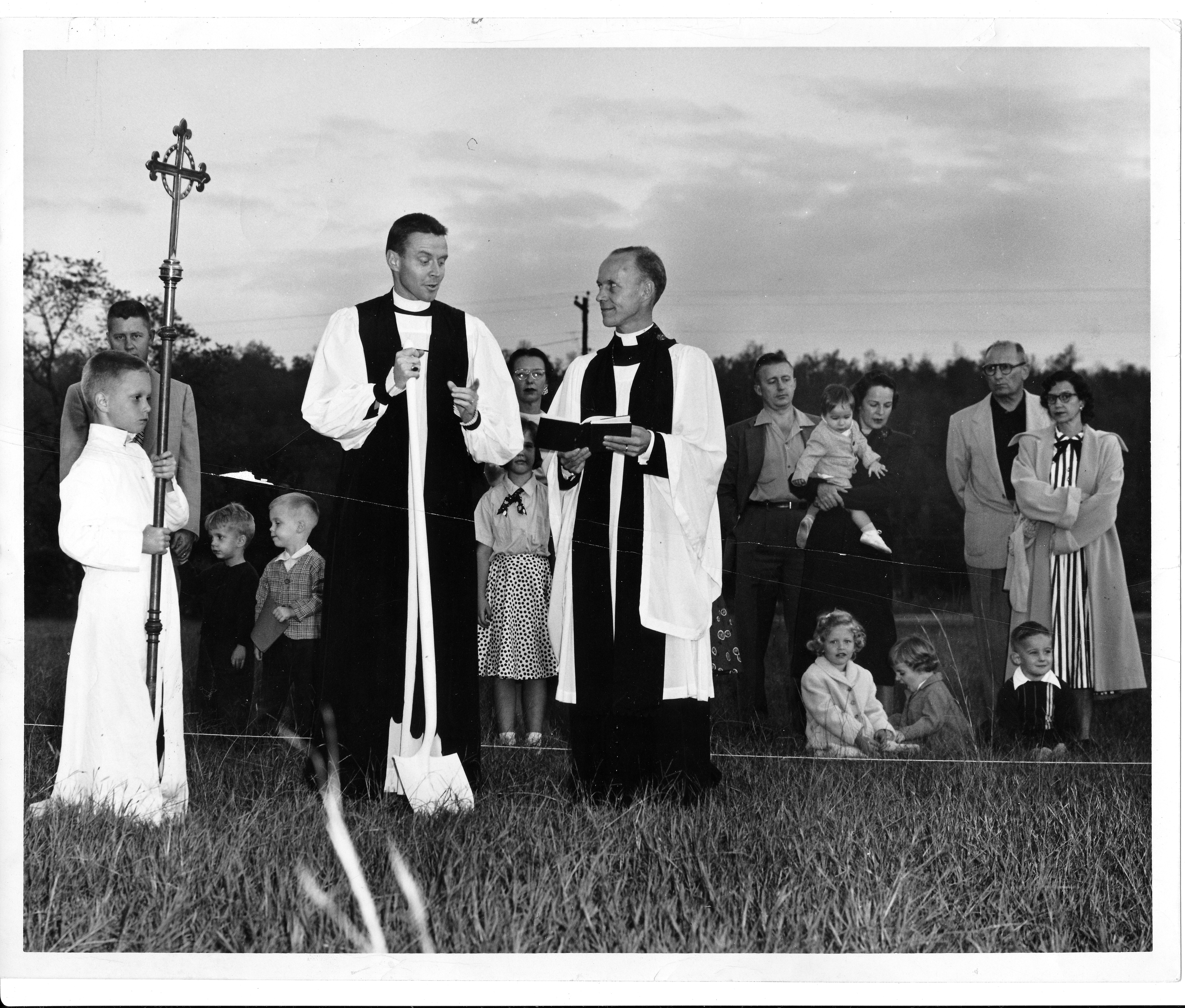 Officials of Church of the Holy Cross take part in the current building's groundbreaking ceremony in 1955.

TRUSSVILLE — One of Trussville’s most historic churches will turn 75-years-old on Saturday. 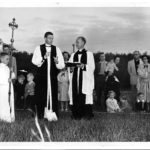 Officials of Church of the Holy Cross take part in the current building’s groundbreaking ceremony in 1955.

To celebrate the 75th anniversary of the Church of the Holy Cross in Trussville, church officials  are inviting the community to their church home located at located at 90 Parkway Drive.

The festivities will take place on the grounds of the Episcopal church  from 3-5 p.m.

The gala will begin with a commemorative presentation at 3 p.m., at which time the church will honor past priests and local dignitaries.

The staff at Holy Cross is now looking for old photos or memorabilia to show those who attend Saturday’s special service.

Anyone who might have such items is asked to submit them to the church office. The church’s communications liaison, Phillip Johnson, assures anyone who lends the church historic photos will them safely returned.

“They’ve done some neat things over the years for our community,” Councilor Alan Taylor said Tuesday during a meeting of the council at which a proclamation regarding the church’s . “We celebrate with you on this 75th anniversary of Church of The Holy Cross.”

Those who attend are invited to bring lawn chairs and visit with friends and fellow parishioners under the Big Tent that will be set up at the church located at 90 Parkway Drive in Trussville.

Johnson said the church has a fascinating story.

“Those bricks are actually used bricks,” he said about the church’s construction. “They were cleaned by hand to build this church.”

Johnson added the church is decorated with some photos of volunteers cleaning those bricks. He added that the first service of the newly constructed church was held in 1955 on Christmas Eve.

The following month, 15 of the group petitioned Bishop Charles Carpenter to allow the formation of a mission congregation. After favorable response, an organizational meeting was held on May 31,  at which elected officers and chose the name Mission of the Holy Cross.

During the next 13 years, the mission’s members met in the Presbyterian Church, at members’ homes, in the Community Center and in the high school. Trussville was still a small town then, with a population of about 2,000.

Land was purchased, and worship space (now known as the Genesis Room) plus some adjoining smaller rooms were erected in 1955. Used bricks were donated for that first construction, and parishioners cleaned them by hand. The first service in the new building was held by candlelight—electricity not having been turned on yet—on Christmas Eve of that year.

For many years the church shared the services of various vicars or rectors with other small congregations in the area. It was not until 1980 that the Church of the Holy Cross, by then a parish church, acquired its first full-time Rector, the Rev. Ronald DelBene. Four years later the church built its current worship space and additional rooms.

The 1980s and 1990s brought significant growth for Holy Cross. From Father DelBene’s arrival until the end of Father James Elliott’s tenure as rector a decade and a half later, Trussville’s population approximately tripled to a total of more than 10,000.

In 1997 the Rev. Stephen Rottgers joined Holy Cross as its rector, a position he would hold for nearly a decade. Among the events of this period was establishment of a Tuesday morning Bible Study, which successfully continues to the present. Another enduring accomplishment was the establishment, with Holy Cross leadership, of the Trussville Ecumenical Assistance Ministries (TEAM). Through this, instead of having “food closets” in each church, area churches now contribute food, clothing and money to a central TEAM location which distributes to the needy.

In 2007 the Rev. Aaron Raulerson joined Holy Cross as its rector. During that first year the Tuesday Bible group was complemented by establishment of an early Friday morning Men’s Bible Study, and this also continues to thrive. Aaron served the church as rector for 7 years.

From 2014 to 2016, Holy Cross went through a period of transition in which its interim rector, The Rev. Joe Gibbes, served at Holy Cross from November 2014 until October 2015. During Joe’s time as interim, plans were made to expand the current facilities to include larger restrooms for both men and women as well as the establishment of a handicap accessible facility. That renovation was completed in September of 2016. Following Joe’s time as interim, The Rev. Steve DeGueck served Holy Cross as interim from Christmas Eve 2015 till October 2016. Both interim periods helped to stabilize the church during a time without a full time priest in place. In October 2016 Holy Cross extended a call to The Rev. Wes Sharp to be the new Rector of Holy Cross. Sharp and his family began their time at Holy Cross on Nov. 1, 2016 preaching for the first time on Nov. 6, 2016. Sharp and his family and continue to worship and serve at Holy Cross.

In anticipation of our 75th anniversary celebration Johnson made a video featuring Jeannine Sizemore, the oldest living charter member, along with Gloria Smith who was present at the very first service.

Below is the video in which Sizemore and Smith share some thoughts about their experience while standing in front of a painting of the original building and photos showing the cleaning of the bricks and the original structure.