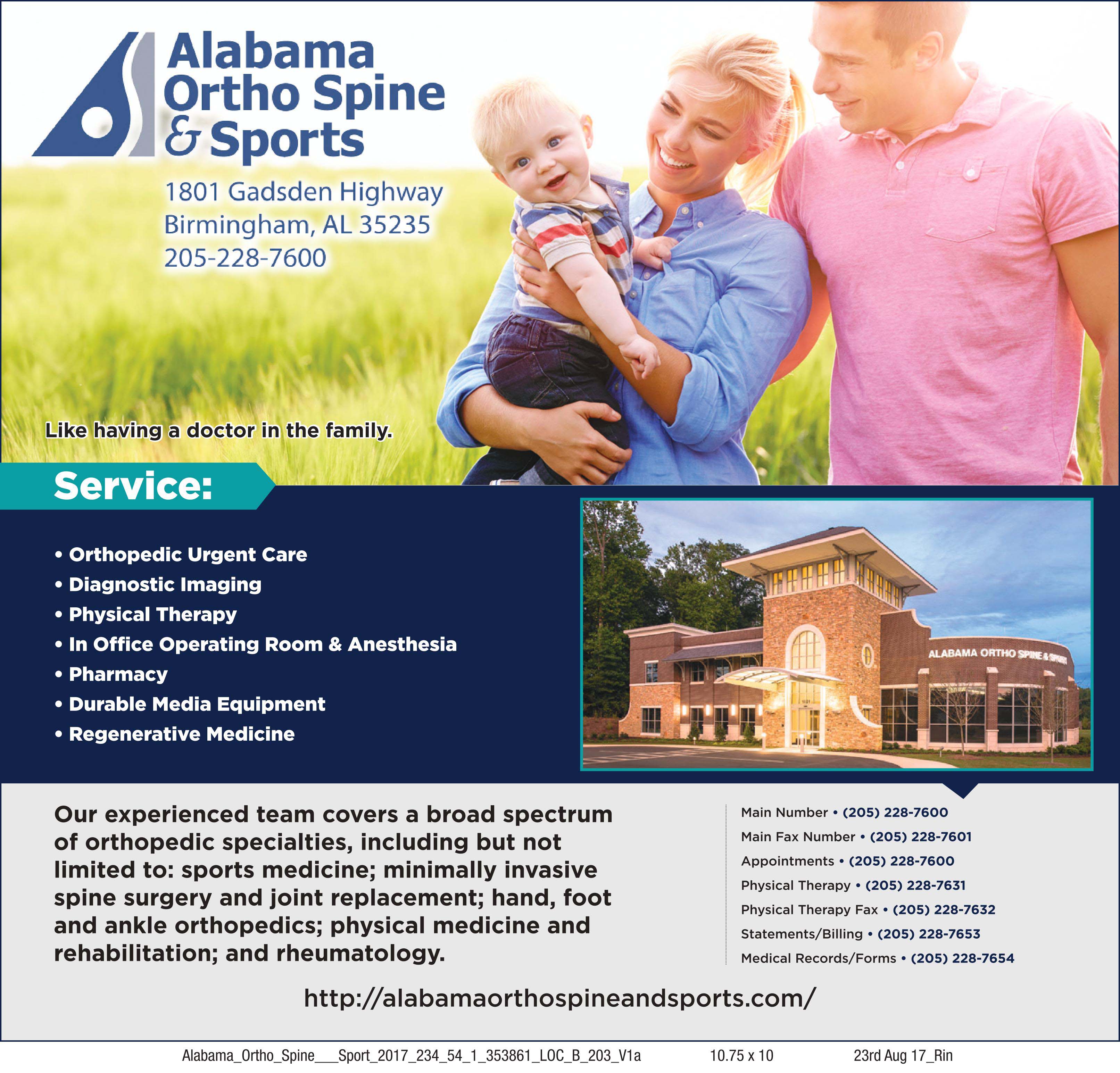 TRUSSVILLE – The history of Alabama Ortho Spine and Sports begins in 1987 when it was established by Dr. Perry Savage, who first entered orthopedic practice in 1974. 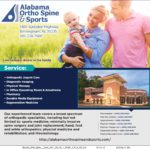 AOSS is dedicated to treating conditions related to the musculoskeletal system as well as sports injuries.
The fields that AOSS works in are: sports medicine, minimally invasive spine surgery, foot and ankle, minimally invasive joint replacement, hand, physical medicine and rehabilitation and rheumatology. Two doctors who specialize in sports medicine talked about their work at AOSS.

“I’d say most of the people I treat are either high school level or recreational athletes,” Dr. Tyler Marshall said. “The weekend warrior that injures himself or herself doing what they love on the weekends. They come in and hopefully we can find a quick solution to their issue.”
Marshall’s role at the clinic is in treating ACL (Anterior Cruciate Ligament) injuries, cartilage injuries, as well as performing rotator cuff surgery, minimally invasive hip arthroplasty, and knee and hip replacements. He does extensive work with the shoulder.

In minimally invasive surgery, Marshall uses a camera for the majority of his surgeries. A small incision is made where a miniature camera or laparoscope can go inside.

“I just do a little poke hole incision so that the patient doesn’t have a large incision to recover from,” he said. “This process is to expedite recovery and get people better faster.”

Savage started AOSS at St. Vincent’s East in Birmingham but moved it to Trussville to make room for expansions. The new location opened in 2015. It currently staffs 12 physicians at its location.

“This building is unique,” Marshall said. “We like to think of it as a one-stop shop type thing so you can come in, see your doctor, get all of your imaging studies done – X-rays, MRI’s, CT scans – whatever needs to be done, we can handle it here.”

“Really, we have everything that anyone could ever need under one roof,” Marshall said. “And that’s very convenient for the patients. It saves them time and reduces any anxiety that could arise from having to search out different locations in order to meet their needs”

For ease of registration, patients can use kiosks in the reception area to enter their information. An account can be set up where patients can enter the purpose of their visit and their insurance information before they see a doctor.

Dr. Mark Rogers is an orthopedic sports medicine specialist at AOSS, as well as a shoulder and elbow specialist. He once worked with the Carolina Panthers while in fellowship training in Charlotte, NC. He described sports medicine as specializing in athletic injuries most often of the knee, shoulder, elbow and hip.

“The shoulder and the knee are complicated joints,” he said. “There’s a lot that can go wrong in them and it’s challenging from a cognitive standpoint but it’s also the procedures – they’re fun procedures to do and you can make a big difference and an impact on somebody’s life and their career by addressing the problems that they have.”

Like Marshall, Rogers is involved in treating ACL, cartilage and shoulder injuries. As an elbow specialist, he performs what’s called Tommy John surgeries and elbow replacements.

Tommy John surgery is when a ligament in the medial elbow is replaced with a tendon from another part of a patient’s body or from donated tissue.

Injuries are typically caused by both accidents and overtraining, Rogers said.

“A lot of what we see is where [a patient has] been injured in a game or practice,” he said. “But also on the flip side of that, we see things that are called overuse injuries and that is exactly what it sounds like. There’s a lot of talk now in sports about overspecialization too early and kids not getting enough breaks between the seasons of their sport.”

Often enough, injuries can be the result of playing just one sport too much. A baseball player who plays this sport for too long and doesn’t vary their activities with other sports may end up with an overused arm.

Rogers encouraged younger athletes, particularly those in high school, to try and play others sports so as to not put too much stress one body part or motion. Giving one’s self time to rest is another factor in staying in good condition.

For the weekend warrior, daily exercise and proper stretching before playing a sport can keep someone from being more prone to injury.

AOSS has a lengthy reach when it comes to its patient base. Rogers said that many athletic patients at AOSS come from the local areas, namely from Hewitt-Trussville, but they are known to come from as far south as Auburn and sometimes as far north as Huntsville.

“I love doing what I do,” he said. “There are some obvious headaches and hassles that come with healthcare these days, but as far as the doctor-patient relationship, as far as surgeries, the type of medicine that I practice – I love that aspect of it.