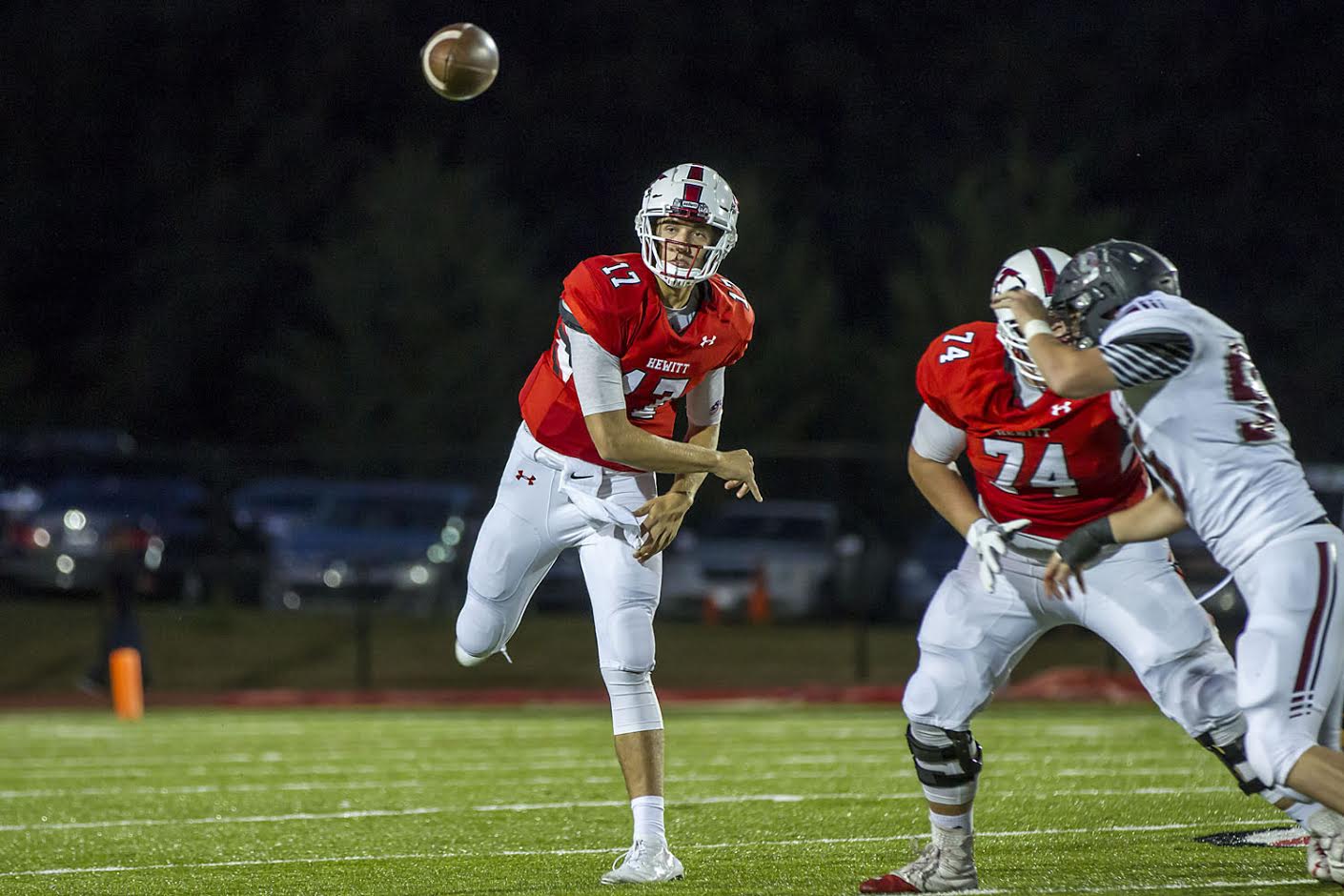 Quarterback Paul Tyson went 16-of-18 for 305 yards and three touchdowns. 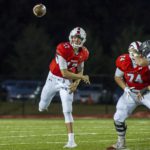 Quarterback Paul Tyson went 16-of-18 for 305 yards and three touchdowns.

Clean up the turnover bugaboo from last week? Check.

Clean up the penalties? Uh, well, we’ll get back to you on that.

Call it a pretty solid evening for the Huskies as they disposed of Grissom 49-7 in a game that was really not as close as it sounds.

Except for a lost fumble by the reserves, a bunch of penalties and a long TD run by Grissom when the game was long over, coach Josh Floyd had nothjing to complain about.

“I felt like we had a good week of practice,” Floyd said. “I told our guys practice does matter.

“We had a lot of holding calls. We’ve got to do a better job there. But I was just proud of our kids. The defense played great.”

Simon Miskelley had one of those great plays. The senior linebacker dropped back in zone coverage, picked off a pass and raced 35 yards for a score to put Hewitt up 21-0 with 5:49 left on the fist quarter.

“No doubt that was huge,” Floyd said. “Simon’s a very opportunistic player. I knew he was going to get one on someone this year.”

Quarterback Paul Tyson, who had most of his success last week against Gadsden City with the vertical passing game, was able to stretch the field. He played barely more than a half, but had a stellar night. The junior was 16-of-18 for 305 yards and three touchdowns. One of the big throws was a 57-yarder to Elliott McElwain was before the half to push the lead to 35-0.

“I thought it was a really good read by Paul,” Floyd said.

Myles Mason made his Husky debut in a big way.

“It was great to get on the field after two weeks but it feels like forever,” the transfer from Pleasant Grove said.

Mason, playing both ways, rushed for 70 yards and two scores, one on a powerful 32-yard run, stiff-arming a Grissom defender to the ground and racing into the end zone.

“Myles had some big plays on both sides of the ball. Had some big time runs for us on offense,” his coach said.

Antonio Reed closed the scoring for the Huskies with a 62-yard burst around the right side late in the third quarter.

Grey Ryle quarterbacked most of the second half and was very effective running the ball. Jackson Holland finished up, and the Huskies drove to the 5 before taking a knee to end the game.

Hewitt returns home to host Buckhorn in another Region 4 game next Friday.