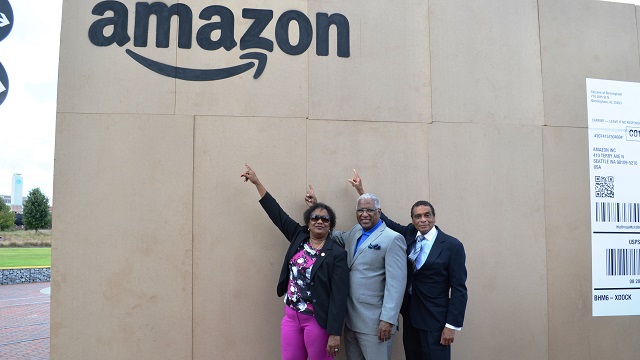 Mayors Tom Henderson of Center Point, William,  Bell of Birmingham, Walt Maddox of Tuscaloosa, Mayor Tom Henderson of Center Point,  Gary Richardson of Midfield and Jack Draper of Anniston will hold a press conference at 10:30 a.m. Friday to discuss the possibility of Birmingham luring Amazon to located its secondary corporate headquarters to the city. 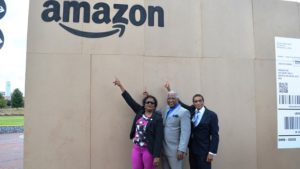 On Monday Birmingham and Jefferson County officials announced the launch of  a campaign to attract Amazon to Alabama.The press conference will be by the Amazon Prime Box at the The Pizitz building in Birmingham, 120 19th Street North.

Bell said the city’s bid for the headquarters is due in less than 30 days.

Local residents are also urged to express their interest in drawing the online retailer to Jefferson County. Amazon Prime boxes the size of a building  have been placed at The Pizitz, Railroad Park and at Legion Field where local citizens are urged to take and post on social media selfies or videos at the locations.